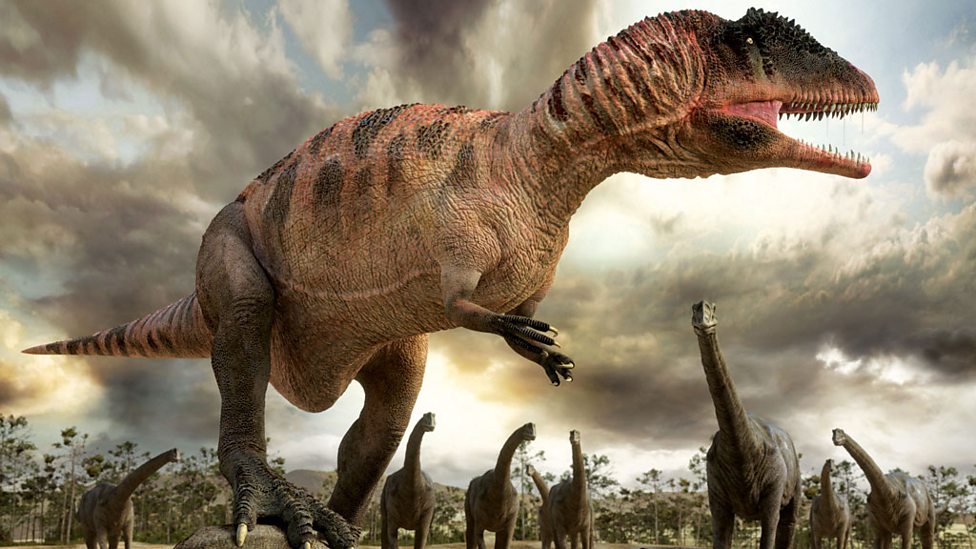 T. rex doesn't really need an introduction, but let's provide one anyway. This "tyrant lizard king" was one of the most fearsome killing machines in the history of life on earth; full-grown adults weighed in the neighborhood of seven or eight tons and were equipped with massively muscled jaws studded with numerous, sharp, shearing teeth. For all that, though, there remains some disagreement about whether T. rex actively hunted for its food, or preferred to scavenge already-dead carcasses.

Below are 9 of his most powerful theropod antagonists.

“Earth lizard” The pack hunter known as Mapusaurus lived in the late Cretaceous of South America, about 95 million years ago. It grew to sizes that are comparable to Tyrannosaurus, about 10.2 (33 ft) to 12.2 meters (40 ft) but not as large as its cousin: Giganotosaurus. Some people suggest that this comparison to the larger and more powerful Giganotosaurus caused Mapusaurus to become self conscious. 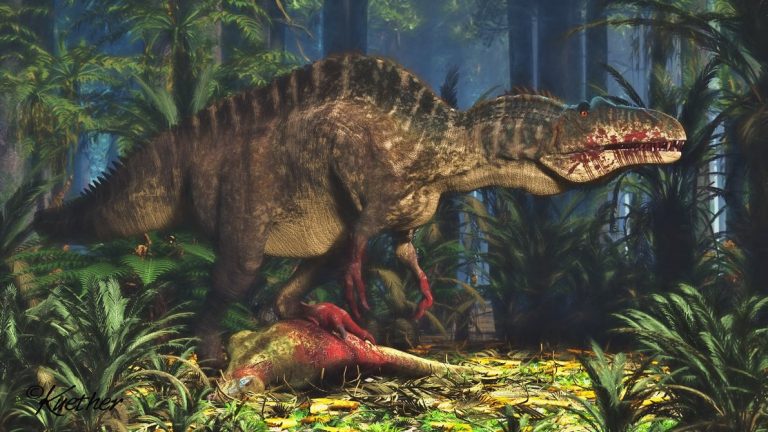 “High spined lizard” Found in the southern United States, this wannabe Spinosaurus roamed the coasts of an inland sea that separated North America into three islands in the Cretaceous period. Growing up to 11.5 meters long (38 ft) and weighing almost 6 tons, it still was not as large as the famed Giganotosaurus of the south. 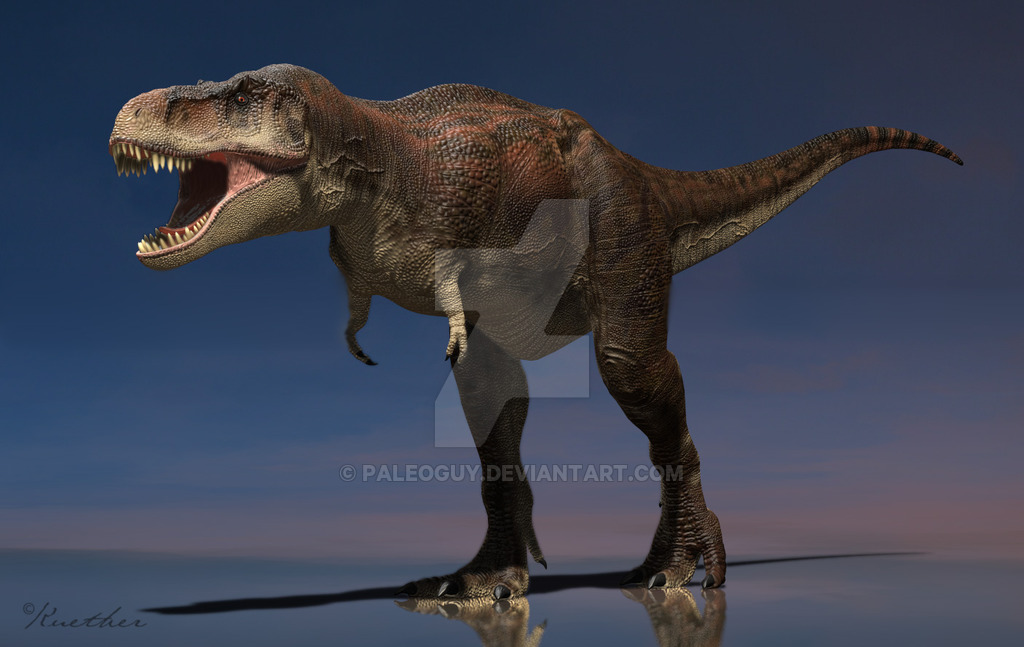 “Zucheng tyrant” This Asian tyrannosaurid rivaled its North American counterpart both in size and weight, growing up to 12 meters in length (39 ft). Zhuchengtyrannus ruled China long before the emperors that lived after it, and defended its territory from invading Mongolian dinosaurs even without the help of a rousing song about manhood. 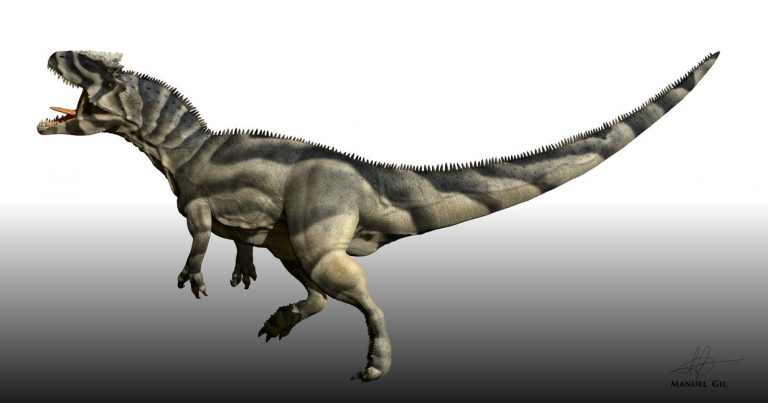 “The lizard-eating master” The oldest dinosaur on this list, Saurophagnax lived at a time where dinosaurs weren’t so prissy and ornate. The predators didn’t have sails and it sure didn’t have stubby useless little arms. Nope. Everything in the Late Jurassic was meant for REAL killing. Scavenging is for the weak. Hunting is for REAL dinosaurs. If you want it done right, use your own 13 meter (43 ft) bulk to overrun them. Yep, everything was better back then. And don’t get it started on herbivores. 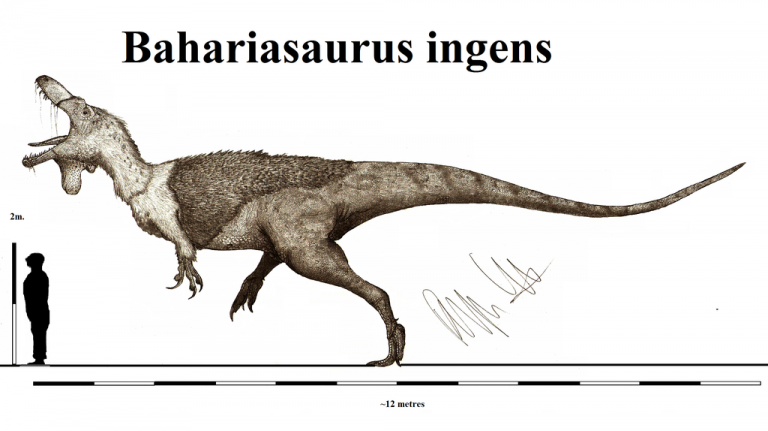 “Bahariya lizard” There is not that much known about this dinosaur. It may or may have not been related to Deltadromeus, a skinny little scavenger. It may have been related to Carcharodontosaurus, which was pretty much the lovechild of a Terminator and a lizard. At around 13 meters (43 ft), it may be the largest ceratosaur ever (a group that was kinda dying out when this guy came along). 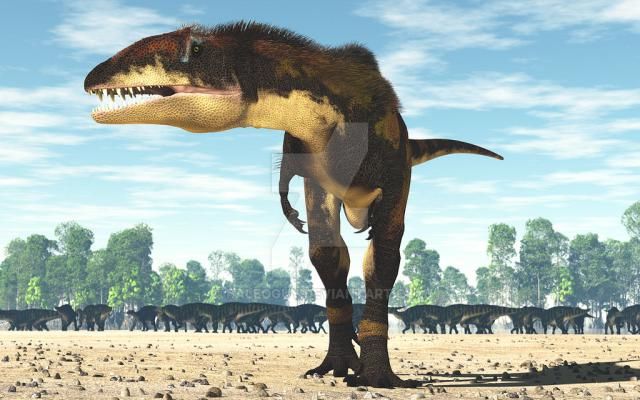 “Shark toothed lizard” Once thought to have had the longest skull of any predatory dinosaur, this African predator unfortunately had to hand its title over to its South American relative, Giganotosaurus. Needless to say, Carcharodontosaurus was devastated. Years spent on expensive prehistoric gyms and surgeries to look the part, evolving teeth that looked horrifyingly similar to shark teeth, and growing to sizes of 13 meters (43 ft) and it was bested by some runt across the pond? This will not stand. 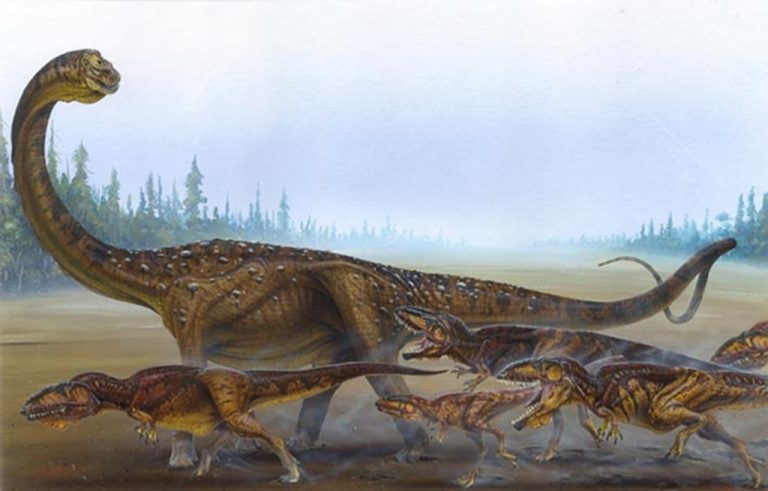 “Giant southern lizard” Gathering from the past dinosaurs on this list, Giganotosaurus is kind of a “king”. It makes other dinosaurs look weak. It steals titles from its own kin. It probably also cannibalized its young when times were tough. This 13 meter (43 ft) predator, however, was a perfect hunter. There is evidence of Giganotosaurus and Mapusaurus hunting together. 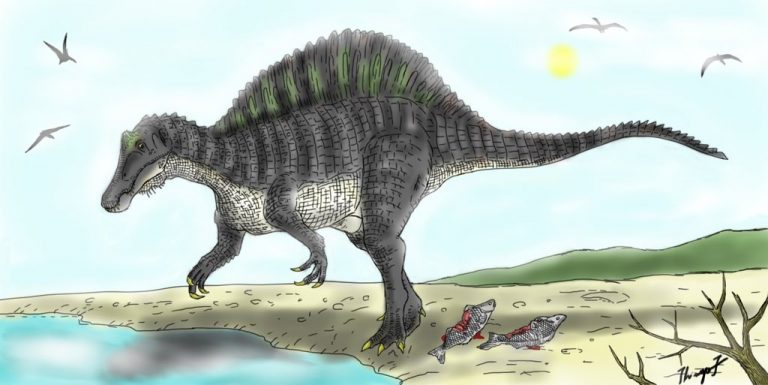 “Oxala” Spinosaurus’ South American cousin, Oxalaia was much like its larger relative. Like all spinosaurs, Oxalaia fed almost exclusively on fish and occasionally scavenged on carrion left by more well adapted predators. Its 14 meter long (46 ft), 7 ton bulk would have scared other predators into giving up their food for it. Its like that school bully you had back in Grade 3 only it had a sail to help it keep warm. 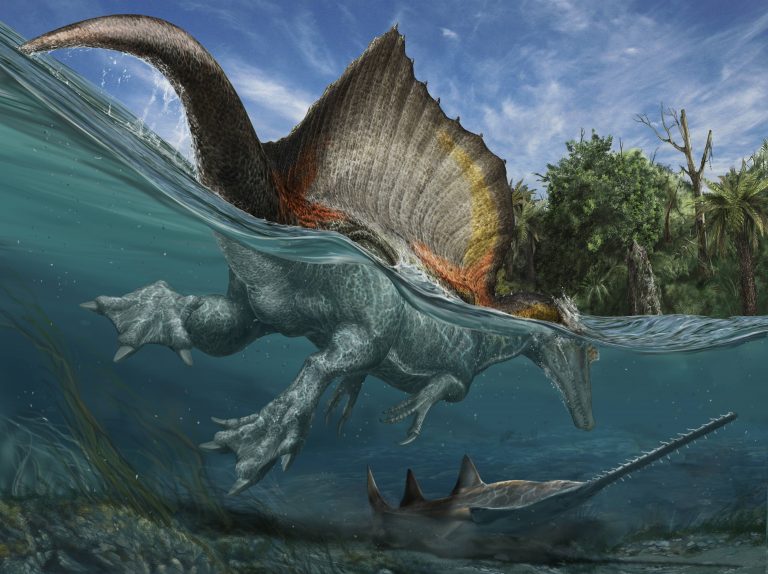 “Spine lizard” 18 meters long (59 ft) and 21 tons, this monster from Africa made history by breaking Tyrannosaurus’ neck in Jurassic Park 3. However, this wouldn’t have been possible considering that Spinosaurus itself has claimed that it is a strict piscivore (fish eater) and wouldn’t dare hurt a scale/feather on the Tyrant Lizard King’s head. Spinosaurus, however, does enjoy swimming and fishing, especially when fish back in the Cretaceous grew to enormous sizes. Mawsonia, a relative of the coelocanth, was around at an average of 6 meters (19 ft); and Onchopristis, the sawfish pictured, was around 10 meters long (32 ft).