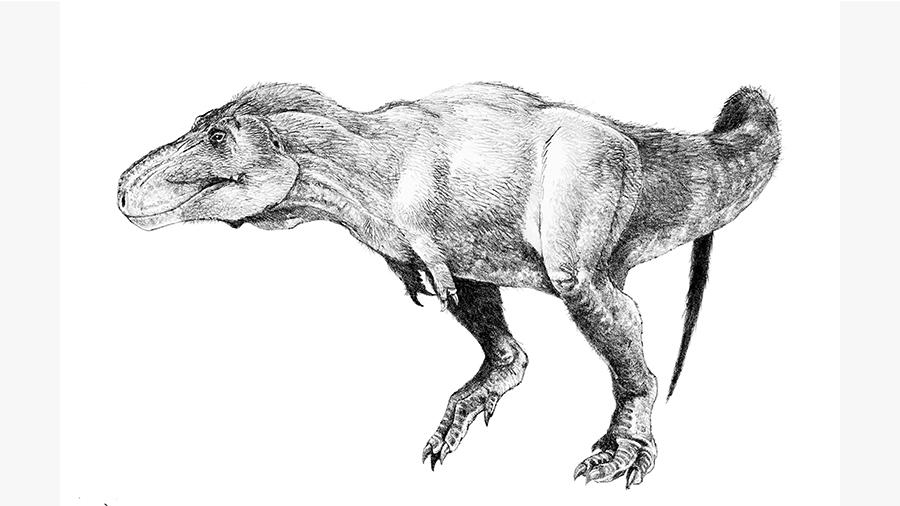 Michael J. Benton, expert palaeontologist and author of 'The Dinosaurs Rediscovered', reveals his top ten dinosaur discoveries that have changed our understanding of dinosaurs over the last 30 years.

The Dinosaurs Rediscovered is the new book by expert palaeontologist Michael J. Benton, summarised perfectly by Steve Brusatte, author of The Rise and Fall of the Dinosaurs: The Untold Story of a Lost World who says, ‘If you want to know how we know what we know about dinosaurs, read this book!’

1 Some dinosaurs had feathers that carried patterns of colourful stripes and blobs.

Feathers are made of a tough protein called keratin and they can be fossilised. Deep inside the feathers are melanosomes, capsules that contain the pigment melanin, and the shape of the melanosome tells us the colour of melanin, such as black, brown, grey, blonde, or ginger. These melanosomes are preserved beautifully in the fossils…

2. Tyrannosaurus rex had a bite force that was ten times more powerful than that of the biggest biter today, the Great white shark.
We can never go back in a time machine to test this, but we have modern engineering models. The researcher makes a perfect 3D digital model in the computer of a T. rex skull, and then subjects it to stresses and strains to work out what was possible. The engineering software is used to design aircraft, tower blocks and bridges, and it works. Therefore, it works for fossils too…

3. Equally though, T. rex could not gallop or run, but ambled along at a leisurely pace.
Palaeontologists had big debates over whether T. rex could run or just amble along slowly. Engineering testing gives us the answer – it could walk briskly at best. If T. rex broke into a run, it would break its legs. How do we know that? When you run, you express a multiple of your body weight – up to ten times -through the leg that hits the ground. Think of that for a 5-tonne T. rex!

4. Dinosaur babies all hatched from eggs, and they were tiny – a 1 kg baby vs. a 50-tonne mother.
The first dinosaur eggs were discovered 150 years ago, and since then hundreds of nests and eggs have been dug up. Some of them even contain the tin y bones of the unhatched baby inside. So, we can match the egg (and baby) to the parent dinosaur that laid the egg, and then work out the relative sizes of mother and hatchling baby. 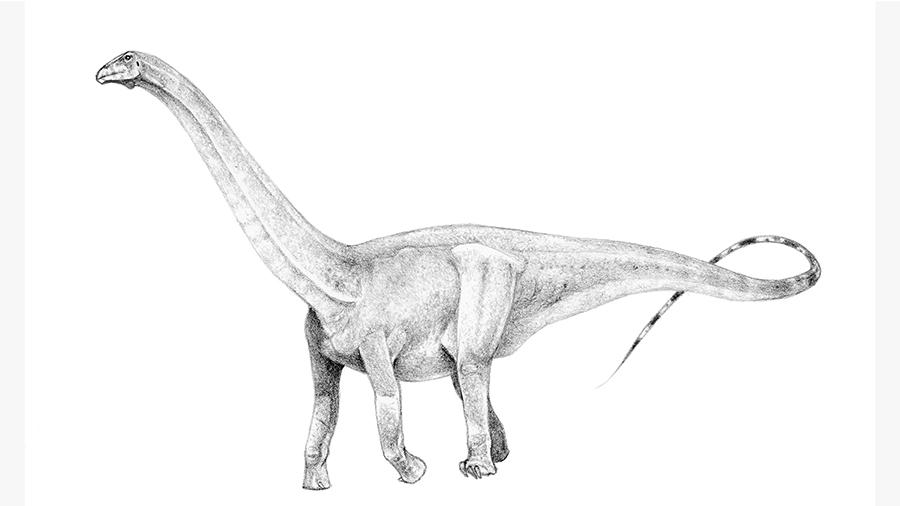 5. The sauropods such as Diplodocus or Brontosaurus got to be so huge (50 tonnes) compared to an elephant (5 tonnes) because they had a combination of low-input warm-bloodedness (so they didn’t have to eat a huge amount), tiny babies and egg-laying, and minimal or no parental care.
Palaeontologists have debated how the giant dinosaurs could survive – they were 50 tonnes (ten times the size of an elephant), so how could they pack in enough food? It was all down to their reptilian physiology and behaviour – they did not spend a lot of energy on keeping their body temperature constant (nine-tenths of what a mammal eats is for this) or in child care (lay lots of eggs and leave them) – so they ate about a tenth of what a mammal of the same size has to eat.

6. Dinosaurs dominated the Earth for 165 million years, but they rose to dominance only after some major changes in climate.
We think of dinosaurs as taking over the world at the expense of all the primitive reptiles they replaced. But it took them 30-40 million years to achieve dominance. The first dinosaurs were small, maybe 1 metre long, and fed on small, lizard-sized prey, but they were not ecologically important until after a dramatic episode of global wetting and drying climates 230 million years ago.

7. Dinosaurs had a super-efficient respiration system like a bird, drawing the air into their lungs, then passing it through air sacs around the backbone, and back out through the mouth; this is a much better way to exchange oxygen and carbon dioxide than the tidal system in mammals.
This helped them to be huge (see Q. 6). In mammals, we breathe in and out, but there is ‘dead space’ in our lungs of slightly rotten air that doesn’t budge. In birds (and dinosaurs), they breathe in air rich in oxygen, and it passes rapidly to additional air sacs, then to the body, and they expel the spent air. They can process twice as much air twice as fast as mammals. 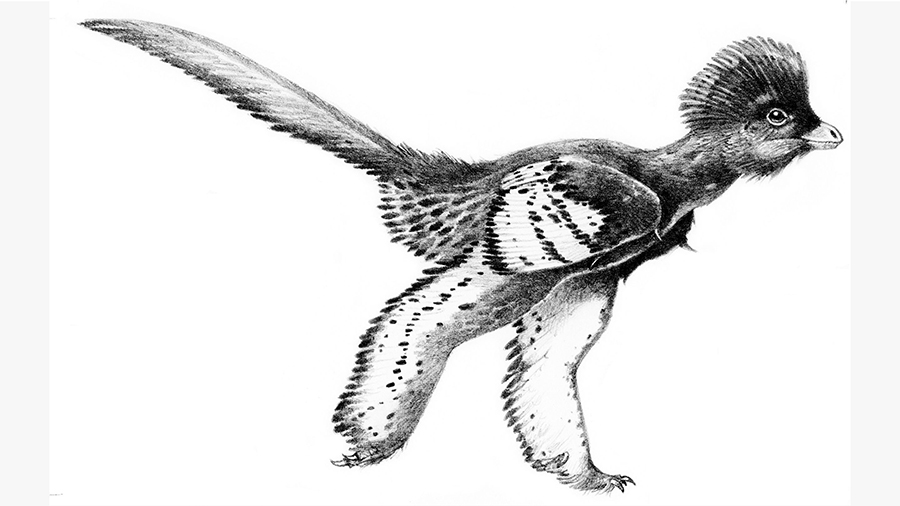 8. The giant plant-eating sauropods divided niches by feeding in different ways – some pulled back on tree branches, stripping the leaves off as they did so, whereas others crunched leaves and branches whole.
How can we know this without a time machine? It’s all down to engineering study of the jaws and teeth. Some species have deep jaws and powerful muscles for chomping their plant food, but others have all the teeth at the front of their jaws, and strong neck muscles, so they grasped a leafy branch, and pulled back, stripping leaves that they then swallowed whole.

9. So far, nobody has found any dinosaur DNA, and indeed this is unlikely as DNA is a very fragile molecule that breaks up in 100 years or less.
This was the classic story of ‘Jurassic Park’, the Michael Crichton book and film from the 1990s, but it’s unlikely. DNA is a very delicate molecule that breaks up as soon as you die. It’s even difficult to read the DNA of an animal that died 100 years ago, let along 100 million years. Some molecules like melanin (see Q. 1) are tough; others (like DNA) are not.

10. Dinosaurs may have been in decline – just a little – for the last 40 million years of the Cretaceous, as climates got colder, but they were then done for by the meteorite strike 66 million years ago.
The meteorite definitely hit the Earth – we have its crater and the stuff it threw up and out – glassy beads, tsunami waves, and iridium-enriched dust. But were the dinosaurs at full force when the meteorite hit the Earth? New work suggests they were already in decline – just a little – up to 40 million years before the end, probably linked to cooling climates.

Expert palaeontologist Michael J. Benton reveals how our understanding of the dinosaurs has been transformed by huge strides in technology in his new book The Dinosaurs Rediscovered.

An international group of researchers that...

Jurassic World 3: Characters We Wish To See In The Next Installment

The Jurassic World franchise took a lot of...

Hunting for Dinosaur Bones in the Digital Age

The Gobi in fact encompasses both desert and...

While fossils provide us clues of the basic...

Paleontologists Find New Species Of Archaeopteryx, The ‘Missing Link’ Between Dinosaurs And Birds

Paleontology has helped unearth some of the...