What's Behind The Scenes Of The Carnegie Museum Of Natural History? | Paleontology World

What's Behind The Scenes Of The Carnegie Museum Of Natural History? 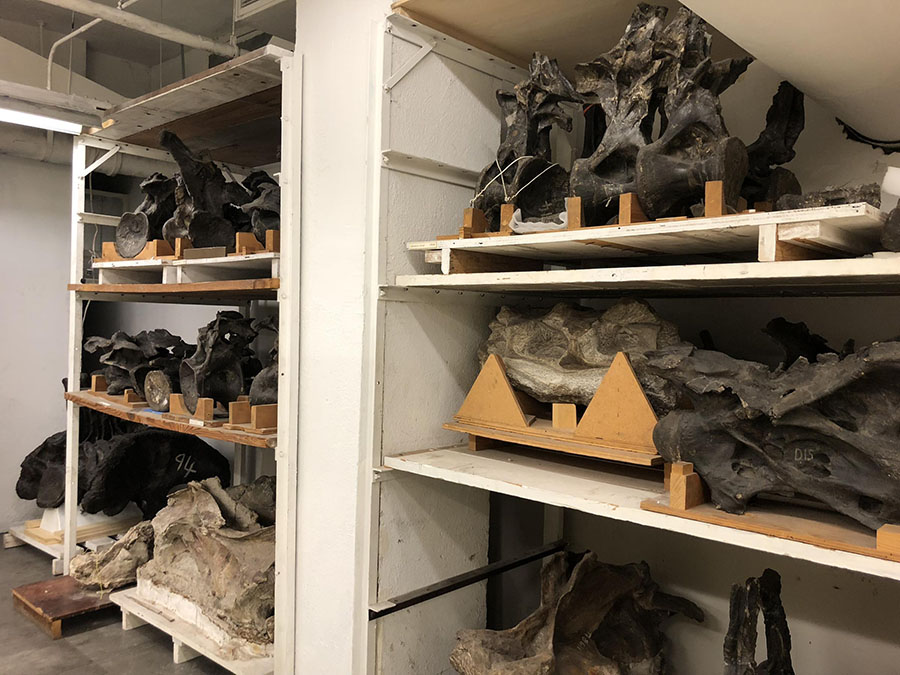 The Carnegie Museum of Natural History is expansive — a person could spend hours walking the different exhibitions. But what's on display is only a small portion of what's in the museum's possession.

Some of the off-display materials are viewable in the museum's Paleo Lab, through a thick wall of glass.

"The Paleo Lab is our fossil preparation laboratory that's actually on display," said Matt Lamanna, a dinosaur paleontologist at the museum. "So it's a literal window into scientific activities that happen here at the museum." 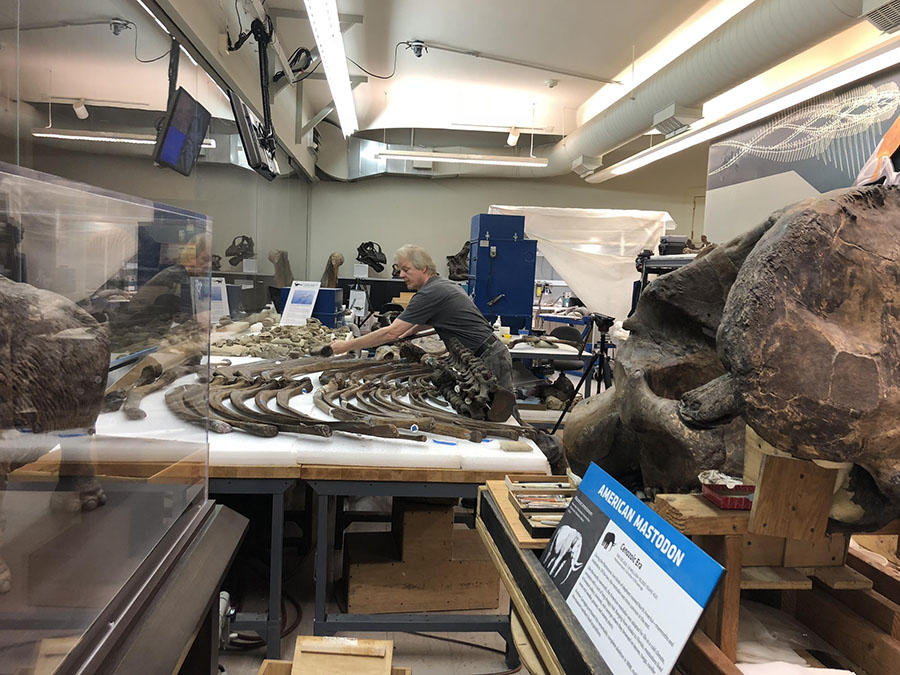 Those activities include matching vertebrae to joint pockets and cleaning up dust. On this day, the restoration is on a 12,000-year-old mastodon skeleton. The ancient elephant ancestor was purchased by museum benefactor Andrew Carnegie in 1898, but was taken off display a few years ago for restoration.

The museum's vertebrate paleontology specimens are ordered in the number of acquisition. The mastodon is number 67.

"Being on display for over 100 years, even people walking by, like the subtle vibrations, add up over the course of hundreds of thousands of visitors a year," Lamanna said. "So the fossil was starting to degrade."

The rest of the museum's off display collection is down a hidden hallway, behind some curiously labeled doors. Most of the paleontology specimens are kept in the Big Bone Room.

"This is where we keep roughly 90 percent of our dinosaur fossils," Lamanna said. "Along with fossils of fishes, amphibians, other types of reptiles and birds."

The room is enormous, and filled floor to ceiling with organized bones. Some are large, like pelvises that are several feet wide. The majority, however, are small -- the room has vials upon vials of teeth. 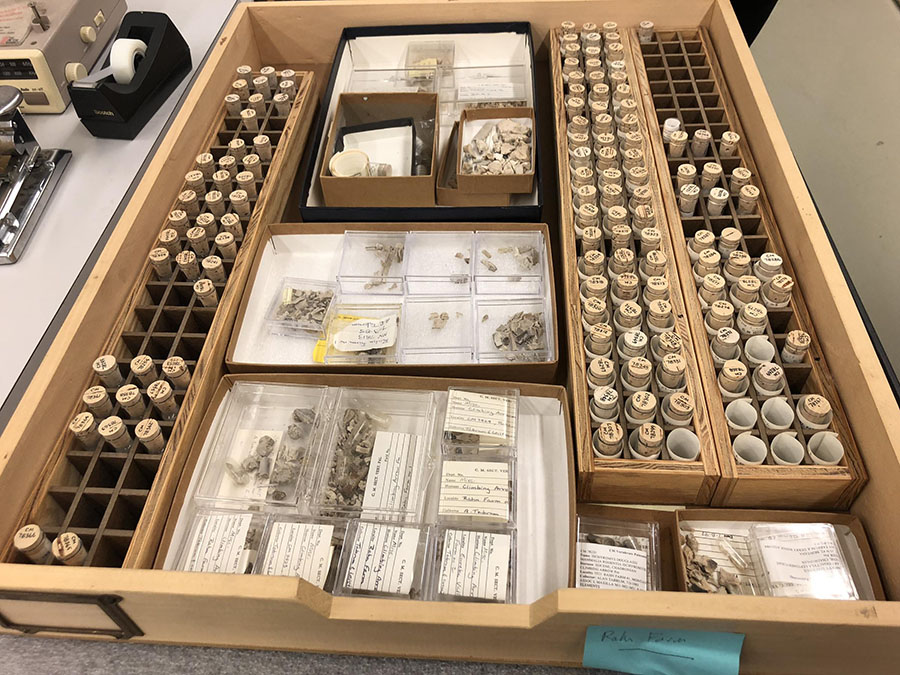 "There's even some mammal fossils in here, but the bulk are across the hall in the Little Bone Room," Lamanna said. The rooms get their names from their square footage, not the contents -- though Lamanna said the Big Bone Room actually does have some of the biggest bones.

The Carnegie Museum of Natural History keeps lots of  items in storage because they have a lot of duplicates, and some are too fragile for display. But many fossils are simply better used for research, and less visually interesting to the public. Scientists fly in from around the world to study pieces in the collections archives, which Lamanna describes as a kind of library system.

There's a lot for them to sift through, because the archives go beyond paleontology. The museum's invertebrate zoology collection — meaning insects and crustaceans — has about 11 million specimens. This is the largest of the museum's sections, and is thought to be one of the most comprehensive in the world.

The museum has nearly 1.5 million artifacts from Native American, pre-European cultures, including artwork and traditional garments. They also have hundreds of thousands of birds and botany specimens. Altogether, the museum says it has an estimated 22 million specimens and artifacts.

Lamanna digs through the archives and pulls out an important piece — an abdominal rib bone from the first Tyrannosaurus rex skeleton ever found. Its discovery was a big deal at the time, and because it's the first, every subsequent T. rex skeleton that's uncovered is compared to it. 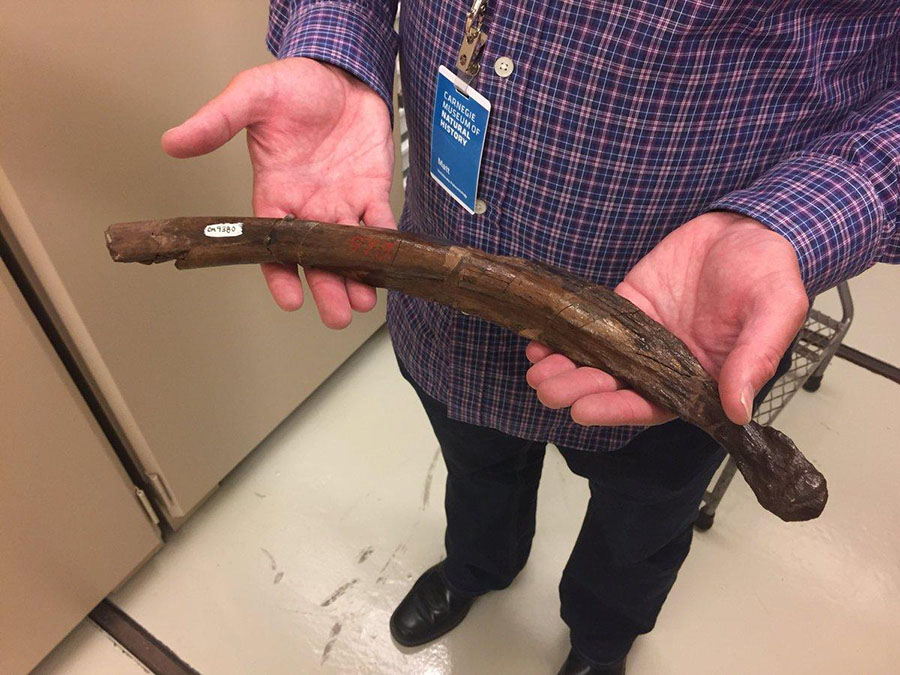 "This particular one is down here because it actually came to us after we completed the renovated mount back in 2008," Lamanna said.

Researchers at the American Museum of Natural History in New York realized this bone belonged to Pittsburgh and returned it. Replacing the bone on the rest of its body on display would be expensive, and Lamanna said it's more useful for researchers to have easy access to it. Paleontologists like to view a fossil from all sides, photograph it, measure it, and maybe examine it under a microscope.

That bone, once a part of the body of a T. rex that lived about 66 million years ago, now sits among countless other bones in a basement in Pittsburgh.