Back From the Dead? Jurassic Park Gene Technology Could CLONE Extinct Tasmanian Tiger 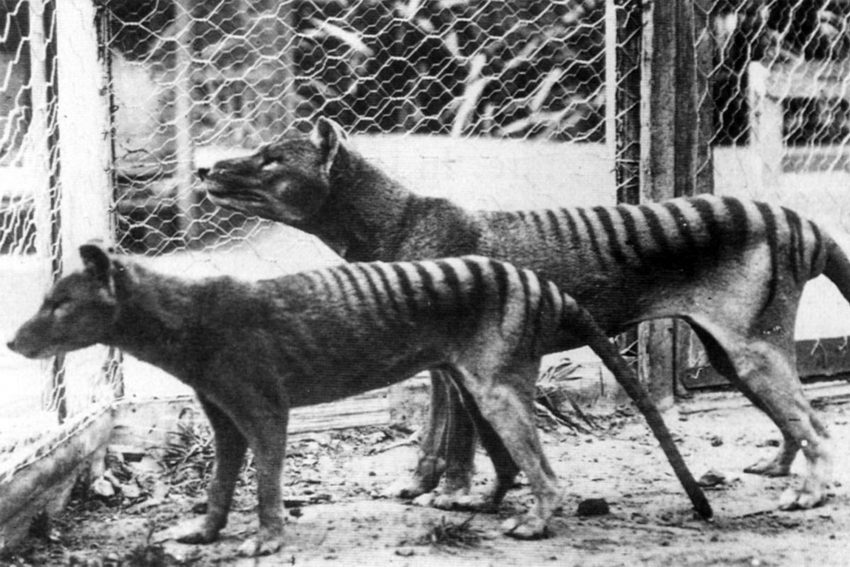 AN extinct marsupial “tiger” is to be brought back into existence by an Australian scientists who successfully mapped its genetic sequence.

The tantalising prospect of resurrecting the Tasmanian tiger, or thylacine – once the stuff of science fiction movies like Jurassic Park – has taken one step nearer reality following a pioneering study, which as based on examination of the DNA of a female cub preserved in ethanol since 1909.

Andrew Pask, a researcher from the University of Melbourne, which undertook the study, said sequencing the thylacine’s code was a first step in cloning the animal.He explained: “As this genome is one of the most complete for an extinct species, it is technically the first step to ‘bringing the thylacine back’.”

However, Mr Pask sounded a note of caution, adding: “We are still a long way off that possibility. We would need to develop a marsupial model to host the thylacine genome, like work conducted to include mammoth genes in the modern elephant.” 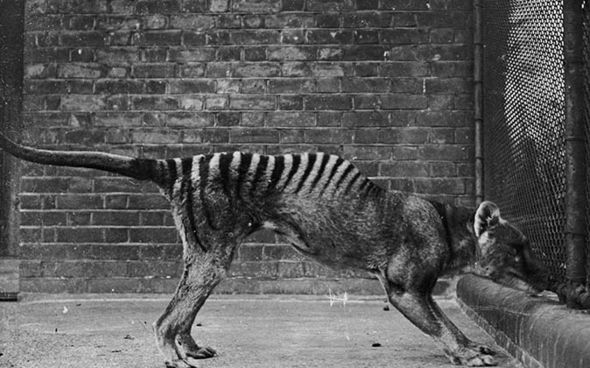 The thylacine – which despite the name, was not closely related to the tiger – became extinct on mainland Australia 3,000 years ago, but survived on the island of Tasmania until the 20th century. It was hunted there relentlessly by European settlers who regarded the animals as a threat to their sheep, with the government offering a bounty of £1 per carcass. The last known specimen, a male known as Benjamin, died in Hobart Zoo in 1936, although the species was not officially declared extinct until 1982. 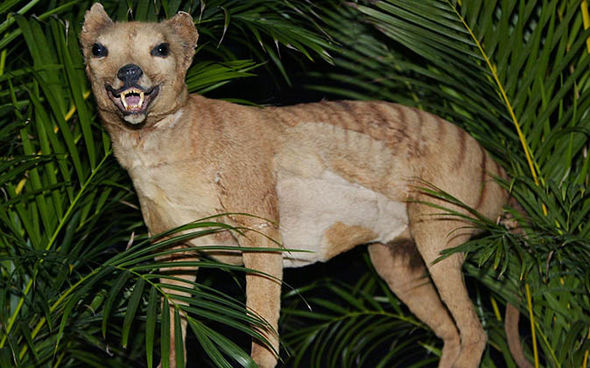 However, the study also found that the thylacine was at risk of extinction as a result of a lack of genetic diversity, which meant it had difficulty adapting to changing environmental circumstances. Mr Pask said: “They were actually in pretty bad genetic shape and it wasn’t because of their isolation on Tasmania. It was a longer-term decline in their history. “We certainly made them go extinct — there’s no question about that. But we now know even if [thylacines] were still around today they’d probably be in the same genetic dire circumstances as the Tasmanian devil [another species which is under threat].”

The study – which was published in the scientific journal Nature Ecology and Evolution – suggests that the thylacine’s genetic health became compromised 70,000 to 120,000 years ago, and that the Tasmanian population became isolated when the island became cut off from the mainland 14,000.On the mainland, its extinction has been blamed on extreme weather conditions and drought. 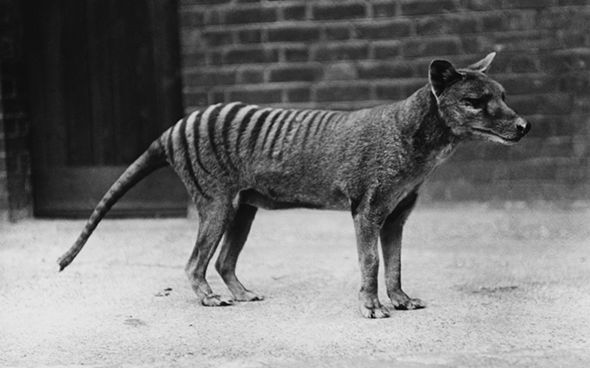 It could take many years – and a great deal of money – to bring back the thylacine, but Mr Pask still thinks there is a moral responsibility to try.He said: “I think we were responsible for hunting [the species] to extinction – in that case, we almost owe it to the species to bring it back.”Even if they fail however, all may not be completely lost – for, despite being extinct, officially at least, there have been frequent reports of sightings, leading some to claim that small numbers of thylacine may still exist in remote parts of Tasmania.