"I seem to be living lots of dreams recently," says Neal Scanlan, sitting in his office at London's Pinewood Studios. The special effects artist, who won an Oscar in 1995 for his work on "Babe," recently completed work on "Jurassic World: Fallen Kingdom" while simultaneously creating creatures for the new Star Wars film "Solo." He's very aware of how special that opportunity is.

"I started my career when animatronics were at the very, very beginning, so we were — dare I say — pioneers of animatronics," he says. "We were paid to make mistakes. Over the years it became much more professional and we became much more of a go-to effects medium. And then to see the advent of CG and the decline of practical — to come out the other side I feel like it's a duty, almost, to do it."

Scanlan retired several years ago, moved to the countryside and was "quite happy" to do something else. It didn't feel like there was space for practical effects and animatronic creatures in the world of CGI, so he simply moved on.

"I wasn't a natural person to transition into the digital medium," he says with a shrug. 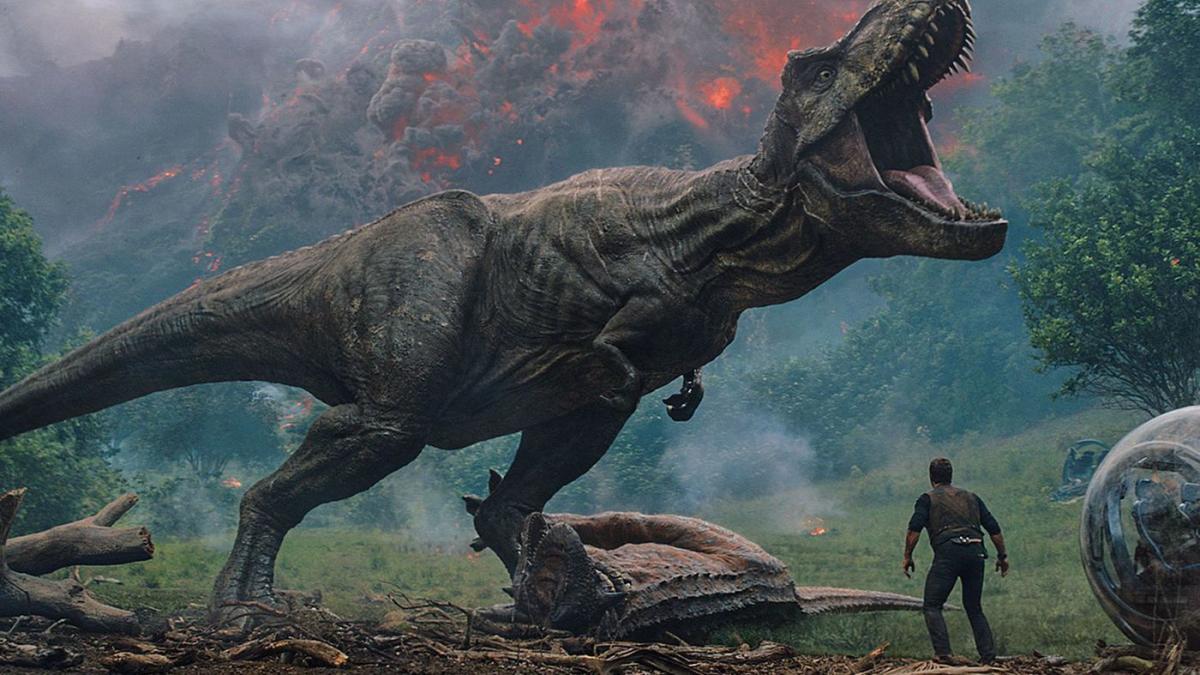 But Ridley Scott's "Prometheus" brought him back into the game in 2012 and a few months later a call arrived requesting his help with "Star Wars: The Force Awakens." It became clear that filmmakers were looking for practical effects again. Scanlan happened into "Jurassic World: Fallen Kingdom" after finishing "Star Wars: The Last Jedi."

"It's incredibly satisfying to know that my career and that the viewing audience that has traveled from the first ['Jurassic Park'] to this one now have taken a love of some of things we do," he notes.

As creature effects creative supervisor on the film, Scanlan worked closely with director J.A. Bayona and Industrial Light & Magic's David Vickery on carefully crafting the dinosaurs. Screenwriter Colin Trevorrow purposefully wrote in scenes that would be ideal for animatronic puppets, so there was an emphasis on integrating more practical effects than in "Jurassic World," which used very few.

Bayona wanted to introduce some previously unseen dinosaurs, as well as one totally original creation, the Indoraptor. For the director, it was essential to amp up the tangible and visual aspects of the animals.

"I was reading a lot about what the fans thought about the dinosaurs and I was talking to kids also," Bayona says from an editing studio in London where he's making the final cuts to the film. "I realized that when they talk about dinosaurs they talk about the textures and colors. They talk about, of course, how big is the T. rex, but in general I saw a pattern, which was the textures and the colors. I thought that was the area where I could play with. They feel somehow a little bit more exotic and richer in this movie."

"We tried to take onboard, to some extent, the ever-moving understandings of what dinosaurs may or may not have really looked like," Scanlan adds. "One has probably assumed in the past that they were rather muted, but when you look in nature color is an important attractant. And would that have not been the case with these animals?"

Scanlan and his team built an actual T. rex, as well as working animatronic models of the Indoraptor and Blue, a raptor who first appeared in "Jurassic World." They also created puppeteering aids, rod puppets and several prop dinosaurs, all of which were imagined in tandem with Vickery so the CGI and practical effects would be seamless.

The animatronic model of Blue required 15 puppeteers hidden below to move the cable levers and use the radio control mechanism that brought her to life. They rehearsed the movements for each particular scene in advance so that the dinosaur could react to Bayona's direction on set.

"Merging [visual effects] techniques is what makes a scene successful," Bayona adds. "Animatronics are very helpful on set, especially for the actors so they have something to perform against. There's an extra excitement if they can act in front of something real."

Paleontologists have found and described the...

A new genus and species of lithostrotian...

With Jurassic World going down as a huge hit...

A fossil discovered near Kemmerer, Wyoming,...