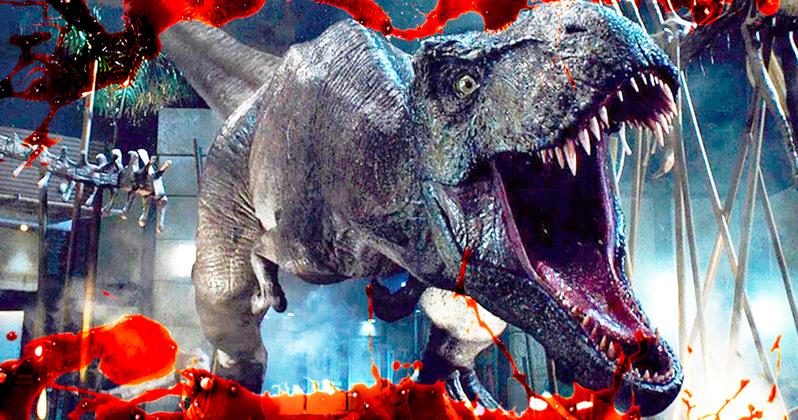 We've had a number of Jurassic Park video games over the years but there is a big opportunity still sitting out there for the taking.

Jurassic Park is, aside from being my favorite movie of all time, one of the biggest movies of all time. One that has inspired a multi-billion dollar franchise that continues to expand to this day. While the sequels have been a mixed bag, it is a world ripe with opportunity. Dinosaurs and humans don't mix well together. Bringing man and prehistoric beasts together results in disaster, often with horrific results. That being the case, it is downright baffling to me that we have yet to truly be offered a survival horror video game set within this world.

Video games have been a part of the Jurassic Park franchise from the earliest days. Many of us likely have fond memories of playing the tie-in game for the original Steven Spielberg blockbuster on the NES and/or Sega back in 1993. But video games have come a long way since then. We recently entered the next generation with both the PlayStation 5 and the Xbox Series X hitting the market. So, as much fun as some of us might have had with those early, 2D games, there is a great deal of opportunity to make the most of a high-definition, story-based game set within this universe.

A sense of wonder has been infused into the Jurassic Park movies, along with a sense of danger and adventure. But, at times, it has devolved into pure horror. The "don't go into the long grass" scene from The Lost World. The cold open of the original 1993 Michael Crichton adaptation that started it all. Just imagine being stranded on an island with prehistoric animals that, for all intents and purposes to unprepared humans, are well-oiled killing machines. This world is ripe for a full-blown survival horror adventure. What if people were left on the island following the disaster of the original movie? How would they defend themselves? How would they navigate the danger and all for help? Imagine being in that person's shoes, having to carefully navigate Isla Nublar without getting killed by a dinosaur.

Horror video games, like Resident Evil, for example, work so well because the player is in control. They are immersed in the danger. It's not just watching the horror happen. It's active participation. Fusing that concept with the horrors inherent in the Jurassic Park universe seems like a no-brainer. Especially in a time when studios are doing everything they can to exploit franchises in multiple forms of media. Just look at what Netflix is doing with Jurassic World: Camp Cretaceous. A survival horror game is another way to go about it.

This is not to say that attempts have not been made over the years to do something more with Jurassic Park in the video game arena. There have. It's just that many of them have been, at best, decent (Jurassic Park: The Game) and, at worst, downright terrible (Jurassic Park III: The DNA Factor). But improvements have been made more recently. Jurassic World: Evolution was released in 2018 and it was, in many ways, the game fans had been waiting a long time to play. Like Jurassic Park: Operation Genesis before it, this theme park builder, which is essentially Zoo Tycoon with dinosaurs in it, allows you to build and operate your own dino-filled version of Disneyland. It is one of the best, if not the single best, JP games ever produced.

While Evolution did a lot to try and weave in a narrative, especially with some of the DLC, it was still a theme park simulator. This was not a story-driven game. It did not put the player in the shoes of someone dealing with these dinosaurs first-hand in an up-close and dirty sort of way. The biggest swing (and miss) in this regard came with the infamously disastrous Trespasser. The first-person game was released in 1998 and served as a sequel to 1997's The Lost World. It was, on paper, a great idea, but one that was ahead of its time. It was a glitchy mess upon arrival and the technology of the day simply couldn't handle the ambition contained within. Much like John Hammond's original theme park. But the technology is there now. Video games are not only technically marvelous achievements in many cases, but they are also a source for tremendous storytelling. And they can serve as brilliant additions to established universes.

Star Wars: Jedi Fallen Order is a premium example of a recent video game that told a story, inside the canon of that franchise, that worked incredibly well, in addition to serving as a great experience for the player. Universal could, theoretically, team up with a premiere video game studio and do something similar with Jurassic Park/Jurassic World. Undoubtedly, it would not be hard to find a creative partner for such an endeavor.

Sure, we had Dino Crisis in the 90s (another game that is begging for a modern reboot/remaster by the way). Yes, Jurassic Park has had more than a few video games in its day. But that code has yet to be cracked. It's a code that deserves to be cracked. Preferably, in one fan's humble opinion, with a horror-theme in mind.