Jurassic Park: 10 Ian Malcolm Quotes That Show How Woke He Is | Paleontology World

Jurassic Park: 10 Ian Malcolm Quotes That Show How Woke He Is 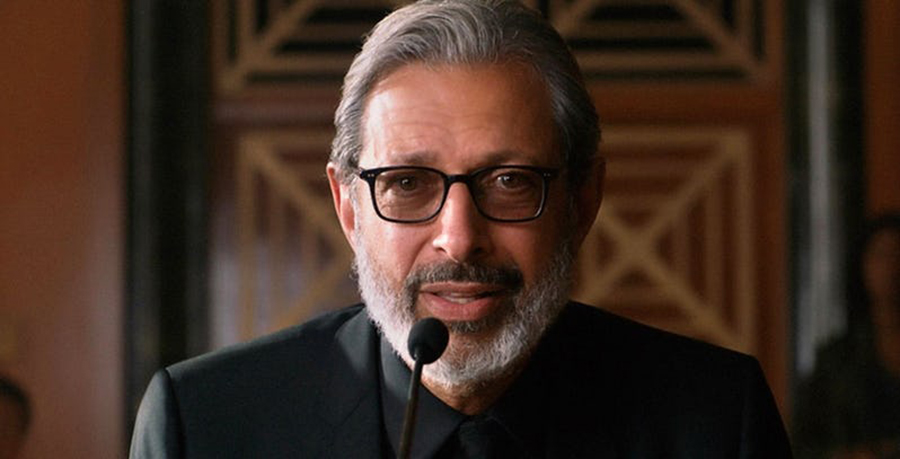 Mathematician Dr. Ian Malcolm is one of the best characters in the Jurassic Park universe. Smart, poignant and outspoken, Malcolm says it like it is, and he's unafraid to dole out brutal criticism when it's due. He was one of the first people to raise concerns about the ethical the and logical implications of bringing dinosaurs back to life, and as it turned out, he was right to be worried. Malcolm is the de facto voice of reason within the series, though he also loves slipping a few jokes into his commentary every now and then.

RELATED: 10 Most Memorable Quotes From The Jurassic Park Franchise

It's no surprise, therefore, that Malcolm is one of the most quotable characters in the series. Here are just a few of his best quotes that prove he's one of the most enlightened figures in all of blockbuster cinema. 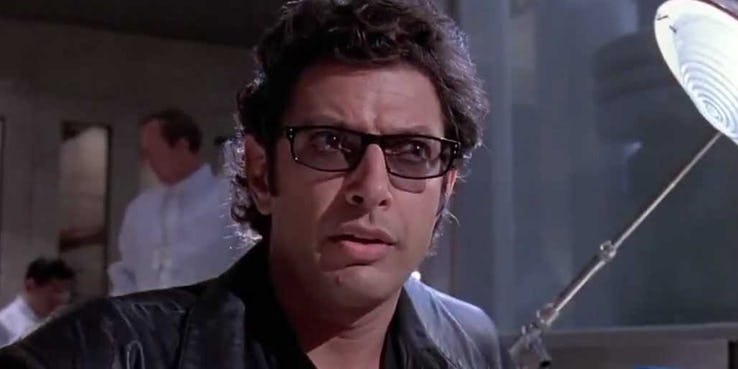 When looking for a giant T-Rex mother in downtown San Diego, what's the best way to locate her? Honestly, Malcolm's advice here is about as good a response as any. He says it after Malcolm and Sarah Harding save Rex Jr. from InGen's clutches.

Afterword, the two go on a wild dino-chase, hoping to reunite mother and baby before anyone gets eaten. Malcolm was opposed to the San Diego project from the start, and this catastrophe only emphasizes the fact that Malcolm's words ought not to be taken lightly.

9 "SO, YOU WENT FROM CAPITALIST TO NATURALIST IN JUST FOUR YEARS? THAT'S SOMETHING…" (THE LOST WORLD)

Dr. John Hammond, the mind behind the Jurassic Park venture, had a change of heart after the incident in 1993. With Isla Sorna’s dinosaurs running around unsupervised, Hammond chooses to turn the island into a nature preserve.

Obviously, Malcolm is a bit taken aback by this about-face, and he doesn't seem very convinced. Yet, no amount of ill-advised actions could compare to the recklessness of Hammond's nephew, Peter Ludlow, who later becomes the target of Malcolm's roasting.

8 "TAKING DINOSAURS OFF THIS ISLAND IS THE WORST IDEA IN THE LONG, SAD HISTORY OF BAD IDEAS." (THE LOST WORLD)

It's baffling how many stupid people there are in Jurassic Park: The Lost World. Yet, when millions of dollars are on the line, logic takes a back seat. Peter Ludlow, the next in line to take control of InGen, views the dinosaurs of Isla Sorna as a way to get out of bankruptcy.

Ian Malcolm, on the other hand, knows just how unpredictable these creatures can be, and is willing to make his case known to everyone within earshot. Of course, nobody listens, and Malcolm can tell everyone that he told them so.

7 "YEAH, BUT JOHN (HAMMOND), IF THE PIRATES OF THE CARIBBEAN BREAKS DOWN, THE PIRATES DON'T EAT THE TOURISTS." (JURASSIC PARK) 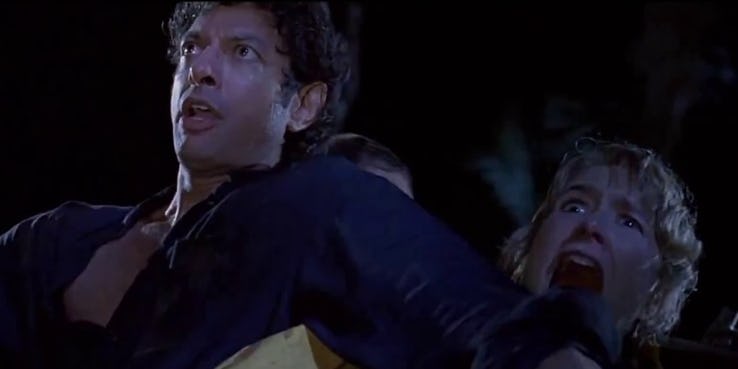 Malcolm said this in response to Hammond's claim that all major amusement parks have setbacks, using the opening of Disneyland Anaheim as an example. Sure, it's well documented that when Disneyland first opened, the results were nothing short of a disaster. But at least no one got mauled by Mickey, or crushed to death by Snow White.

The same cannot be said for Jurassic Park, a place where only the smallest mistake or mechanical failure could lead to an all out dino-on-human bloodbath. Does anyone use common sense in this universe?

6 "WHAT YOU CALL DISCOVERY, I CALL THE RAPE OF THE NATURAL WORLD." (JURASSIC PARK)

When something angers Dr. Malcolm, like John Hammon's wilful ignorance of the ethical concerns of bringing an extinct species back from the dead, the gloves come off. Malcolm's words may be harsh, but as with everything he says, it's not without its reasoning.

Dinosaurs are incompatible with the modern world; their extinction allowed for the human race to become the dominant species on planet earth. To bring them back is not only to offset the laws of nature, but also to put humanity at risk of losing a peg on the food chain.

5 "CHANGE IS LIKE DEATH. YOU DON'T KNOW WHAT IT LOOKS LIKE TILL YOU'RE STANDING AT THE GATES." (JURASSIC WORLD: FALLEN KINGDOM)

Ian Malcolm's appearance in the most recent movie in the franchise, Jurassic World: Fallen Kingdom, was brief but memorable. Standing before a Congressional hearing over whether or not the dinosaurs of Isla Nublar should be rescued from an impending eruption, Malcolm makes the case that the creatures should be allowed to die.

RELATED: Jurassic Park: 10 Differences Between The Book & The Movie

It has always been Malcolm's belief that bringing them back from the dead was a mistake, and as he said in his opening testimony, the volcano is a "correction" for that mistake. It's better, he believes, than the other option, which would be to force humanity into a co-existing with dinosaurs, which is something Malcolm thinks is impossible.

Sometimes, Ian's quotes are memorable not just because of their inherent inherit wisdom. Sometimes, it's simply because Jeff Goldblum can turn even the most ordinary line into something people will quote endlessly for the rest of time.

Considering how universally loved Jurassic Park is, we don't feel like we need to describe the scene where this line was dropped. Let's just say it was one most the most pulse-pounding and iconic moments in all of sci-fi. 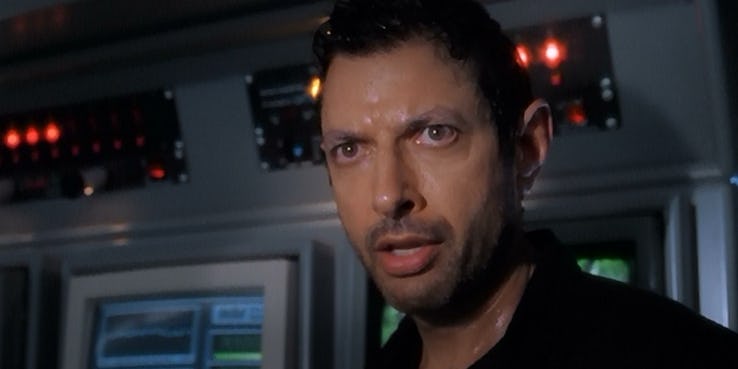 Despite Henry Wu's insistence that the dinosaurs on Isla Nublar cannot reproduce, given that they're all female, Malcolm disagrees. He argues that just because they denied them the ability to procreate, that doesn't mean they won't find some way to do so.

After all, the existence of any species hinges on their ability to make more of themselves. Despite the limitations InGen's scientists imposed on 'their' dinosaurs, life does find a way in the end.

2 "GENETIC POWER IS THE MOST AWESOME FORCE THE PLANET'S EVER SEEN, BUT YOU WIELD IT LIKE A KID THAT'S FOUND HIS DAD'S GUN." (JURASSIC PARK)

Another quote delivered with a gut punch, Malcolm bemoans the recklessness John Hammond shows with his amazing feats of scientific prowess. Genetics isn't a toy for people like Hammond to play with; it's a exceedingly complex interworking of do's and don'ts, with considerable risk attached to meddling.

Obviously, using the ability to genetically resurrect dead dinosaurs for the purpose of mass consumption isn't the best use of such technology and the implications of such open a Pandora's box of potential problems. Which leads us to our number one pick.

1 "YOUR SCIENTISTS WERE SO PREOCCUPIED WITH WHETHER OR NOT THEY COULD, THEY DIDN'T STOP TO THINK IF THEY SHOULD." (JURASSIC PARK) 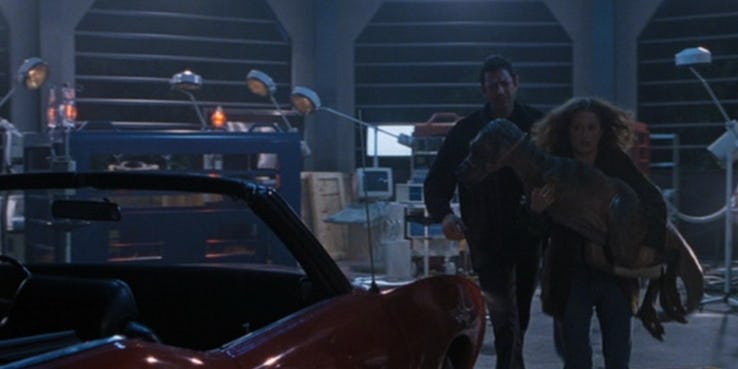 Ian Malcolm's feelings about Jurassic Park can be summed up by this one quote. It's a phrase every scientist should have stuck to the screens of their laptops. With all the amazing technological advances lately, there seems to be no regard for the adverse implications that could arise as a result.

Remove the word 'scientist' and this quote can be applied to any situation where the consequences of one's actions carry a high level of risk that outweighs the rewards. It's a shame that Dr. Malcolm is a fictional character, because we could really use him in this day and age.