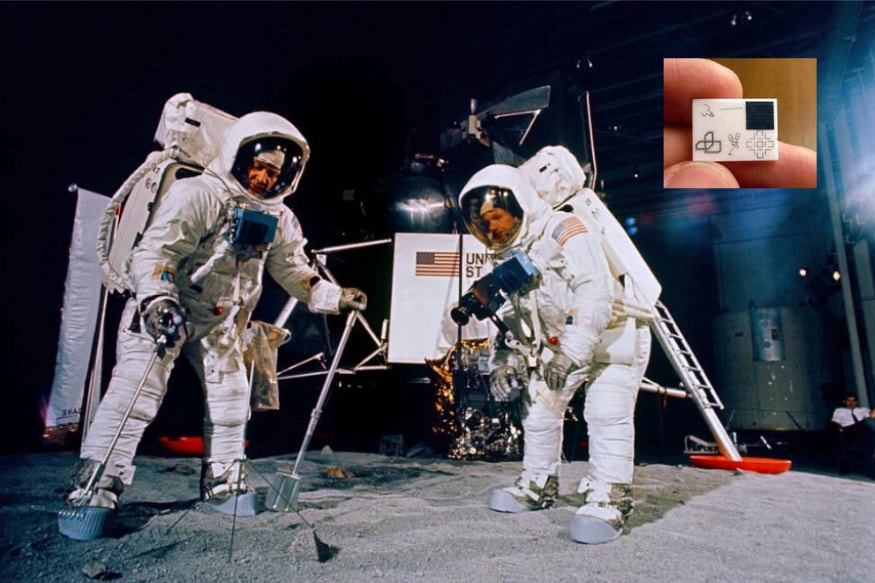 While many of us love to carry mementos, keepsakes and comfort items on our travels, the items that astronauts carry to space may leave you surprised.

Earlier in June, two NASA astronauts Bob Behnken and Doug Hurley hurtled into space aboard a SpaceX mission to the International Space Station. With them, they carried a toy dinosaur which their sons, both of whom are interested in dinosaurs, chose as their totem. Videos of the sequined toy floating in zero gravity went viral on social media as the "Dragon Crew" made its way to the ISS.

But the toy dino is not even the strangest thing that an astronaut has taken to space. As travel author David Bramwell writes in The Guardian, Buzz Aldrin who reached the moon on Apollo 11 in 1969, carried with him a "miniature chalice, wine and bread".

The report further cites how astronaut Alan Shepard took a gold club and balls to the moon and even knocked a few balls in space. three of those balls remain in space.

The Apollo 11 which included Neil Armstrong who was was the first man to land on the moon also carried with it a golden olive branch which they left on the moon as a symbol of peace, perhaps for alien civilizations yet to find us.

In an inventory created by archaeologist and anthropologist at New Mexico State University, Dr Beth O'Leary, who focuses on space, has created a database of the items that astronauts left behind on the moon between the years 1969 to 1972.

These include a bunch of gadgets and equipment, flags of the United States, family photographs such as the one left behind by Charles Duke from the 1972 Apollo 16 mission, and of course, a bag of human poop.

But perhaps the most interesting thing that was ever sent to space is not one that was taken there by astronauts but sneaked into one of the spacecraft as an act of mischievous rebellion.

An artwork called "Moon Museum", created by artist Forest Myers and containing the works of six leading artists from the 1960s including Andy Warhol, was sneaked onto the moon aboard the legs of an Apollo 12 module which currently remains on the moon. The artwork consisted mainly of a ceramic wafer that contained images from the six artists. What did Warhol draw and send to space? The doodle of a penis.

All other cave-dwelling animals originate...

If dinosaur fever was going to reheat amidst...

The franchise fans can look forward to some aquatic...

When it seems like we have had enough of...

Paleontologists in Cambridgeshire Have Discovered the Skull of an Extinct Buffalo that Lived 150,000 Years Ago

Paleontologists have stumbled upon the 150,...

Every once in a while, Darwinian natural...

Should Jurassic World 3 Free the Dinosaurs, or End Them?

Dinosaurs will roam the planet in the upcoming...

The Very Weird Reason Batman Has A Dinosaur In His Cave

The Tyrannosaurus rex in Batman's cave has become a staple of his trophy room, but where did he actually get the robotic dinosaur?...

A trio of researchers, two with Brown University, the other with Liverpool John Moores University, has found that a looping pattern in...

The fossilized insects are a rare find for paleontologists.

Paleontologists have discovered striking similarities between the fossilized bones of giant penguins that lived 62 million years ago...

Sam Neill is "very excited" to head to the U.K. and resume filming...

Jurassic World: What Happened To Site B, Isla Sorna

The Jurassic World movies have forgotten about Isla Sorna, the second island of dinosaurs in the original trilogy. Here's what became...

Yes, an Asteroid Really Did Wipe Out the Dinosaurs, Study Finds

The age of the dinosaurs ended 66 million years ago with the ultimate bad day, not a prolonged period of climate change wrought by...

Spinosaurus Versus the “African T-Rex”, Carcharodontosaurus: Who Would Win?