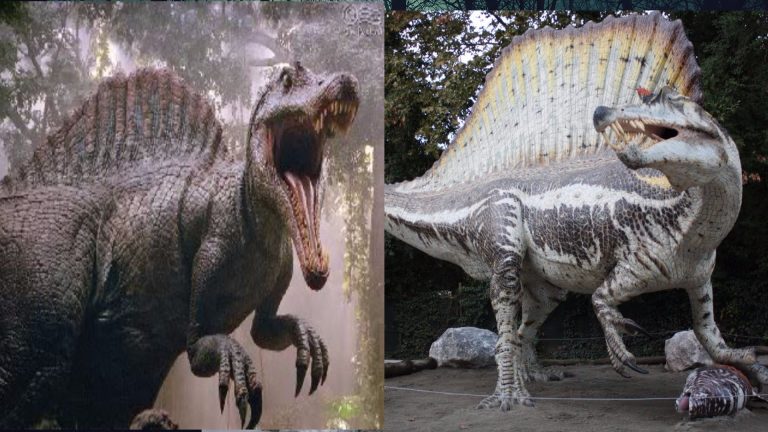 Spinosaurus was the largest theropod to ever walk on the earth, discovered in 1912 for the first time, it has been nominated to be larger than the mighty Tyrannosaurus rex.

This giant theropod was suggested to be between 12.6–18 metros long (41–59 ft) and 4.25-5 meters tall, even new evidence has came to light to show that it was smaller than this… 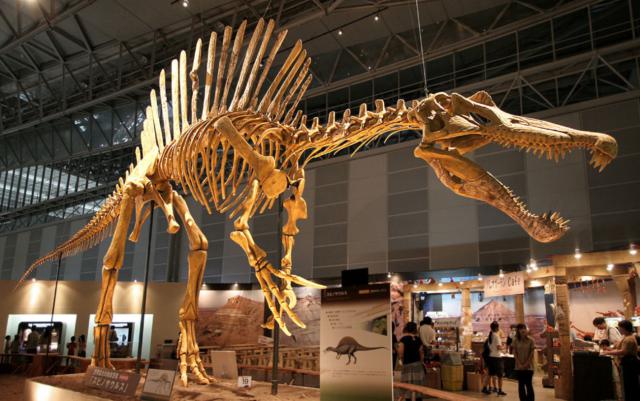 This one is the original Spinosaurus skeleton, larger than most of the other adult ones but strangely it’s bones are thinner, his skull was long but fragile, with a bite estimated to be between 1-2 tons ( it’s very difficult to determine a Spinosaurus bite force).

This skeleton has proven that Spinosaurus was bipedal too, even in 2014 something different has been found…

An a passionated paleontologist, named Ibrahim decided to paste all the bones of a new found spinosaurus and this was the final result:

There is the 2014 reconstruction of spinosaurus:

So with this new evidence, Spinosaurus wasn’t  considered to be the biggest theropod ever (in terms of height and size, it was still the longest).

In 2015-16 all this has been debunked because some paleontologists started think that left legs of spinosaurus were incomplete and to prove that it is real we need to find more skeletons like this, even there are some others quadrupedal exemplars skeletons.

So for once again Spinosaurus is bipedal, but not as the jurassic park 3 one which is very inaccurate. 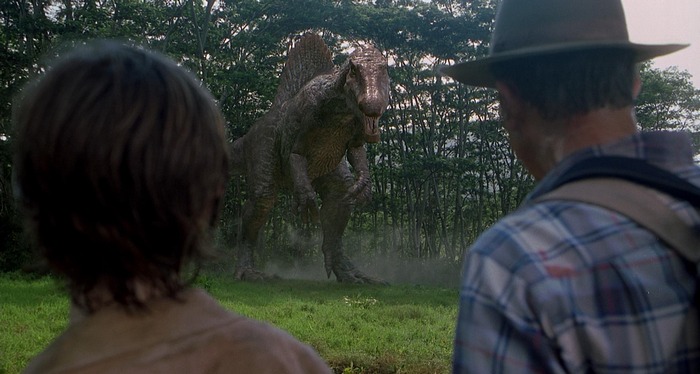 But still considered to be a fish eater because his jaws were designed to catch fishes and his body was adapted to swim.

So in your opinion… was Spinosaurus bipedal or was it quadrupedal?

Anyone Want to Buy a Dinosaur? Two on Sale in Paris

The skeletons of an...

According to reports, Dinosaur remains were...

What Happened To Camp Cretaceous' Kids After Jurassic World? Every Theory

A new rumor suggests the first trailer for ...

Jurassic World 3: What The Dominion Title Means For The Movie

Jurassic World: Dominion is set to...

The Virginia Living Museum is Bringing Dinosaurs Back to Life

Attractions include animatronic dinosaurs, a...