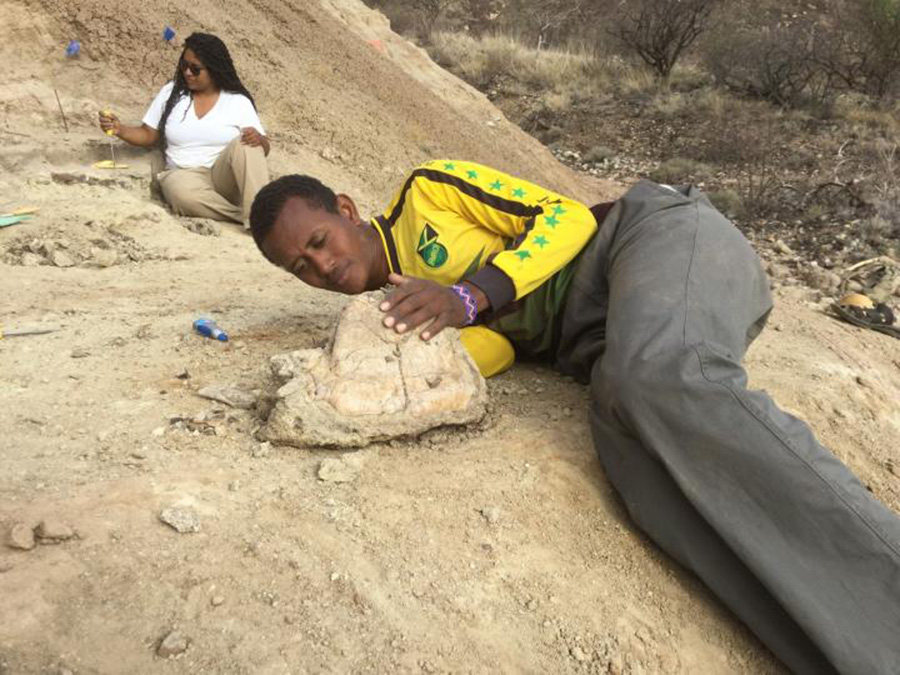 A 17 million-year-old whale fossil discovered in the 1970s is the impetus for new research by an international team led by Stony Brook University that takes a unique approach to uncovering the course of mammalian evolution in East Africa.

The whale fossil represents a massive change from the Miocene to today in Kenya's Turkana Basin, as the fossil of this sea animal was originally found 740 miles inland and 620 meters in elevation - an indication perhaps of a transformed geological and ecological landscape with the open-ended question: Why was the whale there?

That is one of the questions the Stony Brook University-led international team will seek to answer when it launches the new, first-of-its-kind project in January 2021. The aim is to understand how climate change and tectonics on Miocene ecosystems in this region influenced life and evolution, from the whale to now.

The work is supported by a four-year $2.7 million grant from the National Science Foundation's (NSF) Frontier Research in Earth Sciences (FRES) Program. Named the Turkana Miocene Project, the research is multinational, interdisciplinary and involves five core U.S. universities. The goal is to better define through fieldwork, laboratory analysis and climate modeling how tectonics and climate interacted to shape the environment that gave rise to the ancestors of humans and our closest living relatives, the chimpanzees, gorillas, and orangs that emerged in Africa.

"A longstanding question at the intersection of Earth and Life Sciences is: What roles, if any, do climate and tectonics play in the evolution of life? The East African Rift is among the best places to study the influences of Earth processes on the evolution of mammals," explains Isaiah Nengo, PhD, Principal Investigator, Professor of Anthropology and Associate Director of Stony Brook University's Turkana Basin Institute (TBI). "Here, uniquely, the region's geologic and climate histories, including the formation of the rift system that is the cradle of humankind, are preserved in sedimentary rocks. Our collaborative work will tease out how tectonics and climate come together to drive evolution."

The research team will tackle a task not done before by investigating the basin's sediments, and the fossils they contain, to gain insight into ancient climate and habitats that record the emergence of humans, their primate ancestors, and African mammals over the last 25 million years.

Professor Nengo will collaborate with Stony Brook Geosciences Professors and co-investigators Gregory Henkes and William Holt, along with the international team. They will explore relationships between tectonics, climate, and mammal evolution in the Turkana Basin using integrated field, laboratory, and modeling studies.

New and existing data will be combined to study the links between rift development, climate change, and their respective roles in vegetation and mammal evolution.

Years one and two will consist of data collection from the field. The third year will involve laboratory analyses. In the fourth year, the team will conduct the analysis and be on site at TBI to produce a tectonic model that reconstructs rift evolution in this region of East Africa over the past 25 million years or Miocene period.

That tectonic model will be integrated with climate-vegetation models of equal or better resolution. Independent geological, geochemical, paleoecological, and paleontological data will be used to validate these model outputs to distinguish the influences of tectonics and climate on the evolution of Turkana ecosystems and mammals.

"This integrated approach across geoscience subdisciplines is really the future of paleoenvironmental reconstruction," adds Gregory Henkes, PhD, Assistant Professor in the Department of Geosciences at Stony Brook University. "The challenge of separating commingled effects of climate, tectonics, and evolution is incredibly complex. We hope to leverage the best of these different approaches to demonstrate that its possible, at least at the scale of a single, very important basin."

About the FRES-Supported International Research Team

International collaborators include team members based at the National Museums of Kenya and University of Helsinki, Finland.

Permission for field and laboratory research in Kenya is provided by the Kenya Government with the support of the National Museums of Kenya.