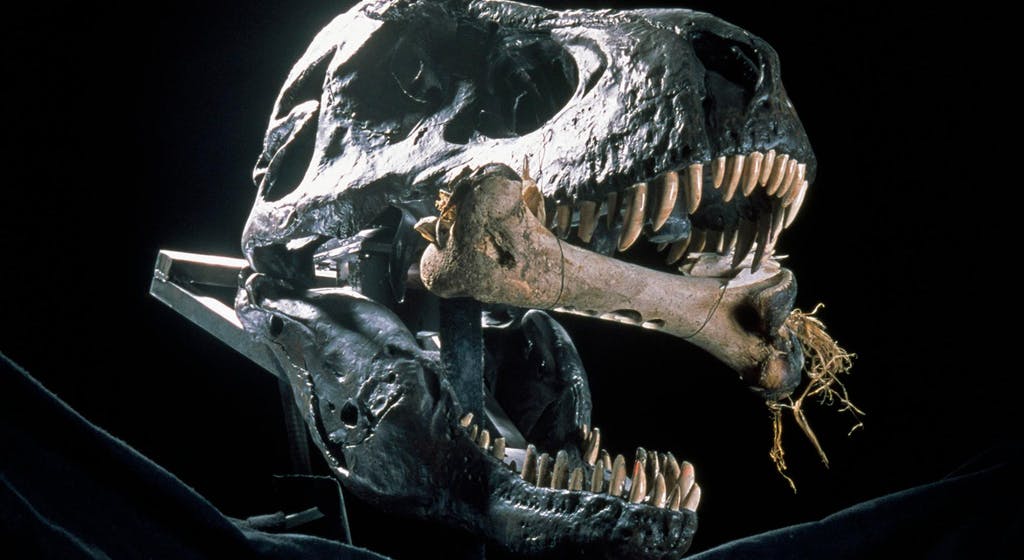 “We’ve named more new dinosaurs in the last 20 years than in the previous 150,” says one researcher.

Staff at the Royal Saskatchewan Museum in Regina recently unveiled a prehistoric monster: the world’s largest Tyrannosaurus rex. This fearsome killing machine measured 13 metres in length and weighed about 8,800 kilograms when it roamed Saskatchewan some 66 million years ago. “The skeleton is so large that we had to remove a section of flooring to fit it in,” said Ryan McKellar, the museum’s curator of invertebrate paleontology.

Thought to have survived into its early 30s, this is not only the largest T. rex ever documented, but the oldest. “By Tyrannosaurus standards, it had an unusually long life. And it was a violent one. Riddled across the skeleton are pathologies – spots where scarred bone records large injuries,” said Scott Persons, a postdoctoral researcher in the department of biological sciences at the University of Alberta, who was lead author on the study of the massive beast. The injuries include broken ribs, an infected jaw, an impacted tooth and a bite on its tail.

Impressive as it may be, this T. rex is just one of a series of major dinosaur finds made in Canada in recent years. “The rate of dinosaur discoveries in Canada in the last decade is as high as that of the Great Canadian Dinosaur Rush of the 1920s,” said David Evans, chair in vertebrate paleontology at the Royal Ontario Museum and an associate professor of ecology and evolutionary biology at the University of Toronto. This Canadian boom is part of a worldwide phenomenon. China, Mongolia, South America and Africa have emerged in recent years as paleontological hot spots. “It’s incredible. We’ve named more new dinosaurs in the last 20 years than in the previous 150,” said Dr. Evans.

This modern-day gold rush of dinosaur discoveries has been accompanied by a dramatic shift in the scientific perception of these primordial giants. Forget the stereotypical images of dinosaurs as sluggish, dim-witted, swamp-bound monsters. They are now regarded as lively and socially complex creatures of astounding diversity that ran the gamut from scurrying, turkey-sized meat-eaters to lumbering, plant-eating colossi.

More dinosaurs are being found because there are more people looking and because scientists are digging in places where no one has dug before. Dr. Evans, who has personally been involved with 10 significant finds in the last six years, has been searching in the previously overlooked Milk River Valley, a remote landscape of jagged hoodoos and rolling grasslands that extends from southern Alberta into northern Montana.

From this forbidding terrain, Dr. Evans has unearthed several new species of armoured dinosaurs from the late Cretaceous period (about 100 million to 66 million years ago). He is especially enthused about a rare type of ankylosaur that was uncovered just south of the U.S. border by a Montana mining company, and acquired by the ROM in 2016. Dr. Evans and Victoria Arbour, the curator of paleontology at the Royal BC Museum, collaborated on the scientific study of the creature, which they named Zuul due to its resemblance to the spiky-faced monster in the 1984 film Ghostbusters.

The most complete dinosaur of its kind yet discovered in North America, Zuul had a wide, flat body, four legs, and a long, spike-lined tail with a heavy club on the end. “It’s quite striking. There are six rows of ornamental spikes or horns extending from the neck to the tail and these horns are beautifully ridged like an antelope’s,” said Dr. Evans.

Another remarkable armour-plated dinosaur called a nodosaur was found near Fort McMurray, Alberta, in 2011. Unveiled in 2017 and now on display at the province’s Royal Tyrrell Museum of Paleontology in Drumheller, the quality of its fossilized remains has stunned researchers, who describe it as the best-preserved armoured dinosaur ever discovered. Not only are its bones and armour intact, but the fossil also contained the creature’s stomach contents and even a thin film of organic material, thought to be the residue of ginger-hued pigments from the skin and horns. “It’s the Mona Lisa of dinosaurs,” said Caleb Brown, curator of dinosaur systematics and evolution at the Royal Tyrrell, in a museum press release. “We don’t just have a skeleton. We have a dinosaur as it would have been.”

Another notable recent Canadian breakthrough includes the first feathered dinosaurs found in the Western hemisphere. These fossils belong to a group of dinosaurs called ornithomimids (Latin for bird-mimics), whose long legs, slender necks and toothless beaks gave them a resemblance to modern flightless birds like ostriches. Yet, ironically, until their remains turned up in Alberta’s Badlands, no one knew that these animals also sported feathers. Darla Zelenitsky, an assistant professor in the University of Calgary’s department of geoscience, who authored a 2012 study on three of the four specimens verified to date, said the feathers are preserved as dark-coloured impressions on the bones and on the surrounding sandstone. 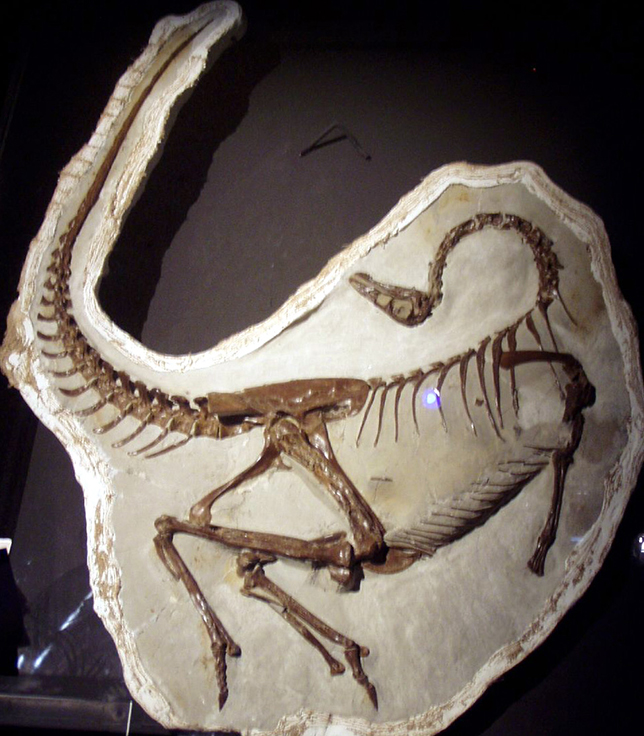 Although these creatures were covered in downy feathers throughout their lives, the adults developed larger feathers on the arms, forming wing-like structures. “The longer feathers were probably used primarily for courtship purposes as these dinosaurs were much too large to fly,” said Dr. Zelenitsky.

Alberta is not the only place in Canada where dinosaur remains are coming to light. Fossils of small dinosaurs have also been unearthed in Nova Scotia that date back 200 million years to the early Jurassic period, while in northeastern British Columbia, paleontologist Rich McCrea has uncovered one of the world’s most diverse dinosaur trackways. More than a thousand footprints from at least 12 different types of dinosaurs have been documented, yet only a fifth of the entire site has been exposed. “We may be dealing with more than 5,000 tracks by the time we’re done,” said Dr. McCrea.

Considering the rapidity of finds in recent years, one has to wonder how much longer this scientific surge can continue. The evidence suggests that it won’t end anytime soon, says U of A’s Dr. Persons. “It’s estimated that we’ve only found one percent of all the [species of] dinosaurs that ever were. You have to remember that dinosaurs existed for 160 million years. Rest assured, there is no shortage of ancient critters out there waiting to be found.”

Jeff Goldblum opened up about his role in...

A fan theory suggests an iconic...

One of the best-known fossils in...

Just over a meter and a half in length (five...

Paleontologists have found that the thin...

Ghost Worms Mostly Unchanged Since the Age of Dinosaurs

It is well known that the size, shape and...

What Did SUE The T. Rex Look Like When Alive? New Field Model Shows Dino With Skin, Eyes

Of course, the model also shows...

Sometimes hidden clues beneath our feet can...