A four-year-old girl has stunned paleontologists after finding an “internationally important” dinosaur footprint on a trip to the supermarket.

Lily Wilder was walking along the coast between Barry and Sully with her father Richard when she spotted what experts from Archaeology Cymru are calling “the finest impression of a 215 million-year-old dinosaur print found in Britain in a decade”.

The perfect print, which her family initially thought may have been created by an artist, was left by a small bipedal dinosaur. Experts call this type of print a Grallator, although it is impossible to identify the type of dinosaur that left it.

The print itself is just over 10cm long and is likely to have been made by a dinosaur that stood about 75cm tall and 2.5m long. It would have been a slender animal which walked on its two hind feet and actively hunted other small animals and insects. 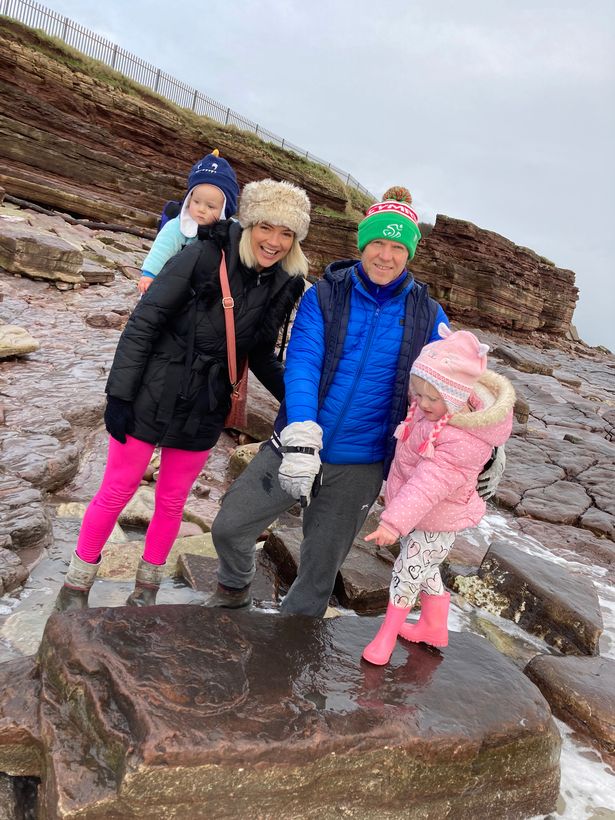 “We weren’t even sure it was real. I was imagining an artist had gone down and scratched it out, but I knew dinosaur footprints had been found along that piece of coast before so I just thought I’d ask some people,” said Lily’s mother, Sally Wilder.

“I found this fossil identification page on Facebook and I posted it on there and people went a bit crazy.

“It’s all been so exciting, discovering that it’s actually what they thought it was.”

The print was found on Saturday in The Bendricks, a stretch of coastline between Barry and Sully which has been known to be of paleontological importance.

The National Museum, Cardiff, and Karl-James Langford from Archeology Cymru were put in touch with the Wilder family. On Wednesday the museum retrieved the print from the large rock it was found in and the piece is now at the museum.

Lily’s interest in dinosaurs has been ignited after finding the footprint and her family are helping her make the most of it.

“Recently we bought her some dinosaur toys so she’s been playing obsessively with dinosaurs all week,” said mum Sally.

What’s amazing is, if her name goes down as the finder in the museum, it could be her grandchildren going to visit that in the museum one day, and for years and years and generations to come, which is quite amazing.”

National Museum of Wales Palaeontology curator Cindy Howells was notified of the find and has described it as the best specimen ever found on this beach.

The museum said special permission had to be sought from Natural Resources Wales (NRW) to legally remove it.

Ms Howells said: “This fossilised dinosaur footprint from 220 million years ago is one of the best-preserved examples from anywhere in the UK and will really aid palaeontologists to get a better idea about how these early dinosaurs walked. Its acquisition by the museum is mainly thanks to Lily and her family who first spotted it."

Ben Evans from British Institute for Geological Conservation called it an "amazing specimen".

He said: This beach is a site of special scientific interest and while we encourage people to visit and use it responsibly, collection of rocks, minerals and fossils from this site is not permitted."

A spokesman from the National Museum in Cardiff said similar footprints in the USA are known to have been made by the dinosaur Coelophysis which does not occur in the UK.

By analyzing a tooth from the first fossil...

The Trump administration's move to reduce...

A new species of dinosaur which lived...

Even Tyrannosaurus rexes needed to nap...

A collaboration led by the Royal Ontario...