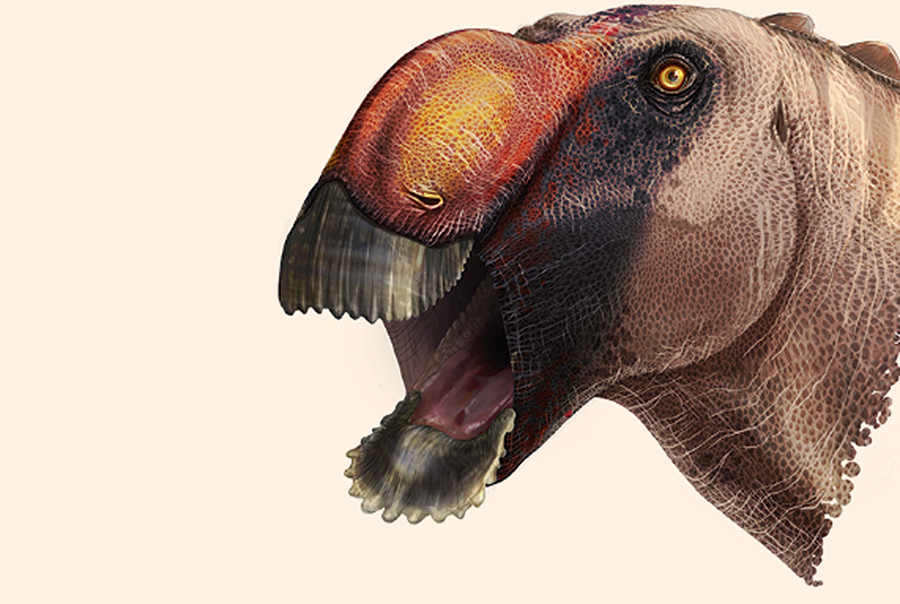 Aquilarhinus palimentus belongs to the Hadrosauridae (duck-billed dinosaurs), a group of plant-eating ornithopod dinosaurs from the Cretaceous period.

The fossilized remains of the dinosaur were collected in the 1980-90s from the Aguja Formation in south-western Texas.

They were analyzed by paleontologists from Texas Tech University and the Institut Català de Paleontologia Miquel Crusafont, Barcelona, Spain.

“Hadrosaurids were the most common herbivorous dinosaurs at the end of the Mesozoic Era, and all had a similar-looking snout,” the researchers said.

“The front of the jaws meet in a U-shape to support a cupped beak used for cropping plants.”

“The beak of some species is broader than in others, but there was no evidence of a significantly different shape and therefore likely also different feeding style in duckbills until Aquilarhinus palimentus was discovered.”

The lower jaws of Aquilarhinus palimentus meet in a peculiar W-shape, creating a wide, flattened scoop. 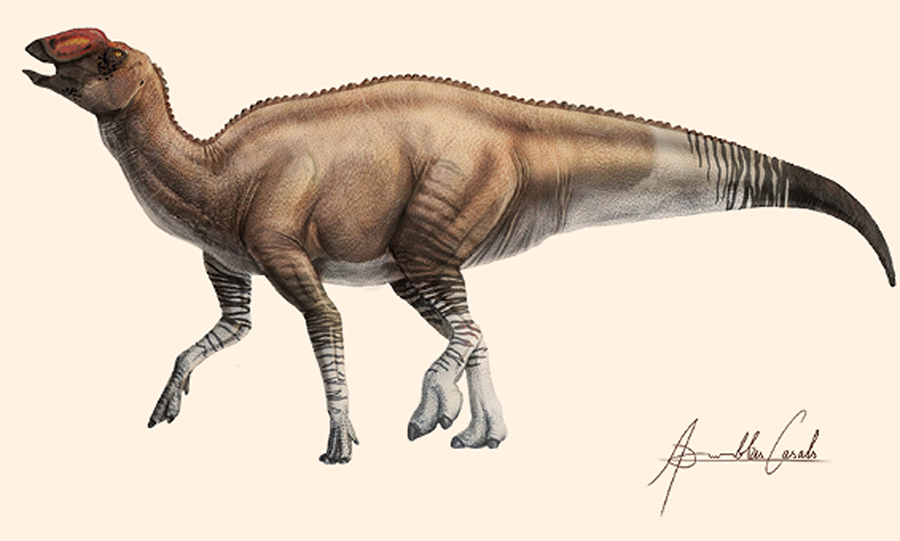 “This new animal is one of the more primitive hadrosaurids known and can therefore help us to understand how and why the ornamentation on their heads evolved, as well as where the group initially evolved and migrated from,” said Dr. Albert Prieto-Márquez, a paleontologist in the Institut Català de Paleontologia Miquel Crusafont.

“Its existence adds another piece of evidence to the growing hypothesis, still up in the air, that the group began in the southeastern area of the United States.”

The study was published in the Journal of Systematic Palaeontology.

Who could ever forget Steven Speilberg's...

Scientists have unearthed a huge two-metre (...

The fossilized remains of an embryonic-to-...

To get fans across the country exited for...

School districts all over the country are...

The Paleontological Society of China...

Scientists Search For The Truth Behind The 'Duelling Dinosaurs'

Scientists are racing to find the truth...