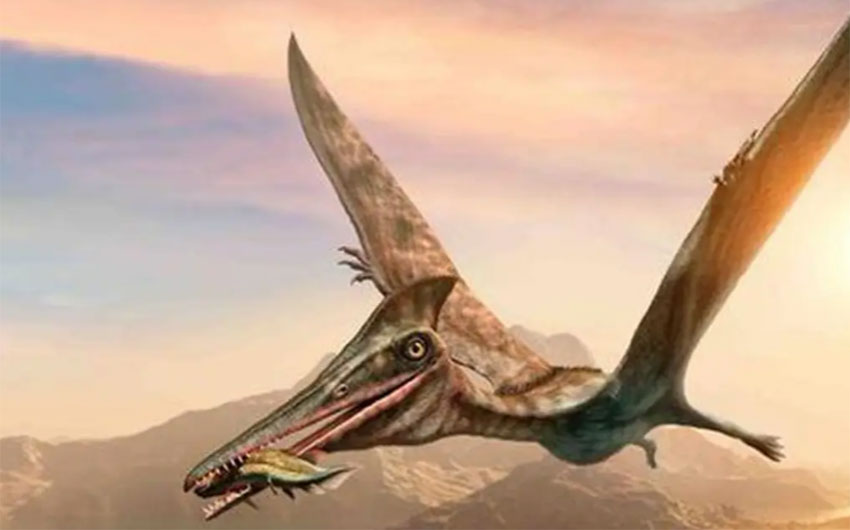 The foot bone of a Pterosauria was found in Acuña, Coahuila.

Scientists have found fossil evidence in Coahuila of a flying reptile whose existence in Mexico was previously unknown.

Mexican, British and German scientists discovered metatarsal, or foot bone, fossils of a Pterosauria order flying reptile in a quarry in the municipality of Acuña, which borders Texas.

Héctor Rivera Sylva, director of the paleontology department at the Museum of the Desert in Saltillo and co-author of a paper on the discovery, said the fossils are of the Ornithocheirus genus.

“We’ve made a very important discovery for science. … It’s the youngest evidence of that family in the world,” he said, explaining that the fossils are believed to be 93 million years old.

The Ornithocheirus genus was thought to have gone extinct 96 million years ago, Rivera said.

The fossils are currently being held at the Paleontology Museum in Múzquiz, Coahuila.

Rivera said that Ornithocheirus genus flying reptiles were extremely skillful at catching fish, adding that evidence suggests that they were capable of flying enormous distances. Fossils of the same genus have been found in England and Brazil, he said.

Scientists have found many other prehistoric reptile fossils in Coahuila, including a tooth and vertebra of a Parkosaurus dinosaur, a genus that lived more than 70 million years ago. Before the discovery, that genus’ existence in Mexico was also unknown.

What The Cast Of Jurassic Park Are Doing Now (2019)

The original movie is a landmark blockbuster...

Some dinosaurs used heat of the sunlight or...

Toronto museum visitors will get a glimpse...

Here's What Happened To The Jeep Wrangler From Jurassic Park

Could Scientists Bring Dinosaurs Back to Life?

Dinosaurs dominated Earth for over 140...

Were all dinosaurs warm-blooded? Were ...