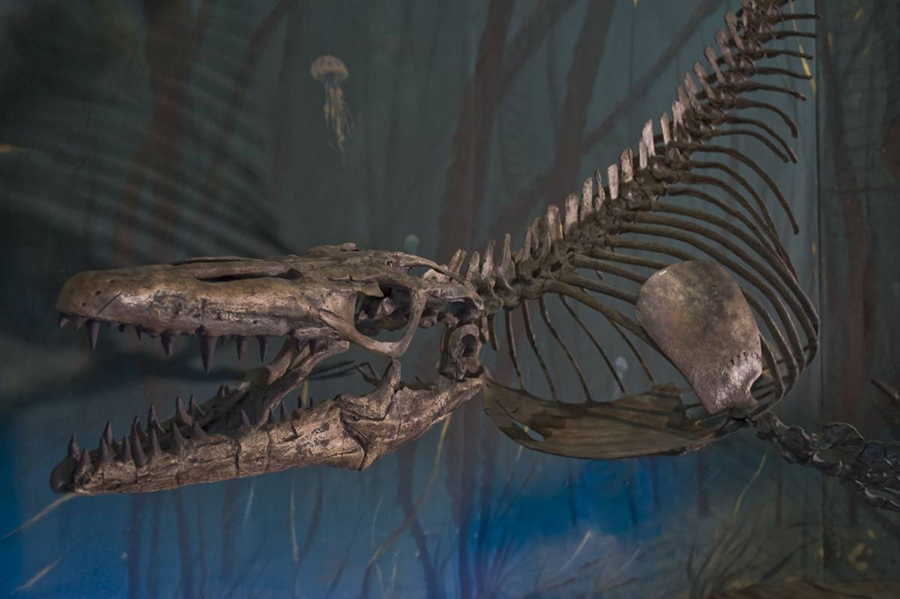 An ammonite mine in southern Alberta dug up something a little more unusual recently -- a sea lizard from about 75 million years ago. Jasmine Bala has more on the discovery.

An ammonite mine in southern Alberta dug up something a little more unusual recently: a sea lizard from about 75 million years ago.

Workers at a Lethbridge-operated mine in Cardston County were digging for ammonite when they hit the fossil.

“We just scraped to find the ammonite and as we were scraping, we found a big rock formation, a concretion that was very irregular,” said Michael Shideler, the manager of the Enchanted Designs mine that found the fossil.

“It’s not what we usually find. So we kind of assumed it was from the Cretaceous period, some prehistoric animal.”

The miners called the Royal Tyrrell Museum of Palaeontology, which confirmed it was a marine reptile called the Mosasaur.

“[It] would have lived at about the same time as dinosaurs, except instead of walking on land, it would have been swimming around in the sea at that time,” said Dan Spivak, head of the resource management program at the museum.

The sea lizard, Spivak said, is thought to be closely related to animals like the Komodo dragon today. Workers at the ammonite mine uncovered the reptile’s skull and about eight feet of its back bone – a relatively rare find.

“It’s really the skulls that tell us exactly what it is that we found and even give us hints as to what they might have been doing in terms of eating and living and being part of that ecosystem 72 to 74 million years ago,” said Spivak.

For the miners, this experience has been extraordinary.

“It was just something that was quite amazing to find because we don’t usually find something like this,” said Shideler.

The Mosasaur fossil will be loaded onto a truck at the mine and taken to the museum. After three to six months of preparation, the Mosasaur will either be put on display for the public or added to the museum’s research collection for paleontologists studying the reptile and its relatives.

A fire broke out at Dinosaur Planet on...

A team of paleontologists and mechanical and...

15 of the Best Dinosaur Movies for Kids