Was Kimberella a Precambrian Mollusk? 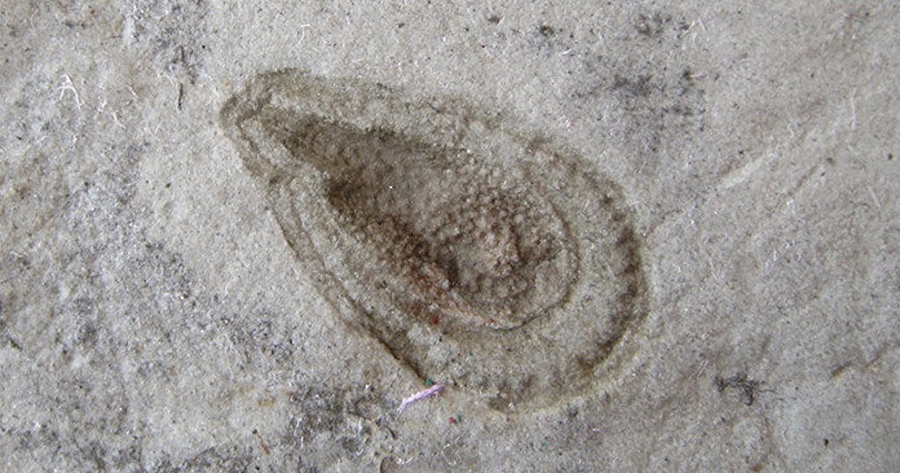 We will now take a closer look at the famous fossil organism Kimberella, which is a typical member of the Ediacara-type biota (Muscente et al. 2019), especially from the White Sea assemblage (Gehling & Droser 2013, Droser et al. 2017). It provides the widest range of morphological detail for any Precambrian organism. Even though it was initially described as a jellyfish, it was later identified, by Fedonkin & Waggoner (1997), as a mollusk-like bilaterian animal. This reinterpretation has been widely adopted and is found in most subsequent publications.

Kimberella indeed represents the strongest case for a bilaterian animal from the Ediacaran era. This is important because it would not only provide a minimum age for the earliest origin of Bilateria but would also predate the Cambrian explosion of bilaterian animal phyla as a kind of “advance guard” (Fedonkin & Waggoner 1997, Fedonkin et al. 2007b, Stearley 2013).

Some scientists even considered the identification of Kimberella as a mollusk-like bilaterian animal sufficiently secure to use it as a calibration point for the minimum age of the crown groups of Metazoa, Eumetazoa, Bilateria / Nephrozoa, Protostomia, and Lophotrochozoa in molecular clock analyses (Fedonkin et al. 2007b, Benton et al. 2015). Based on the work of Benton the influential Palaeontologia Electronica’s Fossil Calibration Database even has Kimberella as calibration point in the mollusk clade.

Because of the enormous importance of this crucial taxon for evolutionary biology, I reviewed for this article series every single paper that was ever published on it or even only discussed it, so that this synopsis and bibliography should even prove to be useful for experts, as nothing comparably comprehensive and up to date exists anywhere else.

Peter Godfrey-Smith (2016), who wrote about Kimberella as the possible earliest mollusk in his bestselling book Other Minds: The Octopus, the Sea, and the Deep Origins of Consciousness, is quoted by McMenamin (2018) with the following remarkable statement: “One of my correspondents expressed concern that I was perpetuating a dubious interpretation of Kimberella as a mollusk; for another, Kimberella-as-mollusk is crucial to the interpretation of early bilaterian evolution.”

In addition, eminent intelligent design theorist Stephen C. Meyer has acknowledged in his seminal book Darwin’s Doubt (Meyer 2013) that Kimberella could be an Ediacaran bilaterian animal and maybe even a mollusk. This was considered by other ID proponents as maybe too generous (Evolution News 2016). Let’s see what the published evidence says and follow the evidence wherever it leads.