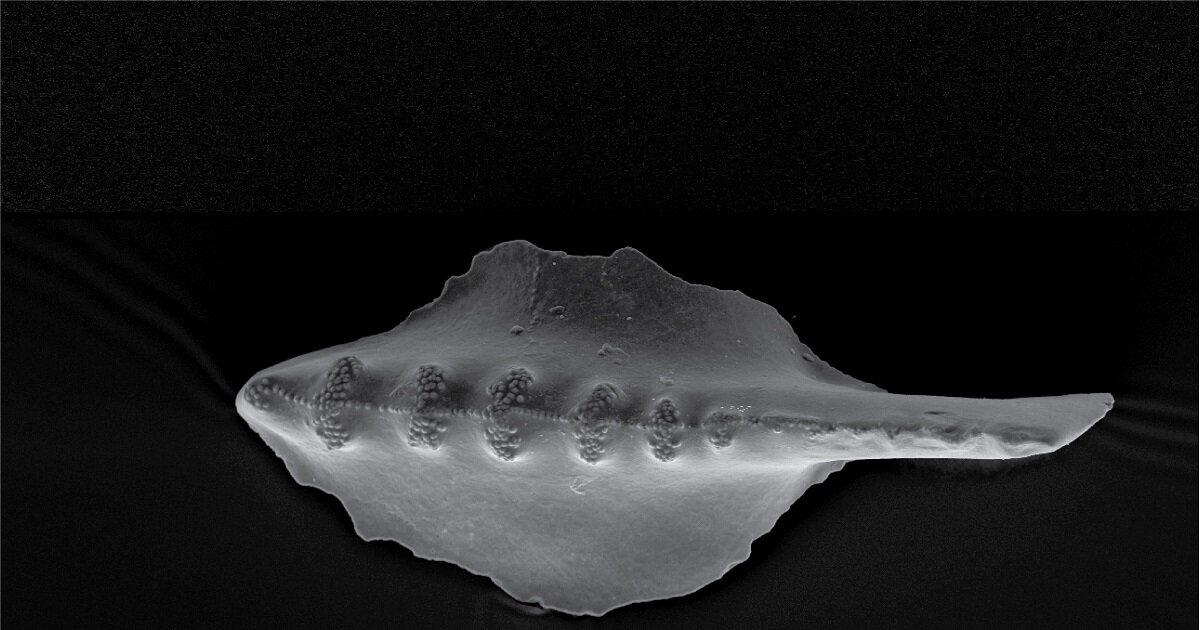 Paleontologists at Friedrich-Alexander-Universität Erlangen-Nürnberg (FAU) and the University of Calgary in Canada have provided new proof of parallel evolution: conodonts, early vertebrates from the Permian period, adapted to new habitats in almost identical ways despite living in different geographical regions. The researchers were able to prove that this was the case using fossil teeth found in different geographical locations.

One of the most convincing arguments proving the theory of evolution is that it is fairly easy to predict how animals and plants will evolve to adapt to changes in their habitats. There is no shortage of proof that organisms with a common ancestor evolve in the same way even if they are entirely isolated from each other. One of the most prominent examples is the Midas cichlid in Nicaragua. Approximately 6,000 years ago, individual fish colonized various crater lakes. Interestingly, they developed identical morphologies in their new habitats. One group specialized in catching small shrimps and developed a stocky body with a flat mouth. Another group hunts fish in deeper water and is considerably more streamlined. "These subspecies are found in each of the crater lakes, although there is no connection whatsoever between the habitats," says Dr. Emilia Jarochowska from GeoZentrum Nordbayern at FAU. "This is an example of parallel evolution."

Fossils from Russia and Bolivia

Emilia Jarochowska's research focuses on evolution in different ecosystems, but rather than studying animals which are still alive today she concentrates on conodonts, organisms which lived in the sea approximately 500 to 200 million years ago and were one of the first vertebrates. The cone-shaped teeth of the eel-like organisms can still be found as micro fossils in sedimentary rocks across the globe. Scientists estimate that there were roughly 3000 different species of conodonts. "Scientists have suspected for several years now that a certain subspecies known as Conodont Sweetognathus developed several parallel evolutionary adaptations," says Emilia Jarochowska.

The researchers from Erlangen set out with paleontologists from the University of Calgary to prove this theory. The Canadian researchers had collected fossilized Sweetognathus teeth from various locations across the world, including Bolivia and Russia. Emilia Jarochowska explains, "As we now have such a good knowledge of tectonics over the history of the Earth, we can rule out the possibility that organisms from these regions were ever in contact with each other." The fossils measuring a mere two to three millimeters in length were scanned at GeoZentrum Nordbayern in a scanner with a spatial resolution of four micrometers, which delivers even higher definition pictures than a CT in a hospital. Precise 3-D models and mathematical descriptions were made of more than 40 samples.

The painstaking analysis of the morphologies in the dental elements confirmed what scientists have suspected for years: Conodont Sweetognathus adapted repeatedly in response to different food sources after emigrating to new habitats in an almost identical fashion in spite of these habitats being isolated from each other. Comparing samples from a large number of fossils over a number of years has now allowed researchers to confirm without a doubt that the teeth found in Bolivia and Russia come from organisms with a common ancestor. "We were able to prove that two lineages of Sweetognathus in two different parts of the world followed the same developmental pattern," Emilia Jarochowska explains. "That is further proof for the theory of evolution—and for the effectiveness of international collaboration."

Journal information: Proceedings of the Royal Society B

Provided by University of Erlangen-Nuremberg

A new genus and species of horned (...

Global warming triggered the evolution of...

Giganotosaurus Was One of the Largest Carnivorous Dinosaurs That Ever Lived

They lived about 30 million years apart and...

There are actually a number of...

The Smallest Dinosaur on the Planet Discovered

At the word “dinosaur” we most often imagine...