Jurassic World 3: What Dominion Needs To Do To End The Trilogy | Paleontology World

Jurassic World 3: What Dominion Needs To Do To End The Trilogy 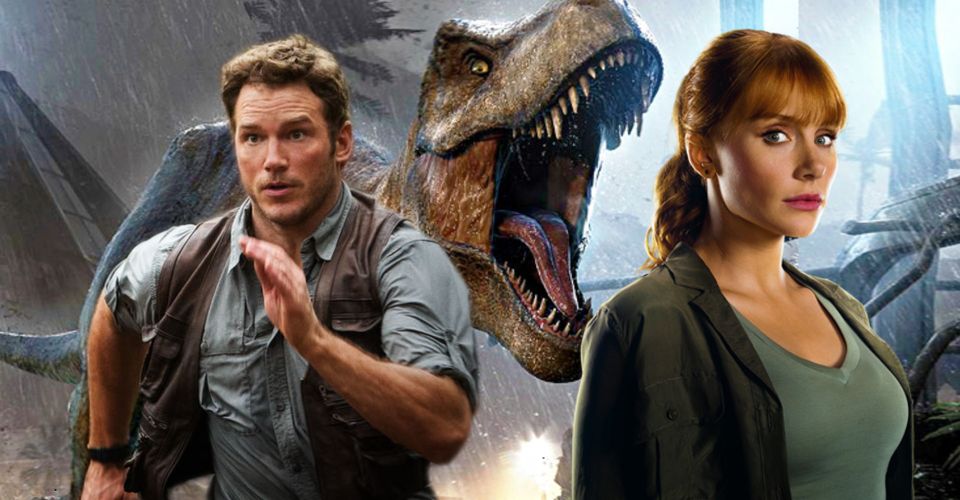 What Jurassic World: Dominion has to do right to give the rebooted Jurassic Park series the perfect ending that this new trilogy deserves.

How can Jurassic World: Dominion give the rebooted Jurassic Park trilogy the perfect ending it deserves? Released in 2015, Safety Not Guaranteed director Colin Trevorrow's Jurassic World was a stellar, if flawed, reboot for the Jurassic Park series. Then along came 2018's Fallen Kingdom, and with it came many Jurassic World plot holes that the series now needs to clear up in its forthcoming final installment.

2015's Jurassic World maintained the humor, tension, heart, and adventure of 1993's Jurassic Park while also expanding the scope and scale of the action to previously unseen size. 2018's Fallen Kingdom, meanwhile, was a bizarre film from A Monster Calls director JA Bayona which offered viewers everything from arms dealers buying dinosaurs in underground auctions, to child clones, to a volcanic eruption on Jurassic Park's original island setting, to a hybrid super-raptor stalking our heroes through a gothic mansion in a thunderstorm. It's a wild ride and one that ended with the sight of dinosaurs freed into the world and roaming among humans.

The major question right now is how Jurassic World: Dominion will end the franchise, but for now, very few details of the film's story are known for certain. But what does the film need to do to provide a satisfying end for the trilogy? Well, the third installment needs to explain what happened with the freed dinosaurs, give Owen and Clare's indecisive relationship a happy (or at least conclusive) ending, and do justice to the returning legacy cast by wrapping up the long-running InGen/BioSyn rivalry neatly. See? It's easy. 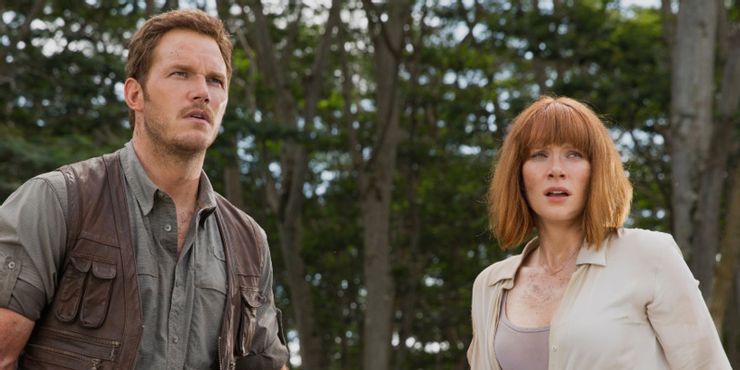 First things first, the Jurassic World series needs to give a clear and conclusive ending to its original characters Owen and Clare. Fortunately, the pair's potentially human-dino-hybrid surrogate kid Maisie should hopefully have been enough of a tether to keep the two together between films this time around. If Owen and Clare's partnership has survived the time between sequels, viewers might be spared a third "they can't stand each other, but boy do sparks fly when they have to work together" scene in as many installments. Chris Pratt and Bryce Dallas Howard don't need conflict to have a fun, easy chemistry together and Jurassic World: Dominion has too much plot to get through to focus on their on-again-off-again romance. Just keep them together and let them tackle this one as a unit. 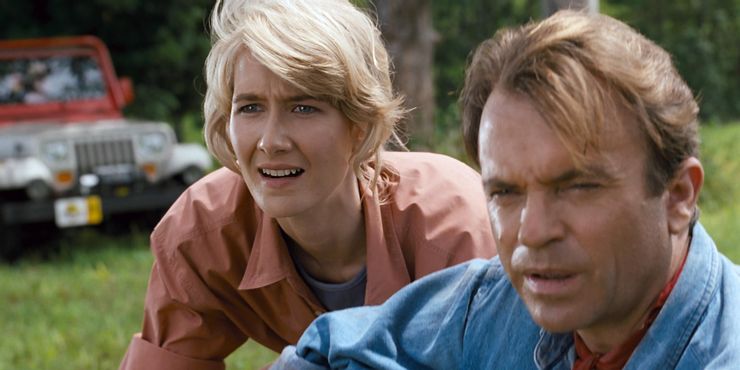 Enough about the young cast, what about the veterans? Jurassic World: Dominion has a lot of legacy characters with the list of returning cast members including Jeff Goldblum, Sam Neill, and Laura Dern. Even more so than Owen and Clare, the series needs to do these original Jurassic Park characters justice, particularly after Goldblum's contribution to Fallen Kingdom ended up being little more than a glorified cameo. While the trio was central to the story of the original park, Goldblum's involvement in The Lost World and Neill's return in Jurassic Park III was more shoehorned in, with neither character being the focus of either sequel. By returning to the original Jurassic Park's focus on InGen and BioSyn's long-running rivalry, this installment could do right by them by bringing the characters back to where they began, at the center of a conflict they couldn't control and could only hope to survive. By making InGen and BioSyn the villains of Jurassic World: Dominion, the filmmakers can deliver on The Lost World's original plot and provide Neill, Dern, and Goldblum the sequel they always deserved in the process. 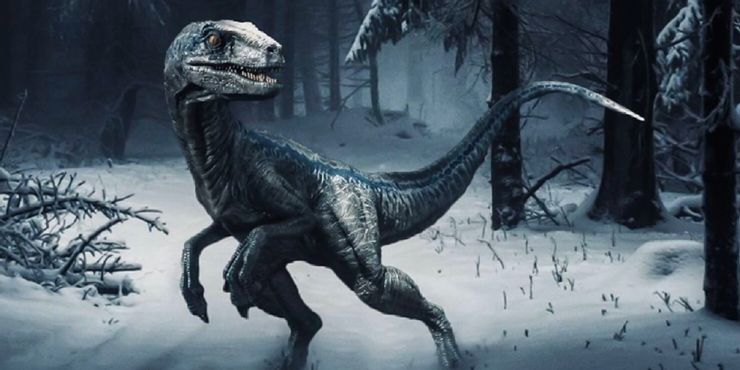 As great as the stars of The Fly, Blue Velvet, and Event Horizon are, no one will be rushing to the multiplex to see a trio of aging actors put in reliably solid turns in Jurassic World: Dominion. The clue's in the title here, and the primary appeal of this franchise of monster movies is the same as the main attraction of their fictitious titular theme park. Viewers want to come to Jurassic Park and Jurassic World movies hoping to see some dinosaurs... But not too many of them, either. This balance could prove difficult to pull off, as the ending of Fallen Kingdom featured a montage of dinosaurs roaming throughout human-inhabited earth that may be hard to retcon. After the messy ending of Fallen Kingdom set lots of dinosaurs free, this installment needs to explain how these dinosaurs are surviving in human civilization.

But the third film in the franchise could use the returning villainous corporation BioSyn to fill in this plot hole. InGen is likely to be pretty unpopular worldwide due to unleashing dinosaurs into human civilization and this could allow their competitor BioSyn to take advantage of their newfound comparative popularity by creating new, more dangerous dinosaurs under the guise of keeping people safe from the now-freed denizens of the abandoned theme park. The film could see BioSyn hide its attempts to gain access to dinosaur DNA via returning to Isla Sorna by having the nefarious company claim they're attempting to assist with efforts to neutralize the world's newfound dinosaur infestation. And speaking of BioSyn...

BioSyn, InGen, And Their Shared DNA 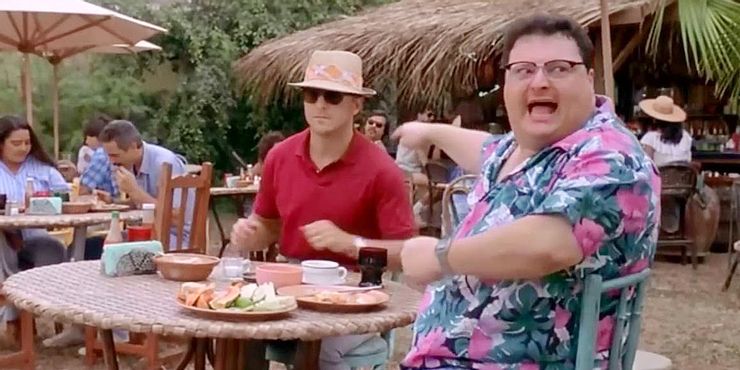 The most exciting news to come out of Jurassic World's third installment is the return of Dodgson, the beleaguered co-conspirator of Dennis Nedry. Not just because it means that the overworked Nedry's legacy can live on, but also because Dodgson's presence means that BioSyn is still toiling away in the lab attempting to cook up some dino DNA that will match the miraculous genetic inventions of the late Hammond and co. With BD Wong set to return to his role as the villainous genome tinkering scientist Henry Wu, it's looking more and more likely that BioSyn will be behind new dinosaurs seen in Jurassic World: Dominion's onset photos. So not only are viewers are guaranteed the spectacle of dinosaurs roaming free in public and new dinosaur threats to contend with, BioSyn's presence will likely mean plenty of villainous henchmen for these dinos to chew through.

But even more promising is the thematic clarity of BioSyn's return. The rivalry between the two corporate giants has been in the background of both franchises since their inception, and their amoral Frankenstein-ian experimentation has led humanity to the mess they're in by the time Jurassic World: Dominion begins. As such, the movie could make up for the franchise's failure to show the consequences of Hammond's actions by portraying BioSyn, InGen, and their shareholders as the real monsters of this beloved creature feature series.