Yutyrannus (meaning “feathered tyrant”) is a genus of tyrannosauroid dinosaurs which contains a single known species, Yutyrannus huali. This species lived during the early Cretaceous period in what is now northeastern China. Three fossils of Y. huali – all found in the rock beds of Liaoning Province – are currently the largest known dinosaur specimens that preserve direct evidence of feathers.

Yutyrannus huali was named and scientifically described in 2012 by Xu Xing et al. The name is derived from Mandarin Chinese yǔ (羽, “feather”) and Latinised Greek tyrannos (τύραννος, “tyrant”), a reference to the classification as a feathered member of the Tyrannosauroidea. The specific name consists of the Mandarin huáli (华丽(simplified, 華麗 traditional, “beautiful”), in reference to the beauty of the plumage.

Yutyrannus is known from three nearly complete fossil specimens (an adult, a subadult and a juvenile) acquired from a fossil dealer who claimed all three had their provenance in a single quarry at Batuyingzi in Liaoning Province, China. They thus probably were found in a layer of the Yixian Formation, dating from the Aptian, approximately 125 million years old. The specimens had been cut into pieces about the size of bath mats, which could be carried by two people. 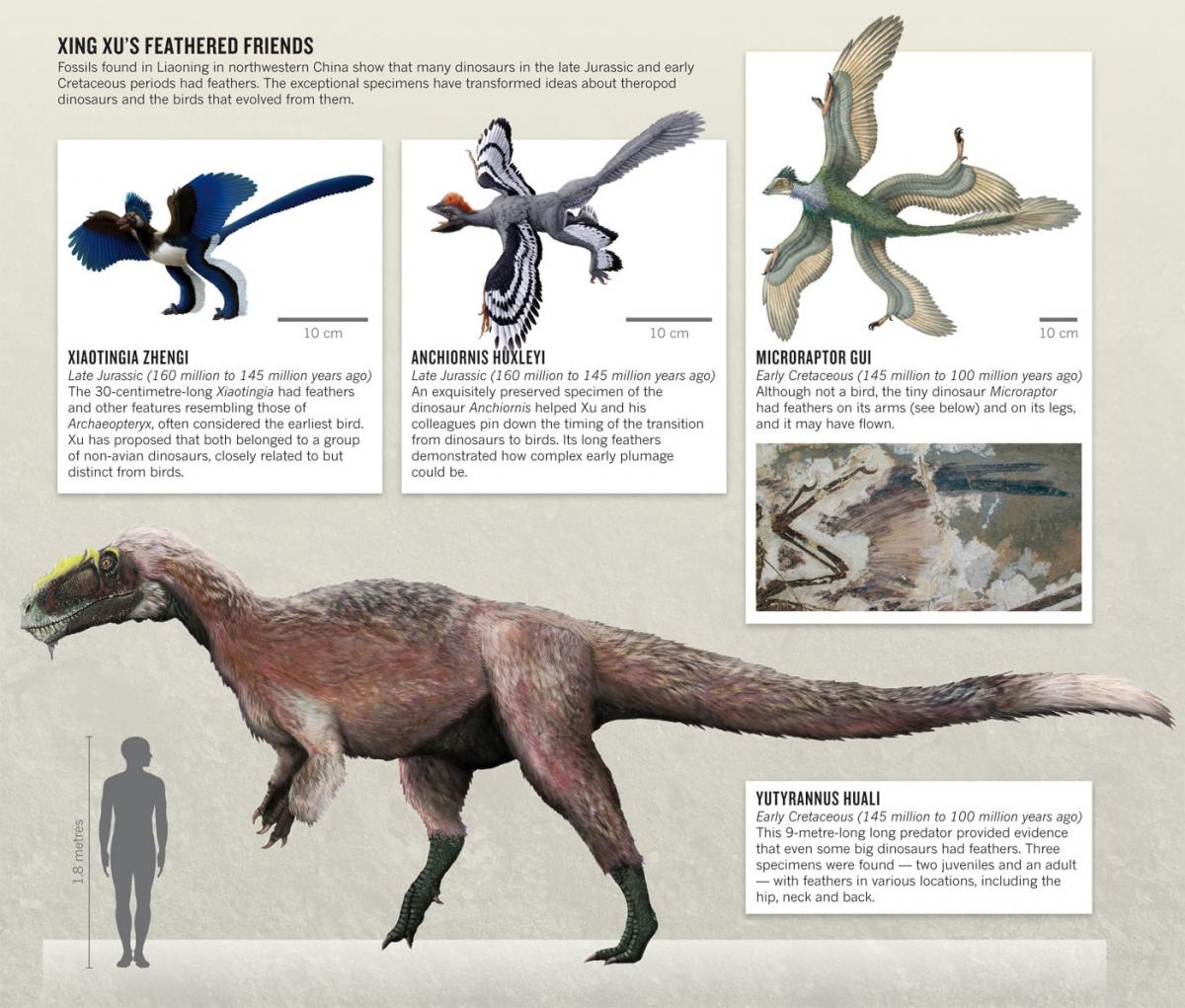 The holotype, ZCDM V5000, is the largest specimen, consisting of a nearly complete skeleton with skull, compressed on a slab, of an adult individual. The paratypes are the two other specimens: ZCDM V5001 consisting of a skeleton of a smaller individual and part of the same slab as the holotype; and ELDM V1001, a juvenile estimated to have been eight years younger than the holotype. The fossils are part of the collections of the Zhucheng Dinosaur Museum and the Erlianhaote Dinosaur Museum but have been prepared by the Institute of Vertebrate Paleontology and Paleoanthropology, under guidance of Xu.