Paleontologists have announced the discovery of a new genus and species of carcharodontosaurian dinosaur, based on the fossilized remains found in Thailand.

The ancient creature was a member of Carcharodontosauria, a group of large carnivorous dinosaurs from the Jurassic and Cretaceous periods.

In fact, Siamraptor suwati is the oldest carcharodontosaurian dinosaur known and is the first of its kind from Southeast Asia.

The fossils were analyzed by Dr. Duangsuda Chokchaloemwong of Nakhon Ratchasima Rajabhat University and her colleagues from Thailand and Japan.

“The phylogenetic analyses revealed that Siamraptor suwati is a basal species of Carcharodontosauria, involving a new sight of the paleobiogeographical context of this group,” the paleontologists said. 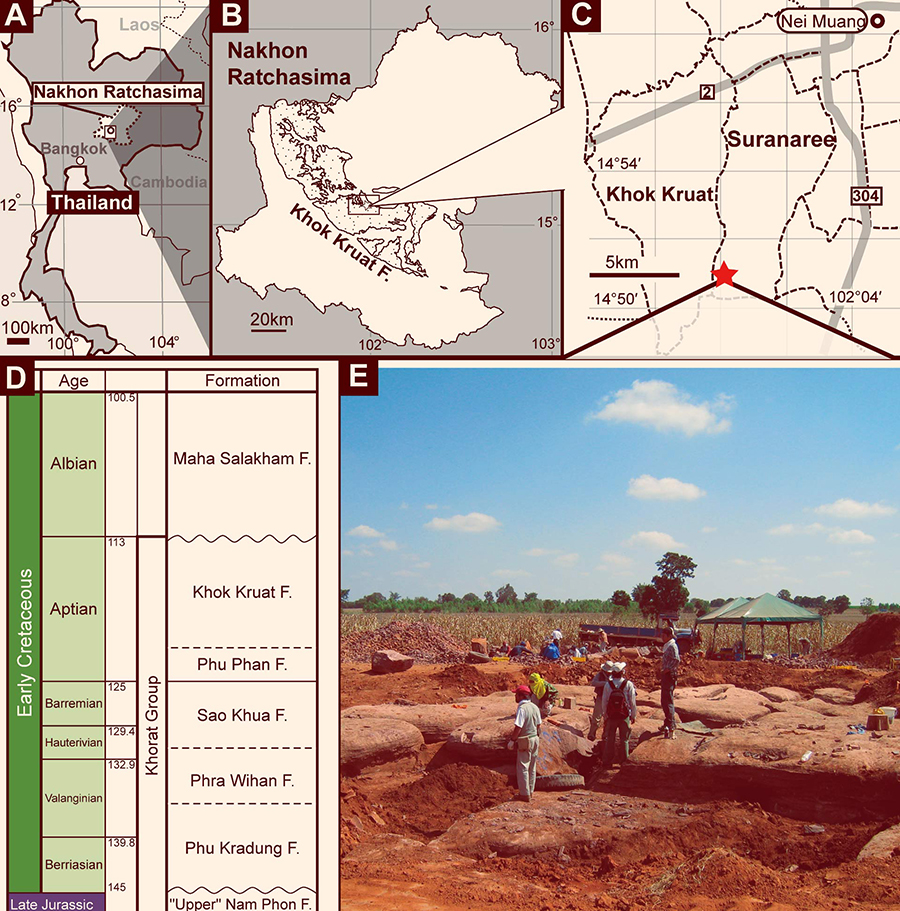 The team’s paper was published online October 9, 2019 in the journal PLoS ONE.

Carnotaurus Had Scaly Skin with No Feathers, Paleontologists Say

Paleontologists have described in detail for...

Jurassic World: Dominion is a...

It's not revolutionary to say that Jurassic...

Burrowing bats (family Mystacinidae) are only...

10 Mistakes In Jurassic World That Ruined The Movie