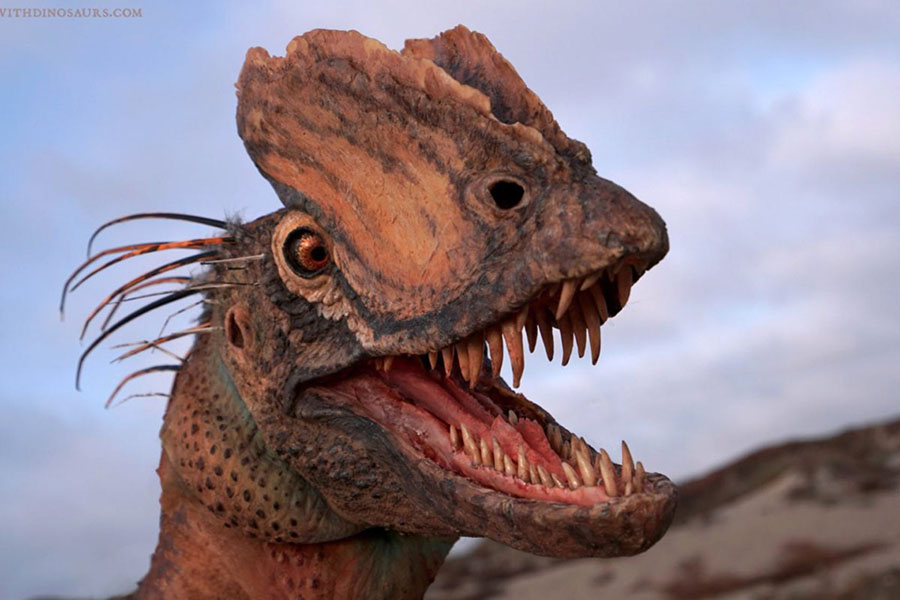 “It’s pretty much the best, worst-known dinosaur. Until this study, nobody knew what Dilophosaurus wetherilli looked like or how it evolved,” said study lead author Dr. Adam Marsh, a paleontologist in the Jackson School of Geosciences at the University of Texas at Austin and Petrified Forest National Park.

Seeking answers to these questions, Dr. Marsh and his colleague, Jackson School’s Professor Timothy Rowe, examined five most-complete specimens of Dilophosaurus wetherilli, all from the middle and lower part of the Kayenta Formation in the Navajo Nation in northern Arizona.

“That fossil was rebuilt with plaster, but the 1954 paper describing the find isn’t clear about what was reconstructed — a fact that makes it difficult to determine how much of the early work was based on the actual fossil record.”

Early descriptions characterize Dilophosaurus wetherilli as having a fragile crest and weak jaws, a description that influenced the dinosaur’s depiction in the Jurassic Park book and movie as a svelte dinosaur that subdued its prey with venom.

But the study authors found the opposite. The jawbones show signs of serving as scaffolding for powerful muscles. They also found that some bones were mottled with air pockets, which would have helped reinforce the skeleton, including its dual crest.

“They’re kind of like bubble wrap — the bone is protected and strengthened,” Dr. Marsh said.

These air sacs are not unique to Dilophosaurus wetherilli. Modern birds and the world’s most massive dinosaurs also have bones filled with air. In both cases, the air sacs lighten the load, which helped big dinosaurs manage their bulky bodies and birds take to the skies.

Many birds use the air sacs to perform other functions, from inflating stretchy areas of skin during mating rituals, to creating booming calls and dispersing heat.

The intricate array of air pockets and ducts that extend from Dilophosaurus wetherilli’s sinus cavity into its crests means that the dinosaur may have been able to perform similar feats with its headgear. 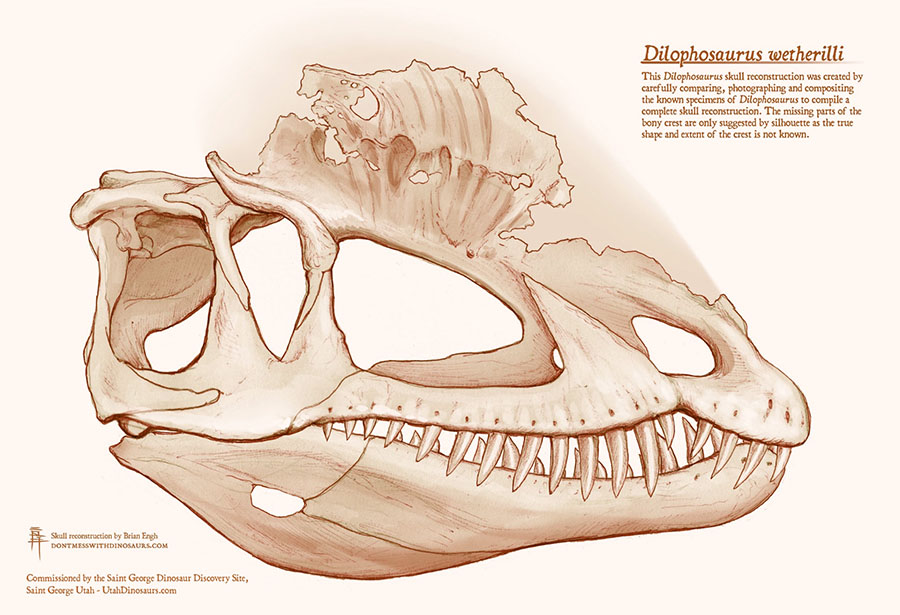 To learn more about how the fossils compared with one another, the team recorded hundreds of anatomical characteristics of each fossil.

The scientists then used an algorithm to see how the specimens compared with the first fossil — which confirmed that they were indeed all Dilophosaurus wetherilli.

The algorithm also revealed that there’s a significant evolutionary gap between this species and its closest dinosaur relatives, which indicates there are probably many other relatives yet to be discovered.

“The research is already being put into action,” Dr. Marsh said.

“In the midst of the analysis, we discovered that a small braincase in the Jackson School’s collections belonged to a Dilophosaurus wetherilli.”

“We realized that it wasn’t a new type of dinosaur, but a juvenile Dilophosaurus wetherilli, which is really cool.”

The study was published online in the Journal of Paleontology.

This article is based on text provided by the University of Texas at Austin.