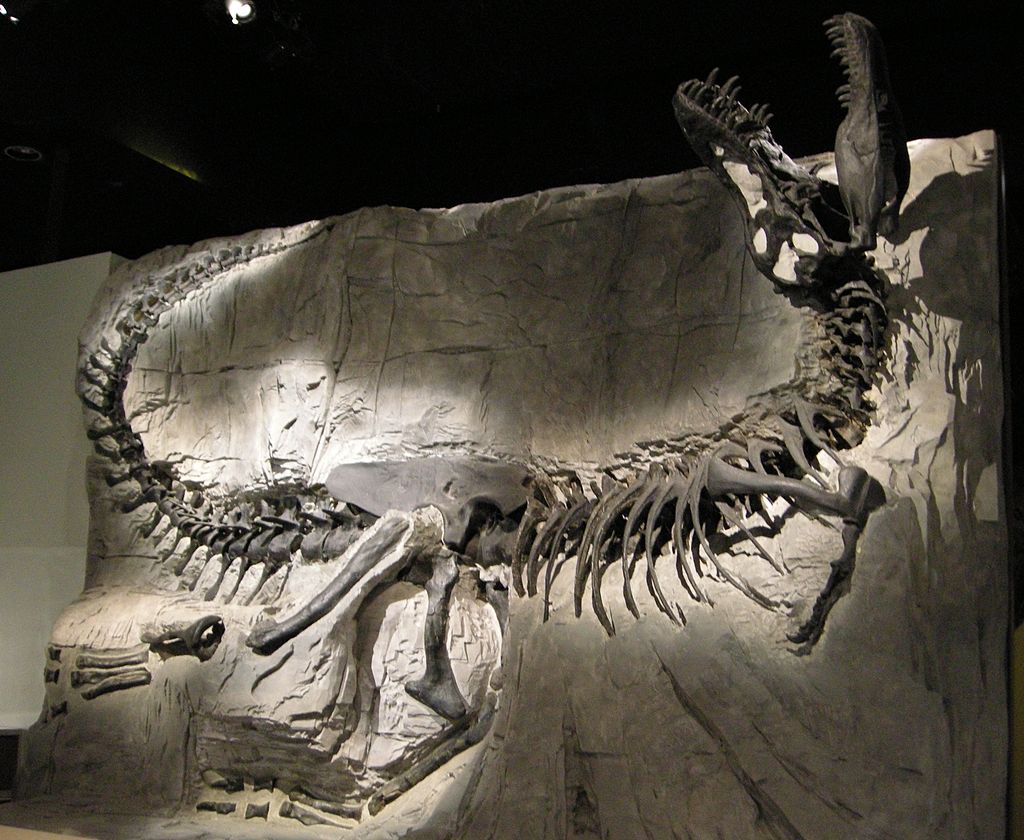 Black Beauty (specimen number RTMP 81.6.1) is a well preserved fossil of Tyrannosaurus rex. The nickname stems from the apparent shiny dark color of the fossil bones, which occurred during fossilisation by the presence of minerals in the surrounding rock. The specimen is housed in the Royal Tyrrell Museum in Drumheller, Alberta, Canada. Black Beauty is the 14th most complete known skeleton of Tyrannosaurus rex, featuring 85 original bones (28% complete). Casts are on display in museums around the world, like the display at Naturhistoriska Riksmuseet in Stockholm, Sweden. In 2009, a paper by Jack Horner and colleagues illustrated the concept of parasitic infections in dinosaurs by analysing the lesions found on the cranial bones of Black Beauty. The specimen has been used to study comparative morphology between tyrannosaurids and Tyrannosaurus individuals, and some have suggested that Black Beauty should be classed as Dynamosaurus (=Tyrannosaurus). It has been claimed to be the smallest adult T. rex specimen known, even though a number of other adults have skeletal measurements that are similar to or smaller than those of Black Beauty.

Black Beauty was found in 1980 by Jeff Baker, while on a fishing trip with a friend in the region of the Crowsnest Pass, Alberta. A large bone was found in the riverbank and shown to their teacher. Soon afterward, the Royal Tyrrell Museum was contacted, and excavation of the sandstone matrix surrounding the fossils began in 1982.

Replicas of Black Beauty have been shown in some exhibitions and museums, including both simple skull montages and complete skeletons. The Naturhistoriska riksmuseet in Stockholm has a mounted complete skeleton of Black Beauty as one of their primary exhibitions called 4 ½ miljarder år, featuring the history of earth and life. Black Beauty has also been displayed in Paleozoological Museum, and a replica of the skull is on display at the Museum of African Culture. It was also part of the traveling exhibit Dinosaur World Tour in the 1990s.

The location, called Sirius Passet in Peary Land in the...

New Dinosaur Species Keep Getting Discovered This Year — 3 Reasons Why

Though he directed the first two...

To help you get off to the best possible...