The largest and most complete Tyrannosaurus rex skeleton ever found is making its debut (again) at the Field Museum — and it’s now even more complete than before.

Sue the T. rex back on display to the public. The T. rex had been living in Stanley Hall on the main floor for nearly two decades, but the fossil is taking up permanent residence upstairs in the Griffin Halls of Evolving Planet exhibit. Her new digs — and new look — were unveiled to the media.

Officials at the Field Museum say it took years of planning to get Sue’s new exhibit just right. The T. rex gets its name from Sue Hendrickson, who is credited with the dinosaur’s discovery in South Dakota in 1990. Sue has no known gender, but in the years since the Field Museum acquired the fossil for a record-breaking $8.4 million in 1997, experts have learned a lot about T. rex dinosaurs, the museum said in a press release. The new 5,100-square-foot suite incorporates that research and better introduces visitors in the daily life of a 40-foot dinosaur, officials said.

Some of that research includes the addition of a missing puzzle piece: gastralia, a set of bones previously left off Sue  because scientists weren’t sure how to mount them. Scientists believe the bones, which resemble a rib cage, helped the dinosaur breathe. Sue has a new walking pose and its wishbone was adjusted.

“When SUE was discovered, scientists didn’t know exactly how the gastralia fit onto the skeleton, so they were left off,” says Pete Makovicky, the museum’s curator of dinosaurs. “Thanks to the research we’ve been doing on Sue for the last 20 years, we now know what they were for and where they should go.”

In the new exhibit, visitors will be immersed in Sue’s surroundings from the Cretaceous period 67 million years ago, including other life forms from the time. The exhibit offers multimedia presentations on everything from how Sue hunted and interacted with other dinosaurs — to how Sue pooped. Her mounted pose has also been changed. 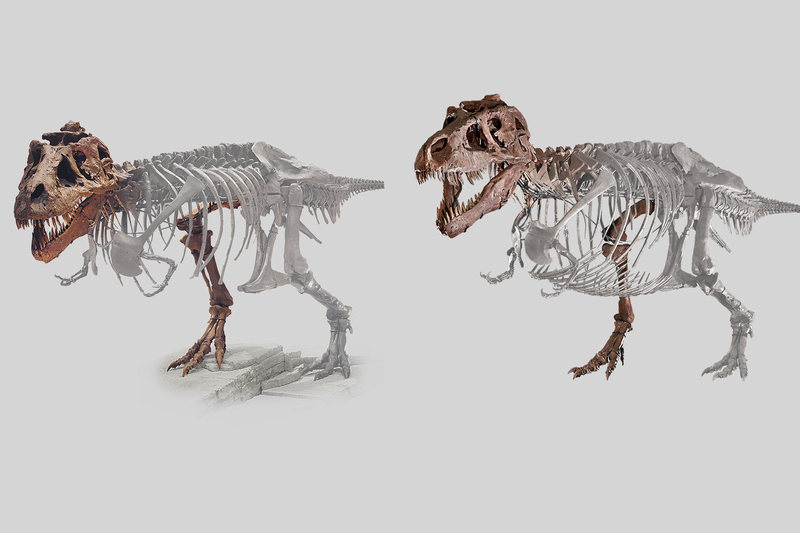 Sue had been on display in Stanley Hall since May 2000. In early February 2018, scientists began to disassemble the mammoth fossil to make way for a model of a 122-foot titanosaur the museum acquired last year and put on display the summer of that year.

Sue’s comings and goings have been featured on its Twitter account, @SUEtheTrex, which has gained nearly 50,000 followers since the fossil started tweeting in 2009. Sue tweeted: “I’m back on display this week and everything else pales in comparison right now.”

A beloved dinosaur sculpture has been stolen...

The question of whether this dino-bird was...

Many Minecraft players, playing the game for...

New Tyrannosaur Fossil is Most Complete Found in Southwestern US

Why The Triceratops Was Sick in Jurassic Park

After a lengthy holiday, ...

Big Dinosaur from Italy Got Burial at Sea

Scientists are studying fossils of...