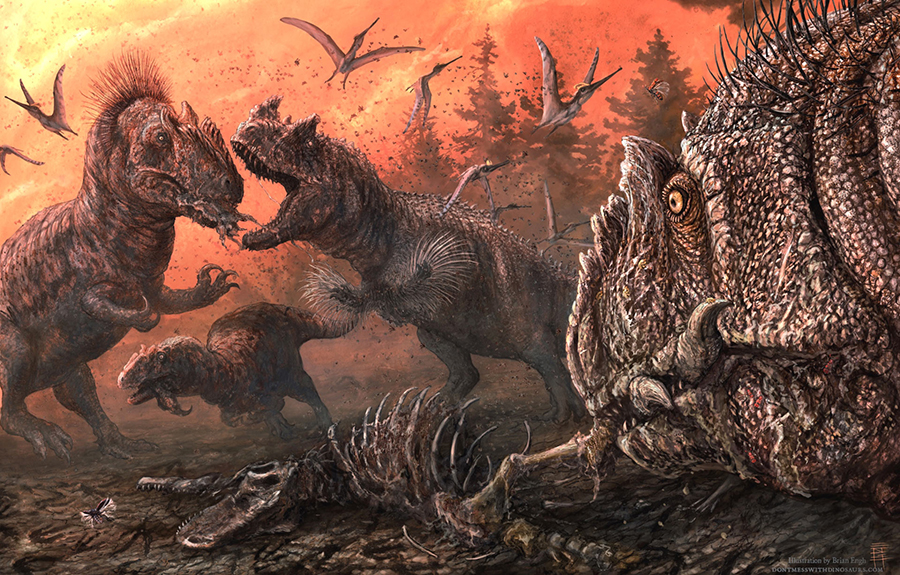 An analysis of the fossilized vertebrate remains from the Jurassic Mygatt-Moore Quarry in Colorado has revealed the bones of a theropod dinosaur called Allosaurus that bear tooth marks made by this and other large-bodied carnivorous dinosaurs.

Scavenging between large carnivores, including cannibalism, is fairly common among modern groups, but direct evidence for it in the fossil record is extremely rare.

Most cases of cannibalism among theropods have only been tentatively suggested. Definitive evidence through striated tooth marks has been recorded only in Tyrannosaurus rex and Majungasaurus crenatissimus, but never before in Allosaurus.

“Scavenging, and even cannibalism, is pretty common among modern predators,” said Dr. Stephanie Drumheller, a paleontologist at the University of Tennessee, Knoxville.

“Big theropods, like Allosaurus, probably weren’t particularly picky eaters if it meant they got a free meal.”

Dr. Drumheller and her colleagues from Colorado Mesa University, Museums of Western Colorado, and Daemen College analyzed fossils from the Mygatt-Moore Quarry, a 152-million-year-old fossil deposit in western Colorado, looking for bite marks.

The researchers surveyed a total of 2,368 vertebrate fossils and found 684 specimens (almost 29% of the sample) preserving at least one theropod bite mark (punctures, scores, furrows, pits, and striations). 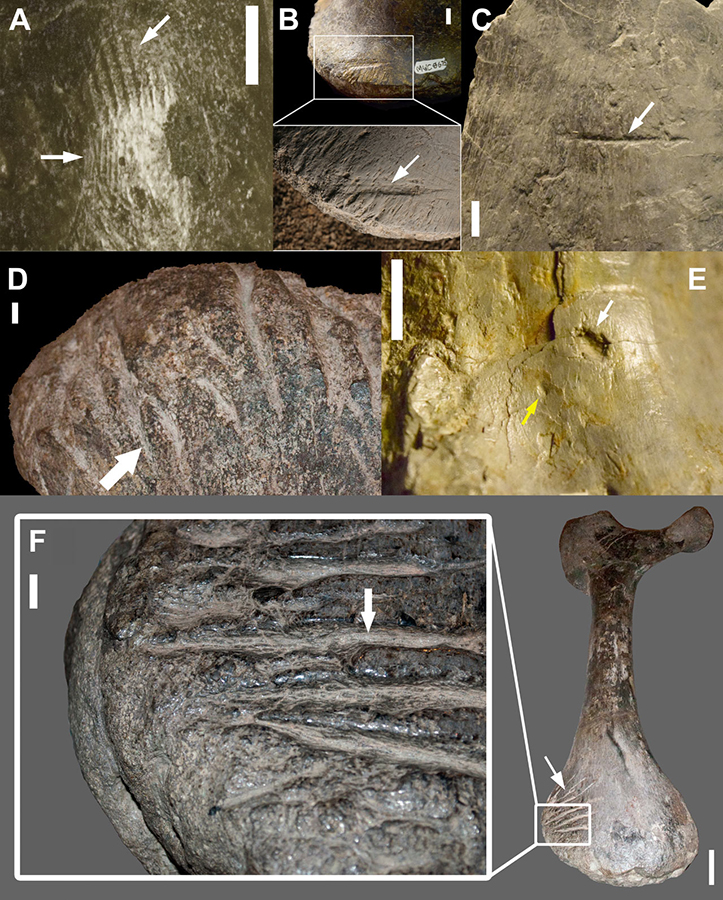 There were theropod bites on the large-bodied sauropods whose gigantic bones dominate the assemblage, bites on the heavily armored Mymoorapelta, and lots of bites on theropods, too, especially the common remains of Allosaurus.

There were hundreds of them, in frequencies far above the norm for dinosaur-dominated fossil sites.

Some were on meaty bones like ribs, but the team discovered others on tiny toe bones, far from the choicest cuts.

Pulled together, the data paint a picture of an ecosystem where dinosaur remains lay out on the landscape for months at a time — a stinky prospect, but one that gave a whole succession of predators and scavengers a turn at eating.

“The distribution of the bite marks on skeletal elements, particularly those found on other theropods, suggest that they potentially preserve evidence of scavenging, rather than active predation,” the scientists said.

“Given the relative abundances of the Mygatt-Moore Quarry carnivores, partnered with the size-estimates based on the striated bite marks, the feeding trace assemblage likely preserves the first evidence of cannibalism in Allosaurus.”

The study was published in the journal PLoS ONE.

Jurassic World 3 to Be a Celebration of the Franchise, but May Not Be Last One

The Jeff Goldblum Statue Has Been Immortalised On Google Maps

We thought it was extinct. But the ...

A beloved dinosaur sculpture has been stolen...

The Devonian is a...

While the egg was about the same size as...

Despite its status as a fairly popular and...

Thylacosmilus Was Not a Saber-Tooth Predator

The magic of Frontier Developments’ ...