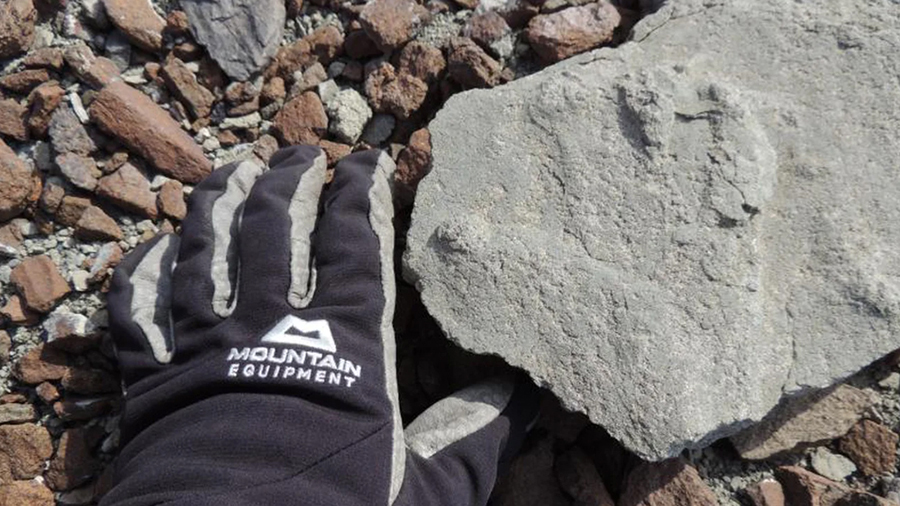 It is about the hand-sized trace of an animal from the group of archosaurs, said the Federal Institute for Geosciences and Natural Resources (BGR) in Hanover.

According to the German news agency, the researchers found the trail finder in January 2016 in the Helliwell Hills in northern Victoria Land, but their findings were recently published in the journal "Polar Research".

BGR expedition leader Andreas Läufer revealed that dinosaur bones were already discovered in the southern Viktorialand, in the north, however, not even a tooth.

"That was something we had not expected at all," he said.

In addition, scientists found fossilized remnants of forests around 1700 kilometers from the South Pole.

"This is an indication that Antarctica was not the icy continent, as we know it today, about 200 million years ago," said Räufer.

Lurking in the ancient tropical ferns and...

To Understand Fossils, These Paleontologists Are Making Faux-ssils

To learn more from fossils they find in...

Chasmosaurus is a genus of...

We've Discovered a Massive Dinosaur-Era River Delta Under the Sea

A vast floodplain 10 times the size of the...

John Hammond: What Happened to the Jurassic Park Founder

Of all the fan-favorite characters to appear...

Research finds lizard inside fossilised dinosaur to be a new species

The dinosaur is estimated to have lived...

How and When Spines Changed in Mammalian Evolution?

A new study from Harvard University and the...

A new species of freshwater shark that lived...