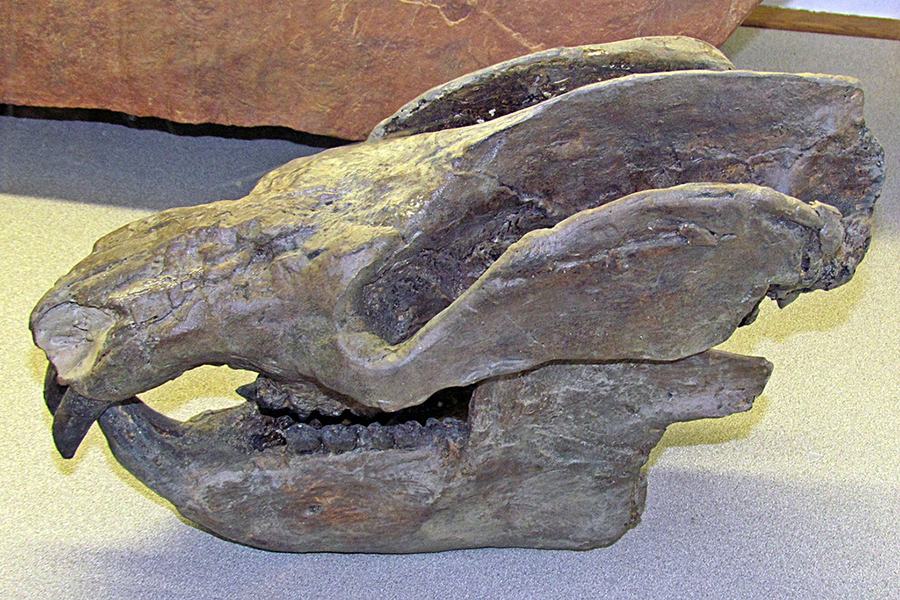 Scientists have uncovered the skulls of 38 babies hidden in the ancient fossilized remains of an extinct mammal precursor—the only such fossils ever discovered.

The team think their research, presented recently at the 78th annual Society of Vertebrate Paleontology meeting, may help explain how mammals swapped hordes of offspring for bigger brains over the course of million years of evolution.

The research was also published earlier this year in the journal Nature. A member of the Kayentatherium wellesi species—dog-sized herbivores that lived 185 million years ago—have an awful lot in common with mammals. They may even have hair.

But they differ in some crucial ways. Most importantly, the fossilized family reveals the ancient animal bred more like a reptile. It produced large clutches of eggs with lots of babies, rather than birthing just a few.

Both brains and broods use oodles of energy. Kayentatherium’s little brain and massive clutch of children, the researchers wrote, suggest mammals tended toward larger brain size later in their evolutionary journey. 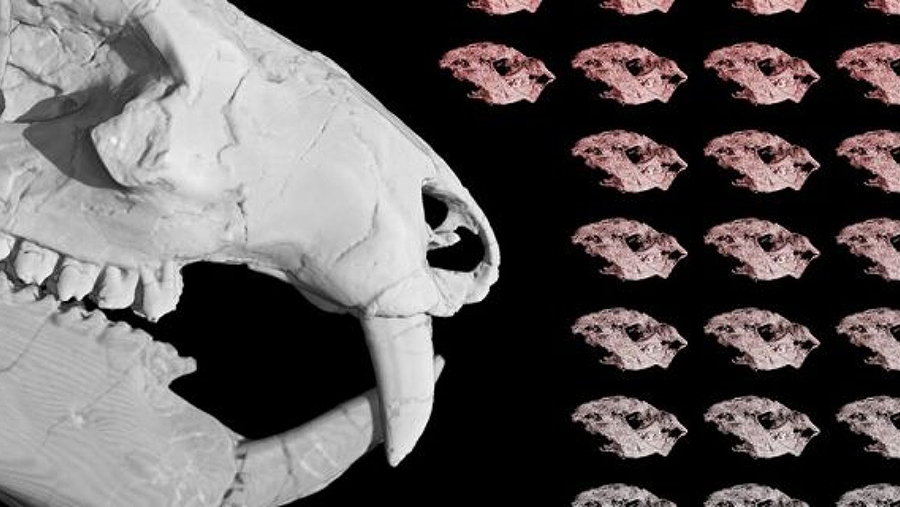 Researchers spotted the baby skulls by accident, years after the remains were uncovered in Arizona. Then-graduate student Sebastian Egberts spied a glint of unexplained enamel about 9 years ago.

“It didn’t look like a pointy fish tooth or a small tooth from a primitive reptile,” said Egberts, who teaches anatomy at the Philadelphia College of Osteopathic Medicine. “It looked more like a molariform tooth (molar-like tooth)—and that got me very excited.”

Advances in imaging technology finally revealed the babies, which are a “really important point in the evolutionary tree,” according to Eva Hoffman, who led the research while attending the University of Texas as a graduate student. The scientists expect advancing technology will continue to shed light on the intricacies of evolution.

In other fossil news, scientists recently discovered an ancient flesh-eating fish that lived about 150 million years ago. The piranha-like critter chomped down on other creatures with its razor-sharp teeth.

Researchers have also found the smallest diplodocus skull ever discovered. The “exceedingly rare” find, they said, is a great window into the gentle giants’ youth.

A dinosaur species—Ledumahadi mafube—was also recently named after many years of study. Known as Giant Thunder Clap at Dawn, this enormous sauropod cousin lived around 200 million years ago.

Prehistory had no shortage of terrifying...

The Softer Side of Dinosaur Fossils

Usually, when a plant or animal becomes a...

Sam Neill has taken to social media to...

Reproduction in the most common group of...

The location, called Sirius Passet in Peary Land in the...

Maximo, The Largest Dinosaur Ever Uncovered, Moving Into Field Museum