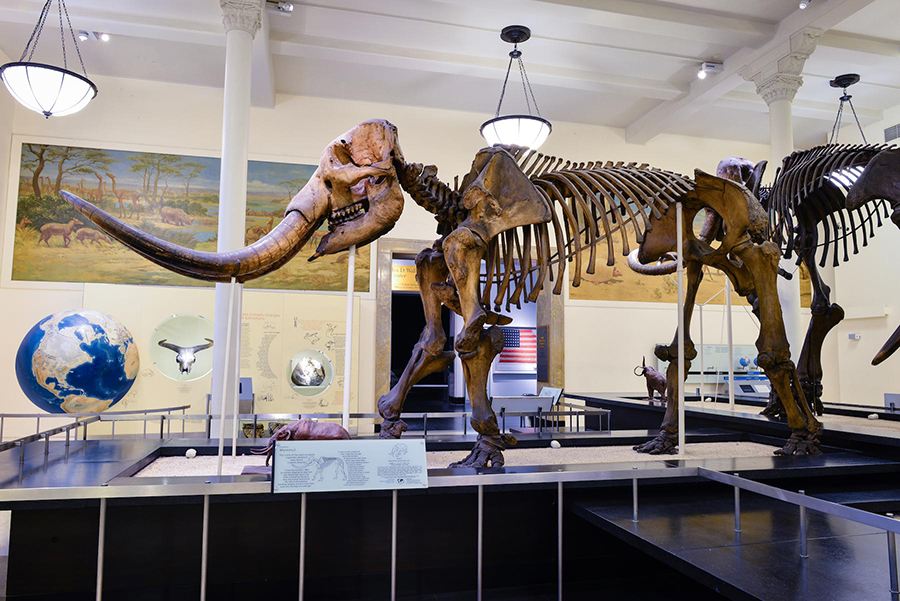 New research suggests that American mastodons were avid travelers, migrating vast distances across North America in response to dramatic climate change during the ice ages of the Pleistocene. The study, conducted by an international team of scientists and published  in the journal Nature Communications, also reveals that mastodon populations that headed northward to the Arctic during warm periods were less genetically diverse, making them vulnerable to extinction. The findings could be useful for modern conservation science.

“Today, you might think that it’s great to see animals like brown bears in northern Canada and the Arctic islands, well beyond their historical range. They are obviously benefitting, just like these mastodons did for a time, as a result of natural climate change,” said Ross MacPhee, a senior curator in the Museum’s Department of Mammalogy and one of the authors on the study. “But that benefit can be very limited. It’s important to realize that what we might think is beneficial change at one level for some species is not necessarily all that good for others.”

Mastodons, which belong to a group closely related to modern-day elephants and extinct mammoths, were among the largest living land animals on Earth at the time, roaming from present-day Alaska and the Yukon east to Nova Scotia and south to Central Mexico. The species went extinct about 11,000 years ago along with other large mammals such as mammoths, sabre-toothed cats, and giant ground sloths.

Mastodon fossils discovered previously in northern climates indicate that the species likely had a large range, but scientists remained in the dark about when these migrations happened and whether mastodon populations took repeated trips or only went once. To find out more, the researchers reconstructed complete mitochondrial genomes from the fossilized teeth, tusks, and bones of 33 mastodons. The results show that the animals traveled extreme distances in response to warming climate conditions and melting ice sheets, from warmer environments to the northernmost parts of the continent. 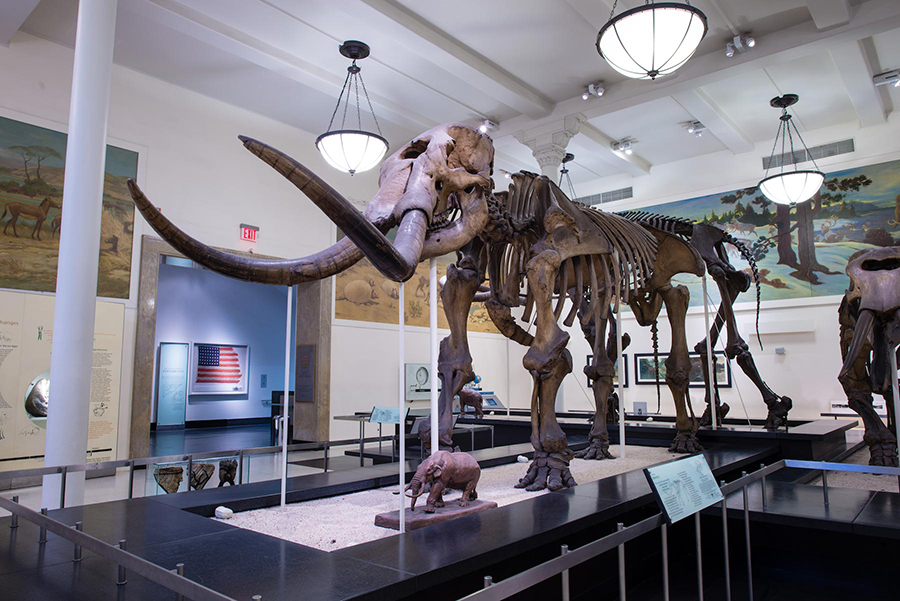 The Pleistocene, which began about 2.6 million years ago, was one long roller coaster ride–cold glacial periods interspersed with warmer periods during which ice sheets would retract. During these warm “interglacials,” previously frozen regions grew new forests and wetlands that provided new food sources for animals like the mastodon, enticing them northward.

“These mastodons were living in Alaska at a time when it was warm, as well as in Mexico and parts of Central America. These weren’t stationary populations. The data show there was constant movement back and forth,” said evolutionary geneticist Hendrik Poinar, director of the McMaster University Ancient DNA Centre and an author on the study.

The researchers suggest that examining how different ecologically adapted Pleistocene megafauna responded genetically and ecologically to such climate transitions can provide valuable information on how climate change is affecting modern-day species in the north.

“It’s really interesting because a lot of species presently, like moose and beaver, are rapidly expanding their range northwards by as much as tens to hundreds of kilometers every century,” said Emil Karpinksi, lead author on the study and a graduate student at the Ancient DNA Centre and the Department of Biology at McMaster University.

The scientists also analyzed the genetics of the “pioneer” populations that made it to the north, finding that their genetic diversity was very low.

“That is always a danger signal for vertebrate species,” said Grant Zazula, an author on the study and paleontologist with the Government of Yukon. “If you lose genetic diversity, you are losing ability to respond to new conditions. In this case, they were not up there long enough to adapt to northern conditions when they cycled back to cold.”

The study was a collaboration between scientists across Canada, the United States, Mexico, and Australia and was based on specimens donated from museums and research institutions across North America, including the American Museum of Natural History.

Islands have been vital laboratories for...

Alberta is redesigning its driver’s licences...

Paleontology is a Scam, According to Cam'ron!

A new species of dinosaur which lived...