When you think about survival horror games, the predators chasing their prey (you) tend to be more traditional sorts of villains. Silent Hill had grotesque monsters and otherworldly abominations. Resident Evil had zombies. You don’t really picture, well, dinosaurs, even though Jurassic Park has always used them so effectively. Yet, that’s exactly what Dino Crisis does. It actually makes you very concerned that dinosaurs, extinct creatures that could not hurt you in any way anymore, are huge threats. Plus, it does it in a clever way and with an enjoyable story. It’s truly a PlayStation Classic.

EVERYBODY WALK THE DINOSAUR

Comparing Dino Crisis to Jurassic Park is actually rather apt. Both series tend to involve scientists who manage to resurrect dinosaurs, though they have different intentions when they do. Each one involves an island that is dedicated to this cause. In both cases, things go wrong for the people we follow that visit the island, as the dinosaurs are incredibly hostile. (Though, I suppose you could argue that’s what a velociraptor or T. rex is going to do.)

In this case, players follow Secret Operation Raid Team member Regina, a U.S. army weapon specialist who is sent with a team of four agents to Ibis Island to capture a man who is basically a mad scientist and stop his mysterious weapon project. As you can probably guess by now, the secret weapons seem like they might be the dinosaurs. (You’ll have to play to find out what’s really going on and why Regina and her team were really sent in.) Once she realizes what’s going on, it’s about hopefully still finding the wayward Dr. Kirk, while also finding a way to get yourself out.

Given what we know from seeing movies like Jurassic Park, you might think that Dino Crisis is a game that would just be thrilling. It definitely is that, but actually does manage the whole “horror” part of the survival horror thing too. This is because the Ibis Island dinosaurs are both determined and smart. They know they want you dead, they’re agile enough to even knock weapons out of your hands, it doesn’t shy away from showing you when Regina is near death with blood and on-screen cues, and sometimes the game will just shout “DANGER!” at you and expect you to react. 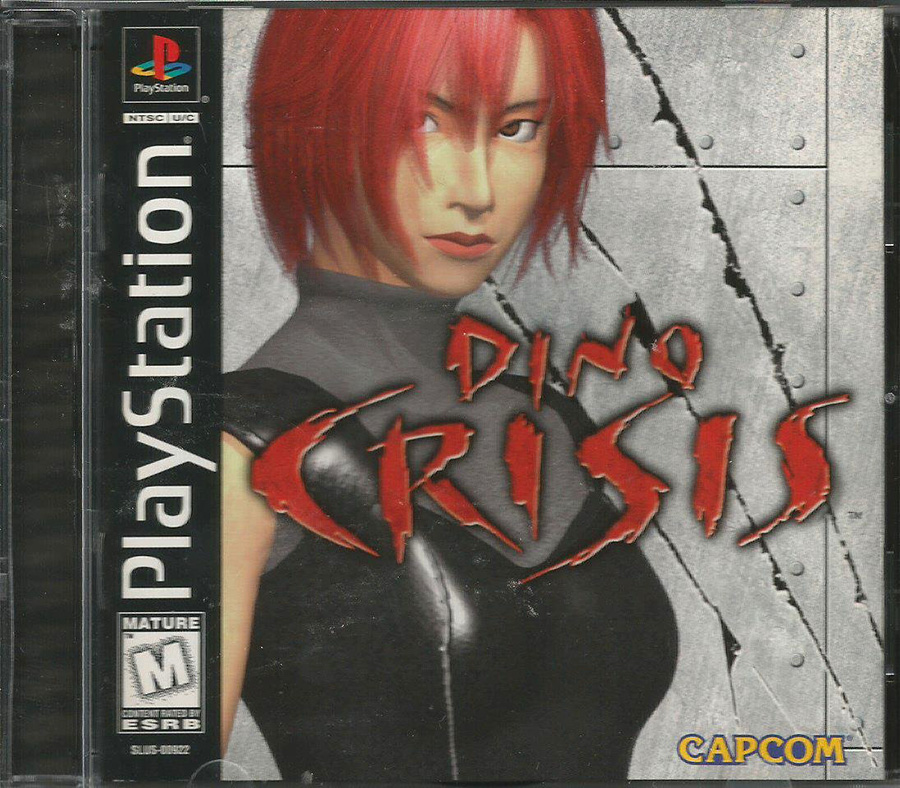 Some of the fear might also come from knowing you have to live with your consequences. While this is a Resident Evil-like game, meaning being smart and keeping your wits about you should get you through it, Dino Crisis also has you making lots of different decisions. You can choose to pair up with certain team members as you go. You also can choose how to handle certain situations. Depending on what you do, you can learn more about the situation. But also, people can die if you make certain choices. A lot of weight is placed on your shoulders! Especially since you get to know the truth about the situation only if you get a certain ending.

Dino Crisis is that it kicked off what is a great series. There were three main installments, a mobile game, and a Gun Survivor entry with its characters. It just ended up, well, kind of dying off. (Just like the dinosaurs!) Except, there was no giant meteor here. While there have been rumors, 2003’s Dino Crisis 3 was the last one we ever saw. Fortunately, it is a bonafide PlayStation Classic, and you can pick it up for $5.99 for the PlayStation 3, PlayStation Vita, and PlayStation Portable.

Some Extinct Relatives of Living Crocodylians Were Vegetarians

A veggie diet arose in extinct...

A new genus and species of plateosaurid...

New research reveals that a well-preserved...

Should Jurassic Park Be Considered A Horror Movie?

Jurassic Park fits all of the on paper...

There are only about 600 extant crinoid...

A new species of bristle worm that lived about 508...