Jurassic World 3 Where Can We Spot Jimmy’s Hilarious Cameo 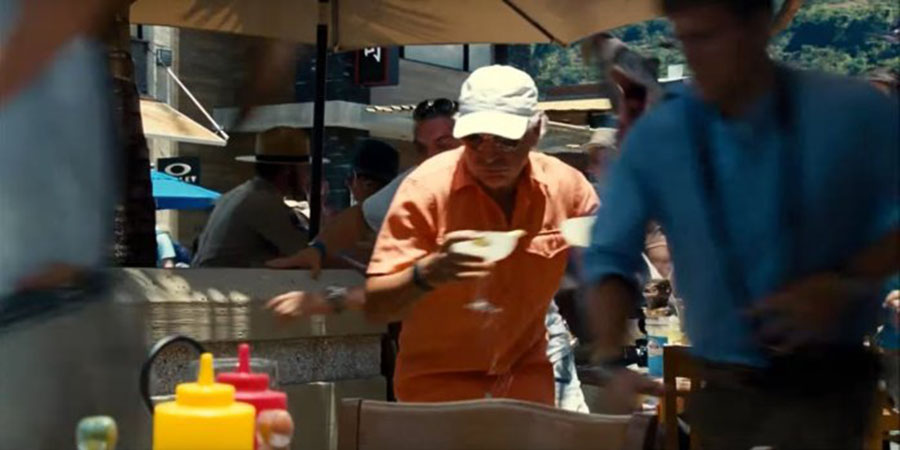 Jurassic World featured in a brief but hilarious from Margaritaville owner Jimmy Buffett. Here is where to spot Jimmy Buffett’s very apt cameo in Jurassic World. Following the underwhelmed response from Jurassic Park III, the franchise went on ice for many years.

While Stephen Spielberg and the producers of the franchise occasionally commented on the fourth entry being in development, it never seemed to move ahead.

The main problem was that trying to come up with a unique scenario for it, with writer John Sayles once producing a now-infamous script involving a team of human/dinosaur hybrids being trained for rescue and assassination missions.

Jurassic World finally arrived in the year 2015 almost 15 years after the third movie from director Colin Trevorrow. The story only took things back to the basics, with a fully functioning dinosaur park becoming undone with the arrival of a highly intelligent and hungry hybrid creature.

The movie had received mixed reviews, including the weirdly mean spirited death of supporting character Zara, but it was an enormous hit regardless. Stars like Chris Pratt and Bryce Dallas later returned for sequel Jurassic World: Fallen Kingdom.

The presence of Jimmy Buffett’s Margaritaville in Jurassic World can’t help raise a smile, however, since it resulted in the movie’s funniest easter egg.

During the sequence where the Pterosaur’s break free and start swarming the guests including the aforementioned Zara, a brave bartender at the park’s Margaritaville can be seen saving two margaritas from a table during an attack.

That is because Jimmy Buffett himself is playing the bartender and while this gag can be easy to miss on first viewing, it is a fun one.

Jimmy Buffett hasn’t been confirmed to return for the Jurassic World Dominion in 2021, but considering Sam Neill, Laura Dern, Jake Johnson and many more are all coming back, there must be room for Jurassic World’s Margaritaville bartender too.

Colin Trevorrow will return for this third entry, which promises to be a suitably epic conclusion to the current saga.