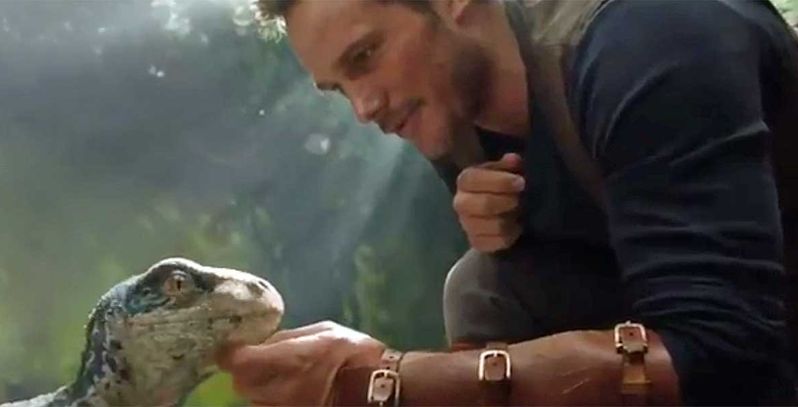 Jurassic World 3 director Colin Trevorrow offered a behind-the-scenes glimpse at one of the film's prehistoric stars.

“Next steps,” wrote Trevorrow on Twitter alongside a video of an animatronic dinosaur wiggling around in a cage. Trevorrow has been vocal in the past about not wanting to use so much CGI, and Jurassic World: Fallen Kingdom, the second film in the franchise, used more puppets and animatronics than the first.

Jurassic World 3 is slated to start filming in the summer. Although J.A. Bayona directed Fallen Kingdom, Trevorrow, who directed the 2015 original, will return for the third film in the trilogy. His original Jurassic World is one of the highest-grossing films ever, having earned over $1.6 billion at the worldwide box office. As of writing, that movie holds a 72% among critics on review aggregator Rotten Tomatoes. Jurassic World 3 will see the new series' stars return alongside several actors from the original Jurassic Park series.

15 Gifts For The Dino-Obsessed Kid

If you’ve got a dino-loving kid in your life...

Paleoart: The Strange History of Dinosaurs in Art – in Pictures

Since the early 19th century, artists have...

The Lost Continent of Laramidia

In this article, we discuss the nature of North...

Researchers have figured out how the genome...