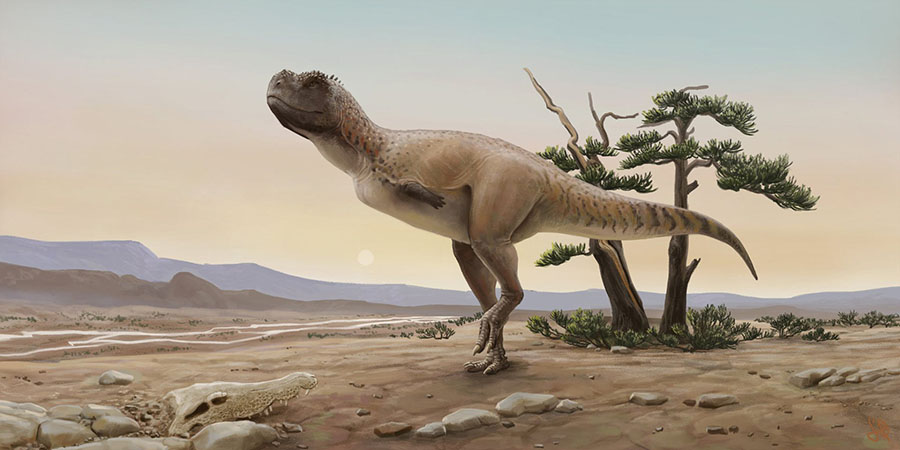 Paleontologists in Brazil have found fossil fragments from a new species of abelisaurid theropod dinosaur that walked the Earth during the Cretaceous period.

The newly-discovered dinosaur lived in what is now southeastern Brazil some 70 million years ago (Late Cretaceous period).

Dubbed Kurupi itaata, the species was a type of abelisaurid, a group of bipedal predators that thrived on the ancient southern supercontinent Gondwana.

Its fossilzied remains were found in the municipality of Monte Alto in western São Paulo state.

“This formation consists predominantly of paleosols developed in a semiarid/arid environment and recent reappraisal of its formerly known members reduced its lithological composition and geographical distribution.”

“It has a very sparse vertebrate fossil record without named species so far.”

They found that the ancient beast was approximately 5 m (16.4 feet) long and had a rigid tail.

It was well adapted for running as indicated by its a muscles attachment and bones anatomy.

“It contributes to the knowledge of the Maastrichtian continental fauna of Brazil and increases the diversity of medium-sized abelisaurids in western Gondwana.”

The discovery of Kurupi itaata is described in a paper in the Journal of South American Earth Sciences.