The cervical vertebrae of Apatosaurus are less elongated and more heavily constructed than those of Diplodocus, a diplodocid like Apatosaurus, and the bones of the leg are much stockier despite being longer, implying that Apatosaurus was a more robust animal. The tail was held above the ground during normal locomotion. Apatosaurus had a single claw on each forelimb and three on each hindlimb. The skull of Apatosaurus, long thought to be similar to Camarasaurus, is much more similar to that of Diplodocus. Apatosaurus was a generalized browser that likely held its head elevated. To lighten its vertebrae, Apatosaurus had air sacs that made the bones internally full of holes. Like that of other diplodocids, its tail may have been used as a whip to create loud noises. 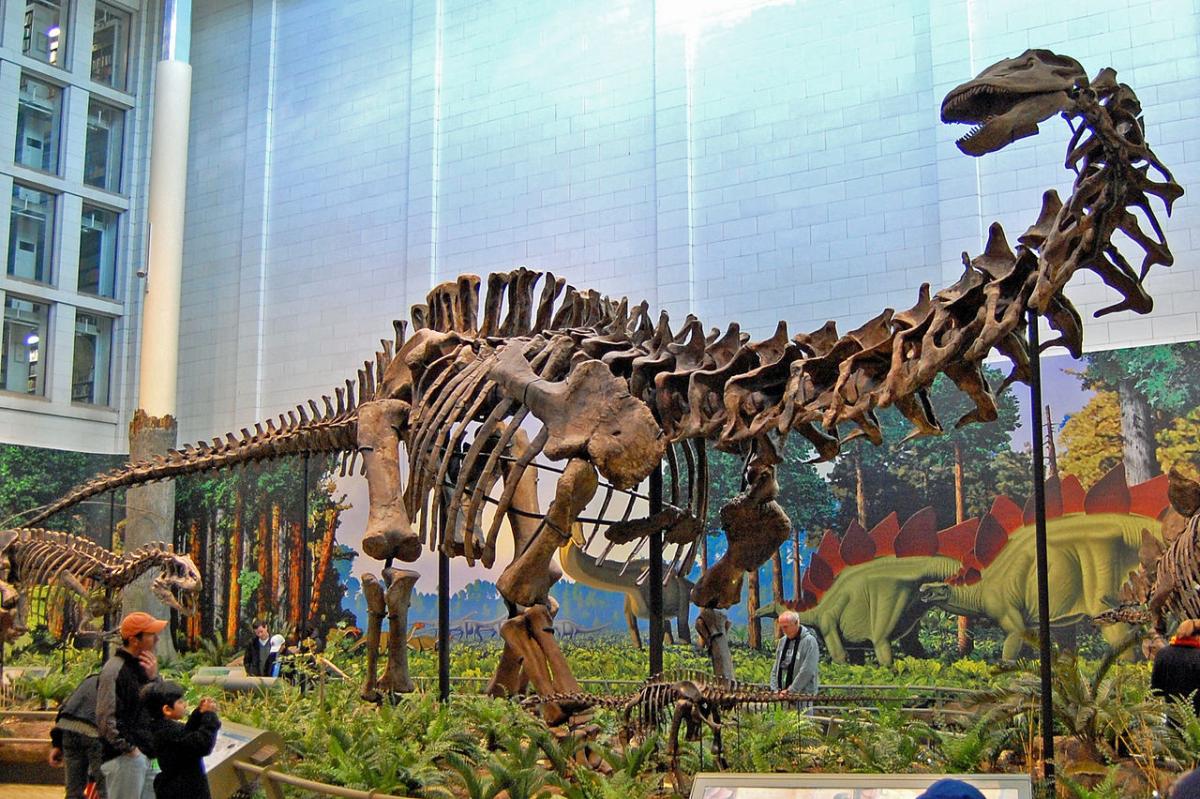 The skull of Apatosaurus was confused with that of Camarasaurus and Brachiosaurus until 1909, when the holotype of A. louisae was found, and a complete skull just a few meters away from the front of the neck. Henry Fairfield Osborn disagreed with this association, and went on to mount a skeleton of Apatosaurus with a Camarasaurus skull cast. Until 1970, Apatosaurusskeletons were mounted with speculative skull casts, when McIntosh showed that more robust skulls assigned to Diplodocuswere more likely from Apatosaurus.

Apatosaurus is a genus in the family Diplodocidae. It is one of the more basal genera, with only Amphicoelias, and possibly a new, unnamed genus more primitive. While the subfamily Apatosaurinae was named in 1929, the group was not used validly until an extensive 2015 study. Only Brontosaurus is also in the subfamily, with the other genera being considered as synonyms or reclassified as diplodocines. Brontosaurus has long been considered a junior synonym of Apatosaurus; its only species was reclassified as A. excelsus in 1903. However, the 2015 study concluded that Brontosaurus was a valid genus of sauropod distinct from Apatosaurus. Nevertheless, not all paleontologists agree with this division. As it existed in North America during the late Jurassic, Apatosaurus would have lived aside dinosaurs such as Allosaurus, Camarasaurus, Diplodocus, and Stegosaurus.

What do you do when you want to boost...

A fossil site in Canada has yielded the best-preserved...

An international team of paleontologists...