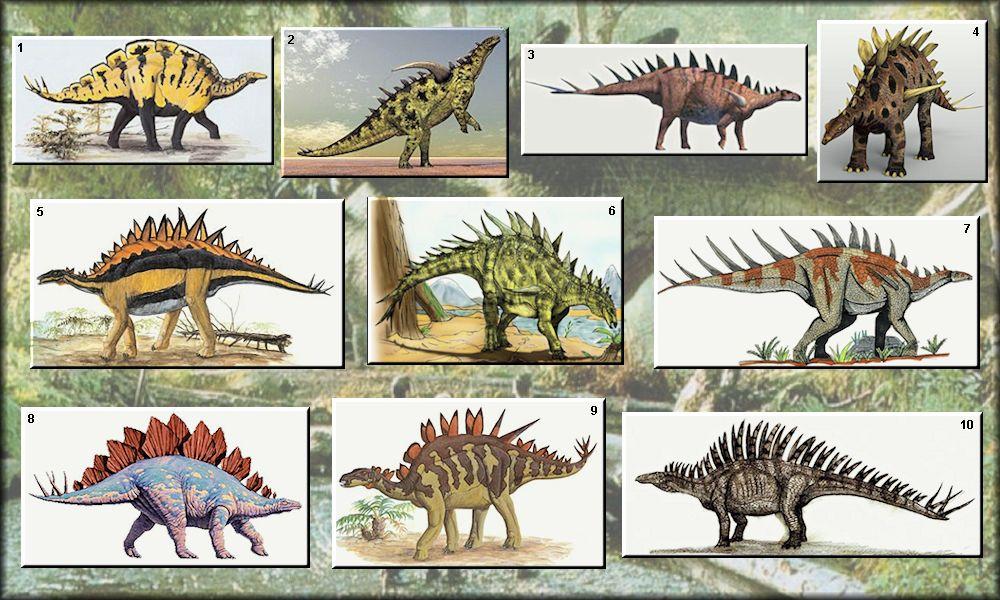 Stegosauria is a group of herbivorous ornithischian dinosaurs that lived during the Jurassic and early Cretaceous periods. Stegosaurian fossils have been found mostly in the Northern Hemisphere, predominantly in what is now North America, Europe and China, though one species (Kentrosaurus aethiopicus) is known to have lived in Africa. Their geographical origins are unclear; the earliest unequivocal stegosaurian, Huayangosaurus taibaii, lived in China. 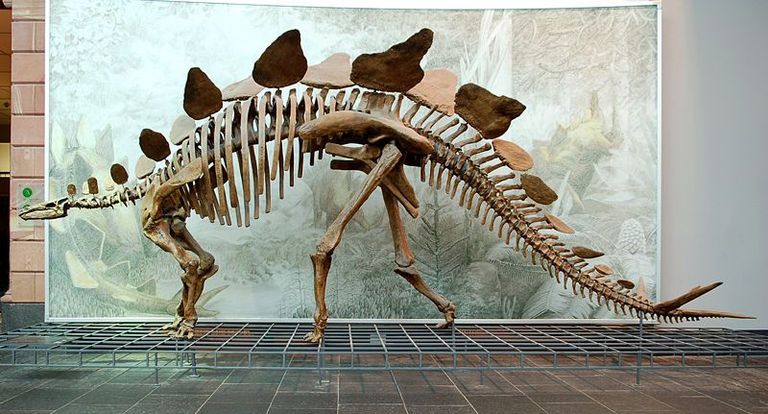 Stegosaurs are classified as ornithischian (“bird-hipped”) dinosaurs. Their closest relatives were the armored dinosaurs known as ankylosaurs, and they were more distantly related to other four-footed plant-eaters like hadrosaurs (aka duck-billed dinosaurs) and ornithopods. In a crucial way, though, stegosaurs were less successful than these other dinosaurs: they only flourished toward the end of the Jurassic period (about 160 to 150 million years ago), with only a handful of species managing to survive into the ensuing Cretaceous.

Stegosaurians were armored dinosaurs (thyreophorans). Originally, they did not differ much from more primitive members of that group, being small, low-slung, running animals protected by armored scutes. An early evolutionary innovation was the development of tail spikes, or “thagomizers”, as defensive weapons. Later species, belonging to a subgroup called the Stegosauridae, became larger, and developed long hindlimbs that no longer allowed them to run. This increased the importance of active defence by the thagomizer, which could ward off even large predators because the tail was in a higher position, pointing horizontally to the rear from the broad pelvis. Stegosaurids had complex arrays of spikes and plates running along their backs, hips and tails. Their necks became longer and their small heads became narrow, able to selectively bite off the best parts of cycads with their beaks. When these plant types declined in diversity, so did the stegosaurians, which became extinct during the first half of the Cretaceous period.

There are still some mysteries, though: for example, the tantalizingly named Gigantspinosaurus had two huge spikes protruding from its shoulders, making its exact classification within the stegosaur line (if it even belongs there) a matter of controversy. The last stegosaur to appear in the fossil record is the mid-Cretaceous Wuerhosaurus, though it’s possible that some as-yet-undiscovered genus may have survived to the brink of the K/T Extinction 65 million years ago.

WHY DID STEGOSAURS HAVE PLATES?

The most enduring mystery about stegosaurs is why they possessed those characteristic double rows of plates and spikes along their backs, and how these plates and spikes were arranged. To date, no stegosaur fossil has been unearthed with the plates still attached to its skeleton, leading some paleontologists to conclude that these scutes (as they’re technically called) lay flat along the dinosaur’s back, like the thick armor of ankylosaurs. However, most researchers still believe that these plates were arranged semi-vertically, as in popular reconstructions of Stegosaurus. 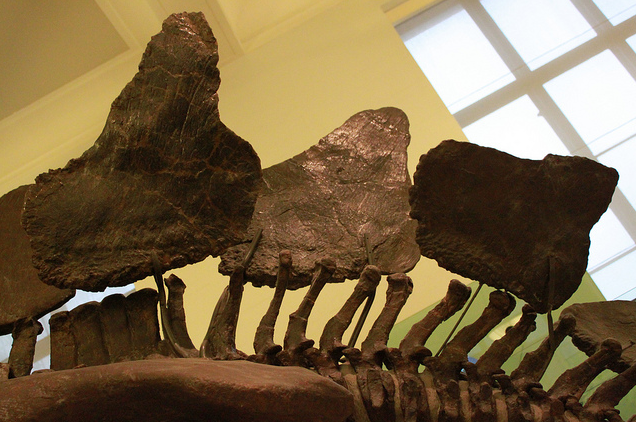 This leads naturally to the question: did these plates have a biological function, or were they strictly ornamental?

Because scutes pack a large surface area into a small volume, it’s possible that they helped to dissipate heat during the night and absorb it by day, and thus regulated their owner’s presumably cold-blooded metabolism. But it’s also possible that these plates evolved to deter predators, or to help differentiate males from females. The trouble with these latter two explanations is that a) it’s hard to see how an upright array of blunt plates could possibly have intimidated a hungry Allosaurus, and b) there has been very little evidence to date of sexual dimorphism among stegosaurs. 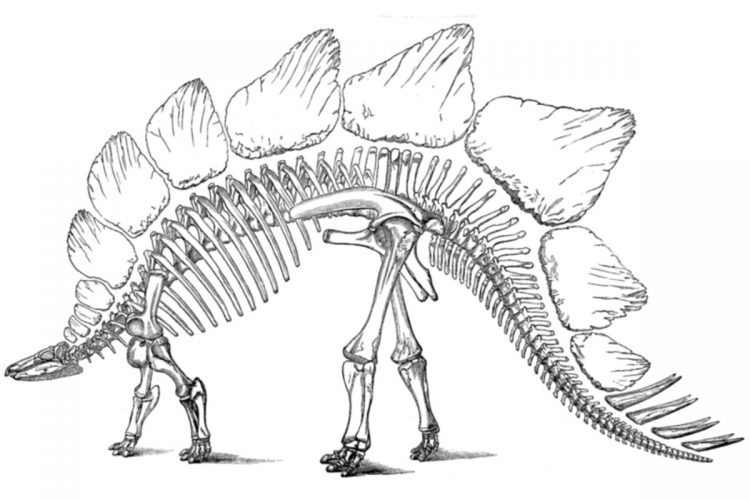 The first stegosaurian finds in the early 19th century were fragmentary. Better fossil material, of the genus Dacentrurus, was discovered in 1874 in England. Soon after, in 1877, the first nearly-complete skeleton was discovered in the United States. Professor Othniel Charles Marsh that year classified such specimens in the new genus Stegosaurus, from which the group acquired its name, and which is still by far the most famous stegosaurian. During the latter half of the twentieth century, many important Chinese finds were made, representing about half of the presently known diversity of stegosaurians.

Paleontologists in Argentina have identified...

Unless you’ve been living on Isla Nublar or...

Dinosaur fossils worth millions of dollars...

Paleontologists have unearthed fossils of a...

The Engineering Work of Ants Can Influence Paleoclimatic Studies

A study  has now revealed that the...