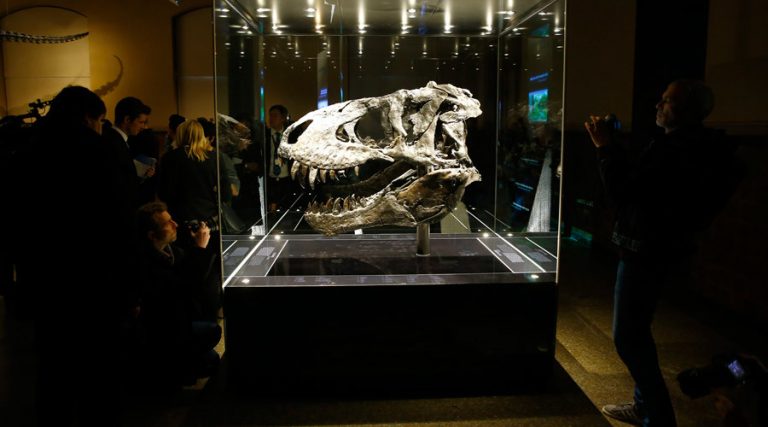 Scientists believe there may be fragments of dinosaur DNA preserved in a pregnant T. rex found in Montana. The 68 million-year-old find may also shed light on the evolution of egg-laying and dinosaur gender differences.

“We have some evidence that fragments of DNA may be preserved in dinosaur fossils, but this remains to be tested further.” assistant research professor of biological sciences at North Carolina State University, Lindsay Zanno, told Discovery News.

The T. rex in question has retained its medullary bone, proving it was pregnant. The medullary bone is only present during egg laying and it could possibly retain preserved DNA.

Zanno explained how the medullary bone functions during egg laying:

“It’s a special tissue that is built up as easily mobilized calcium storage just before egg laying,” she said. “The outcome is that birds do not have to pull calcium from the main part of their bones in order to shell eggs, weakening their bones the way crocodiles do.”

It’s a tricky bone to find. “You’d have to cut up a lot of dinosaur bones to have a good chance of finding this,” Sarah Werning of the University of California, Berkeley explained. One would have to cut open fossils, potentially demineralizing them – not something researchers would normally voluntarily do. 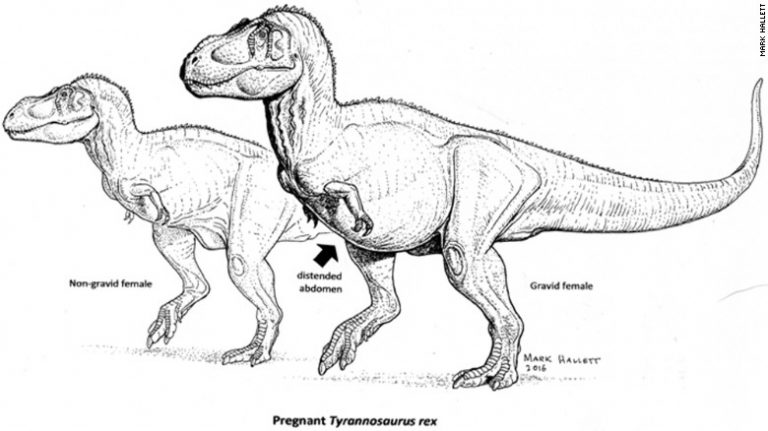 However this pregnant T. rex’s femur was already broken when the team that discovered the medullary bone received it.

Scientists were able to identify the medullary bone because of a material, found to be consistent with known medullary tissues from ostriches and chickens – keratan sulfate.

The research, published in Nature Scientific Reports, states the dinosaur was 16-20 years old at the time of its death from an unknown cause.