How 'Jurassic World: Fallen Kingdom' Broke Hearts With The Brachiosaurus 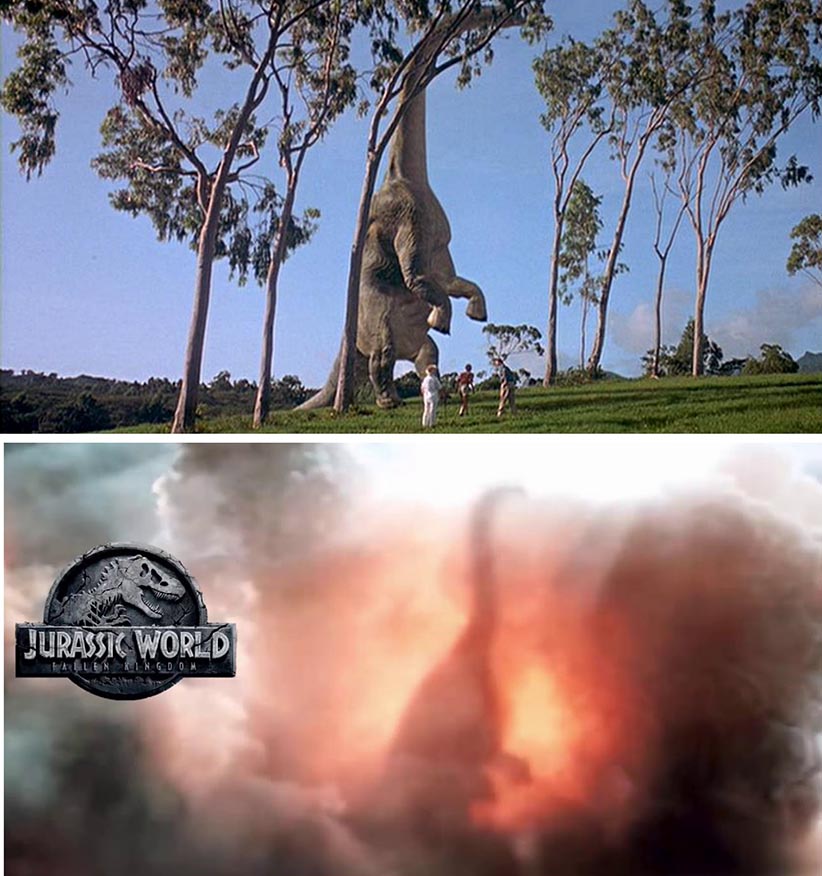 Jurassic World: Fallen Kingdom went above and beyond to make sure audiences felt the emotional impact of a brachiosaurus' death.

The moment was so impactful, it became a popular meme and was one of the most talked about beats of any summer film in 2018. Speaking to ComicBook.com, Jurassic World: Fallen Kingdom director JA Bayona and Claire actress Bryce Dallas Howard opened up about crafting the devastating sequence.

When asked why he put the devastating moment in the film, Bayona explains that he always hoped it would resonate with moviegoers. "For the impact that created on you and I think somehow that moment reflects the ending of a dream," Bayona says. "It's the ending of Isla Nublar, the park. It had to be effective in order to pay tribute and justice to the idea we were trying to tell. It had to have impact."

In fact, the brachiosaurus and Isla Nublar going down was indicative of the entire film's plot moving forward. "It's one of those moments that helps you to understand the story you're telling," Bayona said. "It's like a landmark. So, you're going in that direction. The whole first section of the movie ends up in that shot, ends up in that moment."

The scene was as intense on set as it was in movie theaters, despite not actually having any island to look at or dinosaur to weep for. "That was really intense," Howard recalls. "The color of it is the color from ET's heart, like the red glow and the glow around it."

For the cast on set, Bayona went the extra mile to set the tone. "Something that's really cool about JA Bayona, the director, is that when he can, when there's no sound and he can have the flexibility, he will play music during a take," Howard said. "So, that's great for a number of reasons. One, because you have the sense of what the tone of the scene is, what the pace of the scene is, and then if it's sad and say, you're supposed to be imagining brachiosaurus being abandoned on the island, it helps if you're hearing the theme music to Jurassic Park. So, JA played the music to Jurassic Park during that scene and it's emotional. You're seeing the dream go up in flames."

Like much of the film, the moment is reflective of human relationships with animals. Though this instance was a natural disaster, the animals were left on the island after being created and brought there by humans who managed to escape. "Overall, these movies have become about the relationship between human beings and animals," Howard says.

Jurassic World: Fallen Kingdom is available on BLU-RAY and DVD from September 17, 2018.