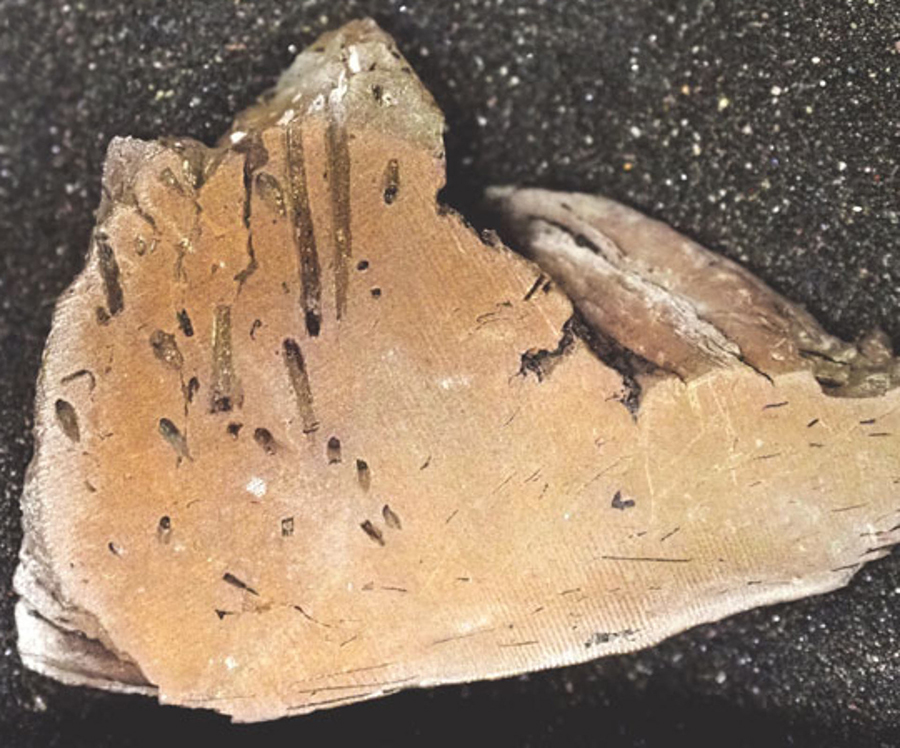 A team of paleontologists from the University of Alberta has found the fossilized tracks of a marine wood-boring organism that lived approximately 110 million years ago (Cretaceous period).

Also known as ichnofossils, they represent behavior instead of the preserved remains of specific organisms.

“Trace fossils are the fossilized evidence of the activities of past life,” said Scott Melnyk, a graduate student in the Department of Earth and Atmospheric Sciences at the University of Alberta.

“They are very useful to interpret environmental characteristics of Earth millions of years ago.”

“The marine origin of these fossils, for example, provides evidence that the shallow sea that covered much of Western Canada — the Cretaceous Interior Seaway — extended into west-central Saskatchewan roughly 100 million years ago.”

The new trace fossil was found in a core from a wellbore near Bushy Lake, west-central Saskatchewan, Canada.

Named Apectoichnus lignummasticans, it came from the lagoonal deposits of the Lower Cretaceous Sparky Formation.

The fossil is similar in many respects to modern borings in wood that are produced by marine isopods, such as Limnoria lignorum, for feeding and refugia.

“Apectoichnus lignummasticans is unique in that it is only the third wood-boring trace fossil associated with marine environments,” Melnyk said.

“The fossils are similar in many respects to modern borings in wood by marine isopods — this was a remarkable find and a testament to the importance of our students’ work.”

The team’s paper was published in the Journal of Paleontology.