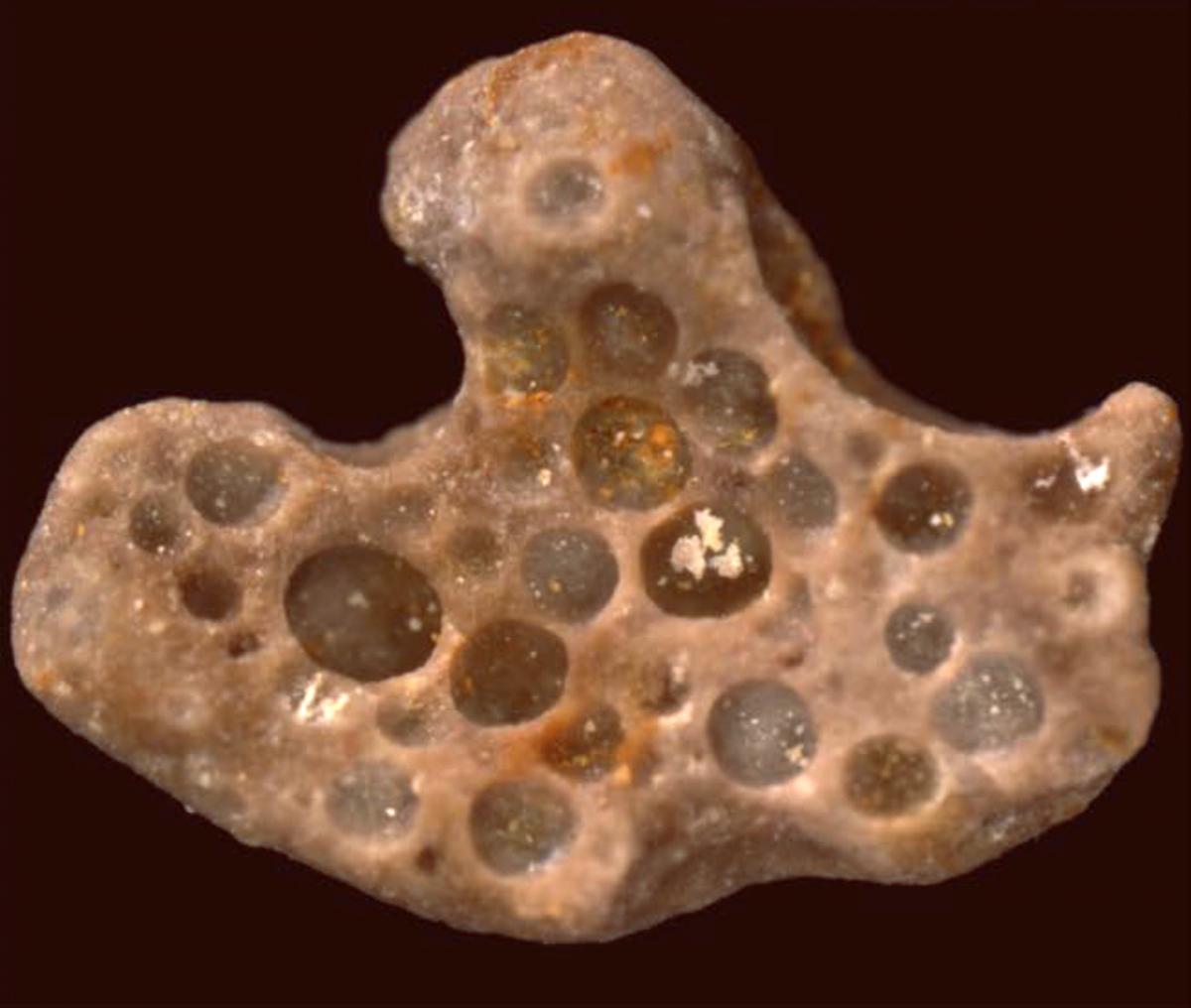 “Microbes were the first life forms on Earth,” said lead author Dr. Therese Sallstedt, from the Department of Paleobiology at the Swedish Museum of Natural History, and colleagues.

“They turned our planet into a tolerable environment for plants and animals and thus their activity paved the way for life as we know it today.”

“Some of these early microbes were cyanobacteria that thrived in early shallow waters. They produced oxygen by photosynthesis, and sometimes the oxygen got trapped as bubbles within sticky microbial mats.”

These ‘bubbles’ were created by tiny microbes in what was once a shallow sea somewhere on the young Earth, according to the researchers.

“We interpret them as oxygen bubbles created in cyanobacterial biomats in shallow waters 1.6 billion years ago,” Dr. Sallstedt said.

“Cyanobacteria changed the face of the Earth irreversibly since they were responsible for oxygenating the atmosphere. Simultaneously they constructed stromatolites, which still exist on Earth today,” the paleontologists said.

The team’s findings were published in the March 2018 issue of the journal Geobiology.

Jurassic World 3: Characters We Wish To See In The Next Installment

The Jurassic World franchise took a lot of...

How can you not get excited over the fact...

After decades of conflicting evidence and...

AN ASTONISHING breakthrough has raised hopes...

Mongolian Microfossils Point to the Rise of Animals on Earth

– A Yale-led research team has discovered a cache...

A new genus and species of...

Paleontology has helped unearth some of the...

Jeff Goldblum opened up about his role in...