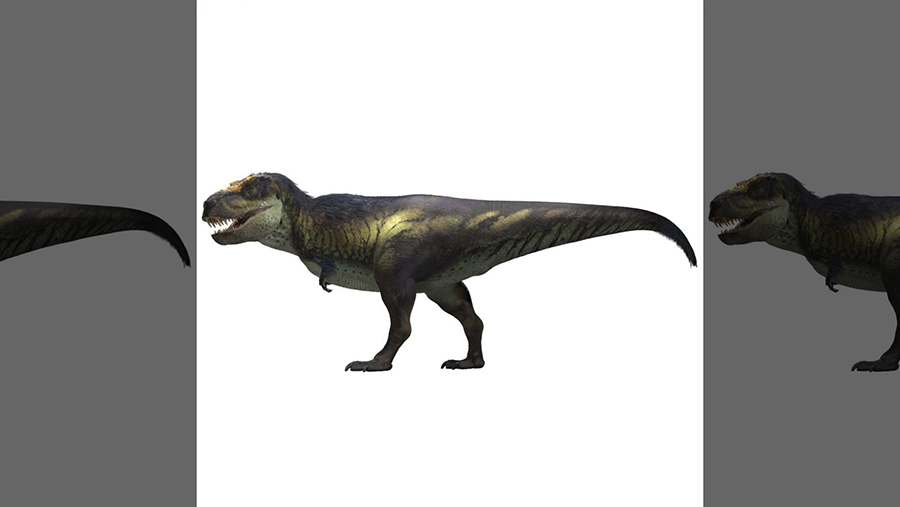 Move over, Sue. You've got competition.

Victoria, the second most complete skeleton of a Tyrannosaurus rex, has finally gone on display after paleontologists first discovered the remains of the massive dinosaur six years ago.

Initially discovered in South Dakota in 2013, researchers spent several months carefully excavating Victoria's 199 bones. Eventually, her 66-million-year-old fossils were taken to Victoria, British Columbia (the town for which she was named) to allow researchers to further study and ultimately, restore the skeleton.

T. REX HAD AN 'AIR CONDITIONER' IN ITS HEAD, STUDY SAYS

“The discovery of Victoria has provided the paleontological community with a tremendous amount of new information,"  said lead paleontologist Heinrich Mallison in a statement provided to Fox News. "The various insights gleaned from her unique and groundbreaking pathologies will be the subject of research for years to come.”

Victoria is estimated to have been between 18 and 25 years old when she died, not quite fully grown, though still able to breed. Researchers noted the skeleton is nearly 40 feet long and the T. rex was estimated to be approximately 10.5 tons or 21,000 lbs. at death.

Scotty, the world's largest T. rex, was discovered in Canada earlier this year. Found in Saskatchewan, the dangerous dino was estimated to be 42 feet long and weighed 19,400 pounds.

The T. rex was bitten on her jaw by another dinosaur (presumed to be another T. rex), which caused an infection and may have led to her death, Mallison added. “From a bite on her jaw that led to an unusually widespread infection to an absorbed tooth in the maxilla, it is clear she overcame many rivalries and injuries in the struggle to survive as an apex predator,” he said in the statement.

Victoria is the second most complete skeleton behind the aforementioned Sue; she was discovered in August 1990 and is widely considered to be roughly 90 percent complete.

Victoria will initially be displayed at the Arizona Science Center in Phoenix from Nov. 17 until May 25, 2020. From there, the T. rex skeleton will go to museums around the world.

The exhibit will also offer 3D projection mapping, holograms and interactive video, allowing visitors to see what Victoria's life might have been like during the Cretaceous period, 66 million years ago.

“The discovery of Victoria is truly remarkable and really changes our understanding of the species,” said John Norman, managing director for IMG Exhibitions, which created the display, in a separate statement. “Through Victoria the T. rex, we’re providing visitors with an in-depth look at the life of the Tyrannosaurus rex and expanding upon existing knowledge to create the most exciting, engaging, and holistic dinosaur exhibition to date.”

Spectacular fossil plants preserved within a...

Paleontologists in Mongolia have found the...

Diceratops hatcheri: The Mystery Dinosaur Being Kept in the Museum Basement

When the new fossil hall at the National...

Listed here are the returning and debuting...

Jurassic World Aftermath Could Be The Next Jurassic Park Game