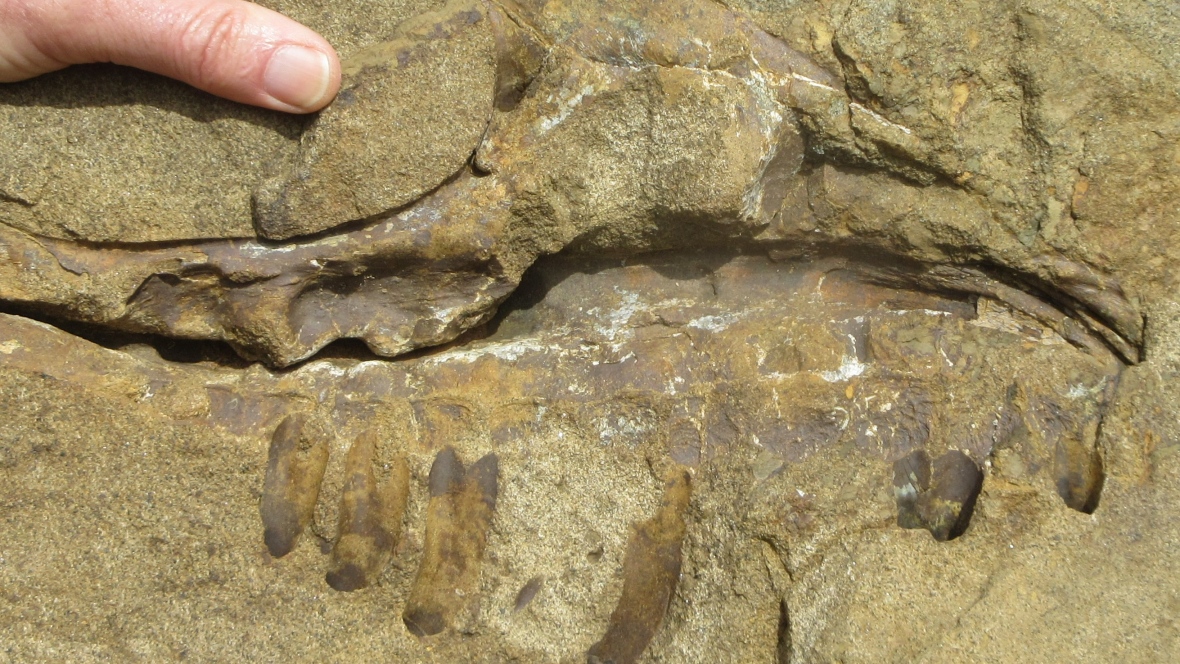 A B.C. Liberal MLA is calling on the province to step in after a dinosaur museum in Tumbler Ridge closed its doors this month, arguing it has the potential to be Canada's premier dinosaur display.

The Peace Region Paleontology Research Centre and Dinosaur Discovery Gallery in Tumbler Ridge idled its operations and sent layoff notices to staff after failing to secure a $200,000 funding request from the District of Tumbler Ridge, which has a population of about 2,000 people.

Mayor Don McPherson said the decision was driven by a desire to have the museum work more closely with the local geopark society, which manages Tumbler Ridge's status as a UNESCO-recognized destination for its unique geological heritage.

McPherson also said there were concerns about the fact the district has been funding the museum for over a decade with little support from other levels of government.

"We've been funding this museum to the tune of over $2 million," he said.

'It would be a huge loss for the province'

Mike Bernier, the Liberal MLA representing Tumbler Ridge, said he's been advocating for the province to start funding the museum in recognition of its unique collection of dinosaur bones and fossils, the largest in B.C.

"I believe that it's time the province steps in and helps, instead of the local government having all the burden," Bernier told CBC Daybreak North host Carolina de Ryk.

"It would be a huge loss for the province."

Discoveries made through the museum and research centre include: the northernmost prints of brontosaurus; the only Tyrannosaurus trackway in the world; the only known footprints of the carnivorous Therizinosaur; and the most complete dinosaur skeleton ever found in the province.

Museum curator Rich McCrae said he's not sure there are any other facilities in B.C. that could take on Tumbler Ridge's collection, meaning many of the items could wind up in other parts of the world if the museum shuts down.

Bernier said he believes with provincial backing, the museum could be a tourism draw that outshines what's on display at the Royal Tyrrell Museum in Drumheller, Alta.

"This is not just a typical museum that a lot of communities have to showcase their history. This has global significance," he said.

​"The paleontological finds that Tumbler Ridge has far outstretches what Drumheller has. We just need an opportunity to be able to showcase that."

Bernier said he has raised the issue with the Ministry of Tourism, Arts and Culture, and hoped the current closure would add some "urgency" to those discussions.

However, a spokesperson for the ministry said it had not received any request from the museum itself to assist in its funding shortfall, adding it "appears to be the result of a local issue" that is "likely best resolved locally."

McPherson said the district of Tumbler Ridge isn't opposed to funding the museum, but council wants it to first reach a memorandum of understanding with the geopark society as to how the two entities will work together.

Representatives for the museum board and the geopark society said negotiations on that memorandum of understanding are in progress.