Did A Comet Fragment Kill The Dinosaurs? Not Likely, Say Researchers | Paleontology World

Did A Comet Fragment Kill The Dinosaurs? Not Likely, Say Researchers 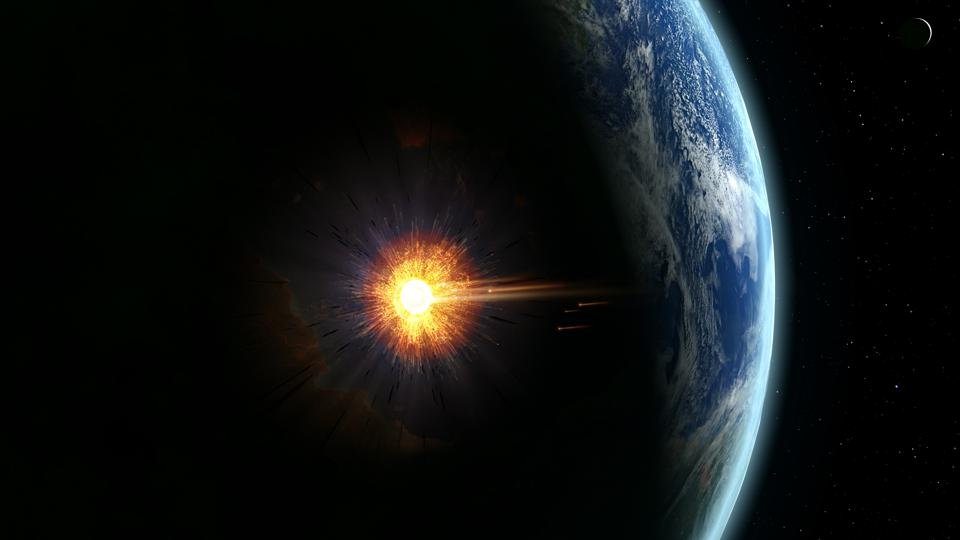 The global extinction event that meant curtains for the dinosaurs was unlikely to have been triggered by an Earth-impacting comet fragment, several planetary scientists now argue.

This most recent hypothesis to explain how a comet fragment (or fragments) might have slammed into the Gulf of Mexico near Chicxulub has been challenged. The hypothesis’ recent supporting paper in the journal Nature Scientific Reports posits that a fragment (or fragments) from a large, long-period comet were pushed into sun-grazing orbits by Jupiter. This, in turn, they write led to an impact that caused the extinction of both the dinosaurs and three-quarters of all living species on Earth.

In their paper, Harvard University astronomers Amir Siraj and Avi Loeb argue that during close passages to the Sun, such large comets are gravitationally disrupted, producing fields of cometary shrapnel, a portion of which likely slammed into gulf some 66 billion years ago.

“A surviving fragment of the Chicxulub impactor is similar to meteoritic fragments of asteroids and does not resemble the one sample we have from a comet,” Kring told me. Moreover, Kring says that chemical traces of the impactor in debris ejected from the Chicxulub crater resemble the chemical compositions of known meteoritic fragments of asteroids. 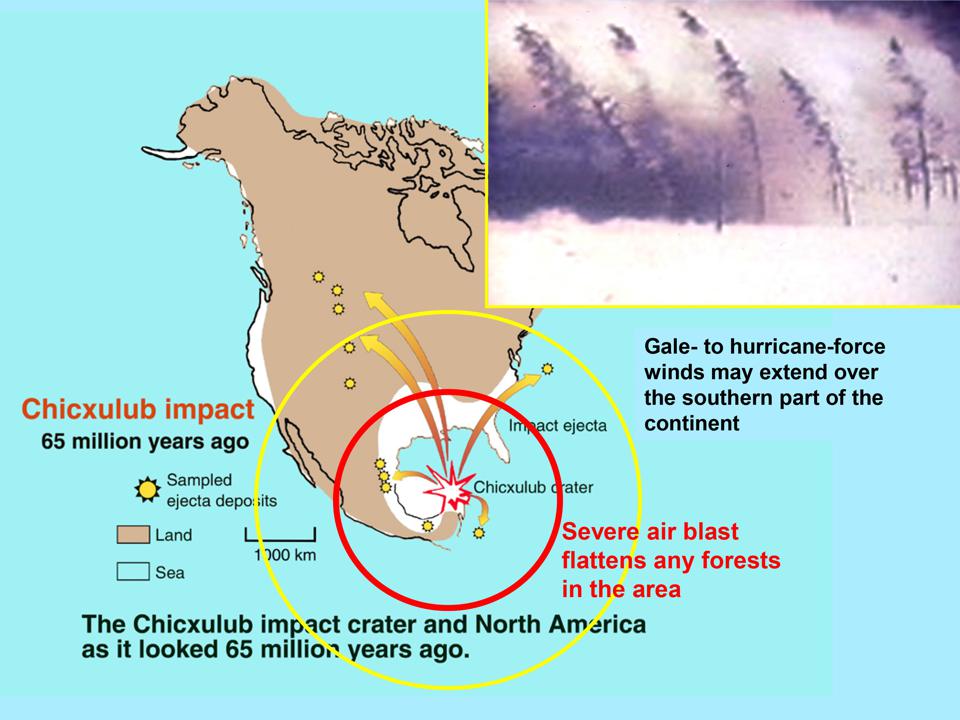 Most of Earth’s Iridium is sequestered in our planet’s core and mantle, Kring writes in an essay. Thus, any anomalously large quantity found in Earth’s crust would imply that there was a new supply delivered to the surface via some sort of impactor, Kring notes.

Now known colloquially among researchers as the K-Pg Boundary, to mark the Cretaceous-Paleogene (K-Pg) mass extinction event, it’s now widely-accepted that boundary is characterized by globally-elevated concentrations of iridium, the authors of a new paper appearing in the journal Scientific Advances, noted this past week. This iridium anomaly “thus reflects the global dispersal of meteoritic matter following the hypervelocity impact of an asteroid approximately 12-km in diameter,” write the authors.

“The K-Pg meteorite fragment I found was compact and similar to carbonaceous chondrites which are certainly asteroidal in origin; there’s no reason to believe that comets are identical to this,” Frank Kyte, a geophysicist at the University of California, Los Angeles (UCLA), told me. If anything, Kyte says that comets contain lots of volatile ices, so they may have significantly less iridium than meteorites. 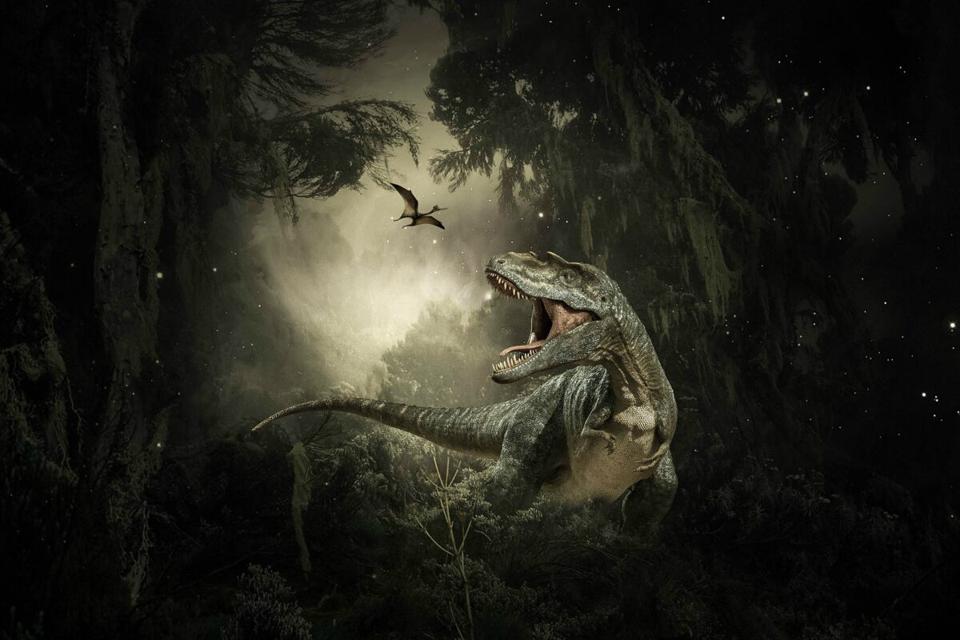 In fact, the comet story conflicts with the iridium values found at more than 100 K-Pg boundary sites worldwide, Philippe Claeys, a geochemist at Belgium’s Free University of Brussels (VUB), told me.

Yet Siraj, a Harvard University undergraduate studying astrophysics at the Harvard & Smithsonian Center for Astrophysics, and the paper’s lead author, told me that there is no conflict whatsoever with their model and the iridium concentration at the K-Pg Boundary. In fact, thorough and up-to-date analysis of iridium data favors the impactor mass used in our model, he told me.

Even so, “the Siraj and Loeb paper makes no mention of iridium,” Stephen Kane, a planetary astrophysicist at the University of California, Riverside, told me.

Yet Siraj asserts that their model is not fine-tuned, but rather can accommodate a wide range of impactor sizes to within orders of magnitude in mass.

If that’s the case, Kane counters, these objects’ projected size parameters become so large, they no longer provide meaningful results.

Siraj and Loeb assert asteroids that produce Chicxulub size events do not occur more often than once every 750 million years or so, Kring notes. “Yet Chicxulub-size events from a near-Earth population of objects is nominally estimated to occur on average once per 100 million years,” he writes.

Yet Siraj and Loeb’s model begins with a long period comet some 60-km in diameter that, once disrupted, produces a comet fragment with a diameter of some 7-km, which they propose to be the Chicxulub impactor, Kring notes. The paper does not demonstrate how a roughly 7-km comet can produce Chicxulub, when computer simulations published by other investigators show that a much larger object is needed, Kring writes.

“[Thus], the modeled comet diameter is far too small to produce the Chicxulub impact crater,” Kring told me. 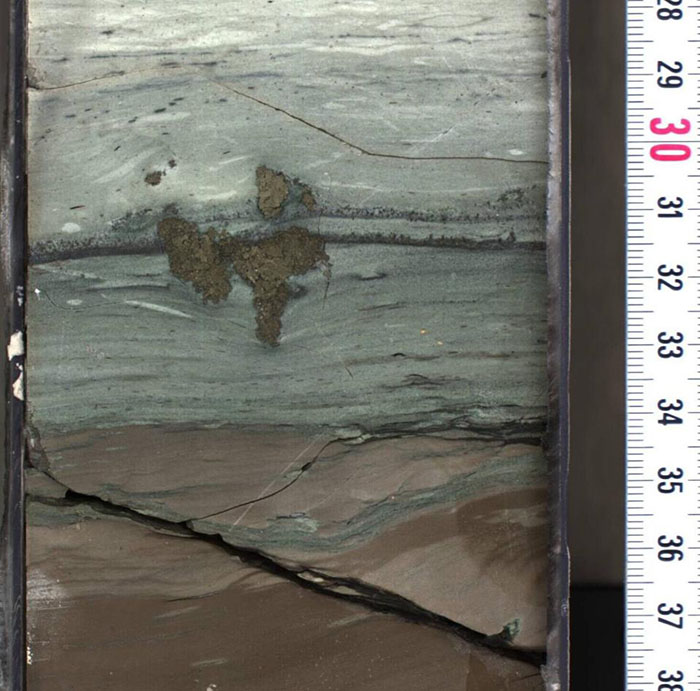 Siraj and Loeb note that cometary fragments smaller than 7-km will also strike the Earth. The authors noted in their paper that one of these cometary fragments may have even hit Earth within the last one million years, possibly producing Kazakhstan’s 14-km diameter Zhamanshin crater.

If so, Kring writes in his essay, that this would require cometary fragments to survive for more than 60 million years without being ejected from the Solar System, disrupted further, and/or colliding with other bodies. This only further pushes the envelope of credulity.

And why reinvent the Chicxulub impactor wheel when asteroid impactors might work after all?

If a fragment of a long-period comet struck Earth, it would likely do so at speeds as high as 50 km per second as opposed to 20 km per second for asteroid impactors, Simone Marchi, Principal Scientist at the Southwest Research Institute in Boulder, Colo., told me. Therefore, he says, a cometary impactor larger than 5-10 km coupled with such a high impact speed, would probably produce a crater much larger than Chicxulub.

In other words, because of it impact velocity, the cometary impactor glove simply might never fit.

“So, there may be no need to invoke a cometary origin for the K-Pg impact to start with,” said Marchi.

It all gives pause to wonder whether the dinosaurs themselves would have put that much thought into the cause of their own demise.

As for who’s right about the true origin of the Chicxulub impactor?

I think it’s just such a random event, that trying to force it into some kind of a statistical probability doesn’t really prove anything, says Kyte.

Or as Kring puts it: “While we cannot prove the impactor was not a comet, available data suggest it was an asteroid.”