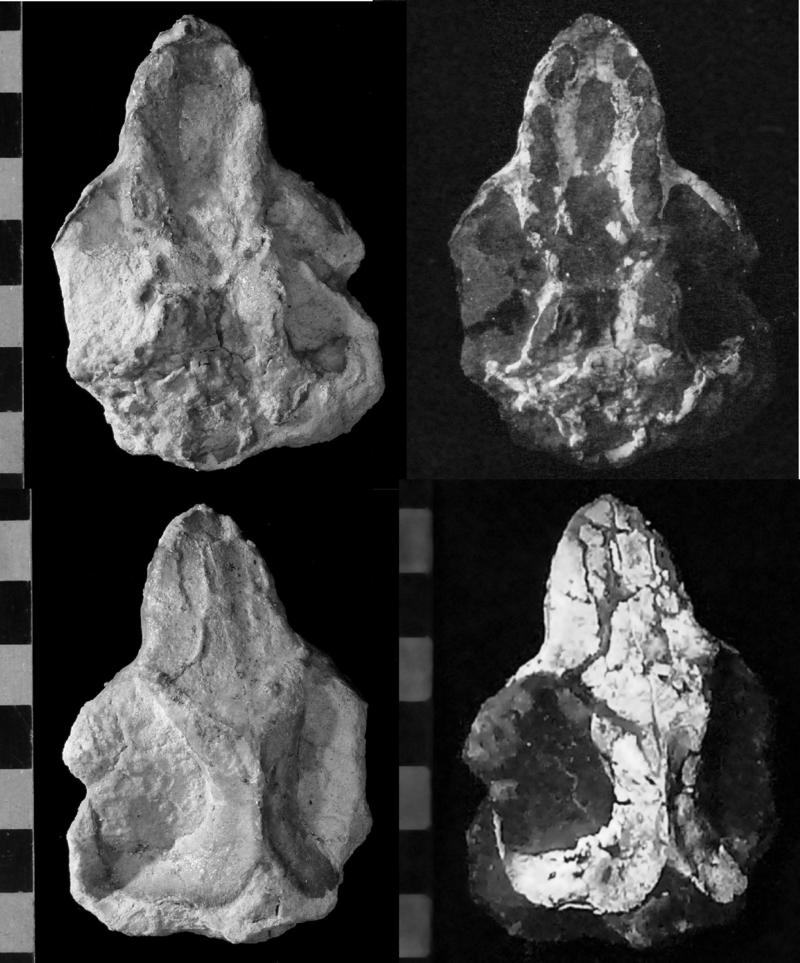 A recent discovery of a 130-million-year-old fossilized skull in eastern Utah is shaking up what researchers know about evolutionary history.

Back in 2006, Jim Kirkland and a few other paleontologists were studying a block of earth and dinosaurs they’d excavated from a site near Cisco, a ghost town in eastern Utah. Kirkland, the Utah State Paleontologist, said one of the researchers flipped over a dinosaur foot bone when she saw something underneath.

"She calls me over and says ‘Jim, I think we have another skull!’" Kirkland recalled.

What the paleontologists found surprised them. It was a nearly complete skull of a creature from a group of animals called haramiyids, an early mammal relative. The skull was the first of its kind found anywhere in North America.

"This animal completes the prize. We get the first skull and it’s a total oddball. First animal of its group every found here," Kirkland said.

What that oddball tells paleontologists is this small mammal relative that looks like a rodent was alive later than other haramiyid fossils that have been found in Europe and China.

That expands where these creatures were believed to have lived to a whole new continent and a different era. It also changes when researchers thought the supercontinent called Pangea separated.

"Well this shows that the breakup had to occur later than we had thought previously from the north and the south," Kirkland said.

Estimates about Pangea’s breaking apart are about 15 million years later.

A paper about the discovery was published last week in the journal Nature.

13 Best Places in Britain to see Dinosaurs and Fossils

Before humans, dinosaurs ruled the world, prowling the...

Everything You Thought You Knew About Dinosaur Colours is Wrong

The new science of paleocolour is shining a...

Four years and a whole lot of chiseling...

Amazon is currently offering the ...

On Isolated Madagascar, Even Prehistoric Evolution Was Unique

More than 70 million years ago, the world’s fourth-...