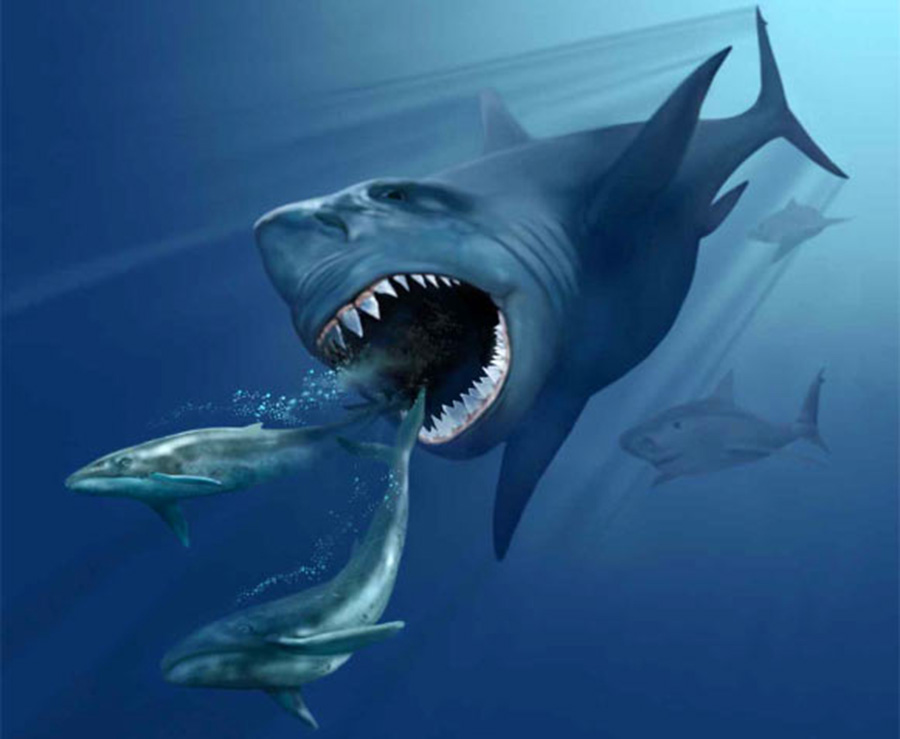 Mackerel (lamniform) sharks include some of the most iconic shark species, like the great white shark (Carcharodon carcharias) and the extinct Carcharocles megalodon, the biggest predatory shark that has ever roamed the world’s oceans. A team of paleontologists has examined the tooth mineralization processes in mackerel sharks and discovered a unique feature in their teeth, which allowed the researchers to trace back the origin of the group to Palaeocarcharias stromeri, a small benthic shark from the Middle Jurassic period, some 165 million years ago.

“Similar to humans, shark teeth are composed of two mineralized structures: a hard shell of hypermineralized tissue (in humans enamel, in sharks enameloid) and a dentin core,” said Dr. Patrick Jambura from the University of Vienna and colleagues.

“Depending on the structure of the dentin we distinguish between two different types: orthodentin and osteodentin.”

“Orthodentin has a very compact appearance and is similar to the dentin we can find in human teeth.”

“In shark teeth, orthodentin is confined to the tooth crown. In contrast, the other dentin type is spongious in appearance and resembles real bone and therefore is called osteodentin.”

“It can be found in the root, anchoring the tooth to the jaw and in some species also in the tooth crown where it supports the orthodentin.”

Using high resolution micro-CT images, the scientists examined the tooth composition of the great white shark and its relatives.

The oldest known specimen of this species is from the Middle Jurassic and it didn’t have much in common with living mackerel sharks.

To this day, its affiliation has been a riddle to paleontologists, since its body shape resembles a carpet shark, while its fang like teeth are similar to mackerel sharks.

The examination of the tooth microstructure yielded the presence of the same unique tooth composition that is found only in great white sharks and their relatives.

The shared tooth histology is a strong indicator that this small inconspicuous shark gave rise to one of the most iconic shark lineages that includes giants like Carcharocles megalodon or the living great white shark.

“Orthodentin is known for almost all vertebrates — from fish to mammals, including all modern sharks, except for the mackerel sharks,” Dr. Jambura said.

“The discovery of this unique tooth structure in Palaeocarcharias stromeri strongly indicates that we found the oldest known ancestor of the great white shark and shows that even this charismatic giant shark started on a shoestring.”

The findings were published in the journal Scientific Reports.