Paleontologists Are Still Digging Into the Origins of the ‘Chinese Pompeii’ 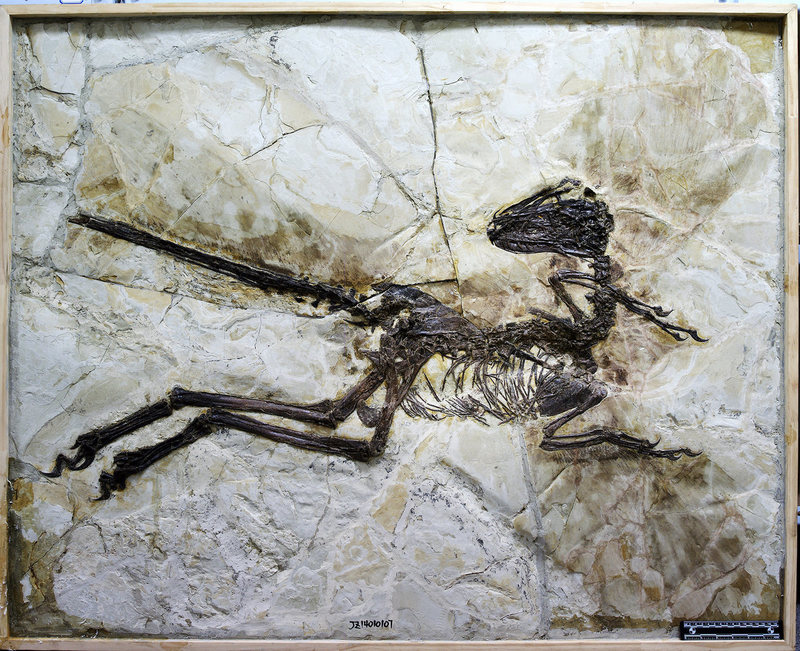 What we know (and what we don’t) about the Jehol Biota.

WHEN SOMETHING DIES, NATURE ENSURES that its remains won’t stay intact. Microbes eat away at the soft tissue, and wind, rain, rivers, oceans, and scavengers shuffle around the hard segments of the corpse. As eons pass by, these skeletal segments may become fossilized, but they remain broken jigsaw pieces of a puzzle that often cannot be entirely pieced back together.

But around 130 to 120 million years ago, in what is now northeastern China, nature behaved rather differently. It was then, during the early Cretaceous, that a series of cataclysmic events took place, ensuring that a vast collection of plants and animals, including plenty of dinosaurs, were left in much the same state they were in when they were alive.

These often fully or at least partly joined-up fossilized skeletons looked like they had been frozen in time. Many of them still retained soft tissues, from muscles to skin. The remarkable state of preservation at this location, officially known as the Jehol Biota, led to some researchers and journalists to dub the site the “Chinese Pompeii.”

However, the true story behind this fossiliferous trove, which spans 10 million years, is more complex than this striking moniker would lead you to believe. Even today, experts still aren’t completely sure what produced one of the most important paleontological sites on Earth.

How in the world were these fossils so well preserved?

Historical records are vague about the date when these important fossil beds were first discovered. But we do know that during the late 19th and early 20th centuries, they caught the attention of a few fossil collectors.

It was, however, a series of major papers, including several published in Nature and Science in the 1990s, that garnered the site wider attention from the scientific world. The papers carefully described the contents of the rock layers, and revealed a number of amazing fossils. The layers have since been found to contain thousands of individual species, including fishes, frogs, turtles, birds, non-avian dinosaurs, pterosaurs, salamanders, plants, mammals, insects, and more.

Thanks to geological clues left within the fossil beds, it was established that these organisms lived in a lush, temperate, jungle-like or heavily forested area by a series of lakes. This extremely biodiverse environment may have disappeared into the annals of geological history, but these rock layers offer paleontologists a glimpse of what used to be.

This collection of life revolutionized paleontology. Dinosaur hunters, in particular, were thrilled: The plethora of feathers and bone structures clearly supported the building consensus that birds evolved from older dinosaurs. Not only that, but preserved melanosomes—organelles that produce pigments—allowed scientists to work out what color dinosaurian feathers were for the very first time.

“The feathered dinosaurs are, hands down, the most important dinosaur fossils found during my lifetime,” says Steve Brusatte, a vertebrate paleontologist and evolutionary biologist at the University of Edinburgh. “And that’s all because of the exquisite preservation—having not only bones, but feathers, and gorgeously detailed feathers at that.”

He describes Zhenyuanlong suni, a new raptor that he helped identify in 2015, as his “all-time favorite,” the most beautiful fossil he has ever had the privilege to study. Its chocolate-brown bones prominently stand out from the surrounding rock, as do the halo of feathers found across the body, including the quill feathers on the wing-like arms. “When you look at this dinosaur, you see a bird,” he says.

For those fascinated by the Jehol Biota, the question, of course, is how in the world were these fossils so well preserved? Preservation largely comes down to the environment in which the animals or plants died, and that information can be teased out of the sediments in which the fossils are encased.

It was discovered that much of the Yixian and Jiufotang Formations—two of the three rock formations containing the Jehol Biota—were lakebed deposits. Clearly, many of the animals were entombed at the bottom of prehistoric lakes.

Strangely, there were plenty of terrestrial animals found within these lakebeds, suggesting that powerful forces brought these outsiders to their final resting places. As it happens, these lakebed layers are interspersed with volcanic deposits, indicating that volcanic activity was a prominent feature of the region.

Some researchers suspected lahars could be the killers. These are volcanic mudflows: When pre-deposited volcanic ash and debris are rained on, they can move considerable distances as rapid, cold, concrete-like slurries that pick up everything else they run into, including dinosaurs. Others pointed to the coiled-up poses of some creatures, and suggested that toxic volcanic gases, perhaps released from the lakes, suffocated the animals. They were then buried at a later date by fine ash.

Then, in 2014, a blockbuster paper turned up in Nature Communications with a bold idea: What if pyroclastic flows were to blame? These mixtures of ash, lava chunks, and gas, generated by varying types of explosive volcanic activity, can be 700°C (1,300°F) and move at speeds of 80 kilometers (50 miles) per hour. 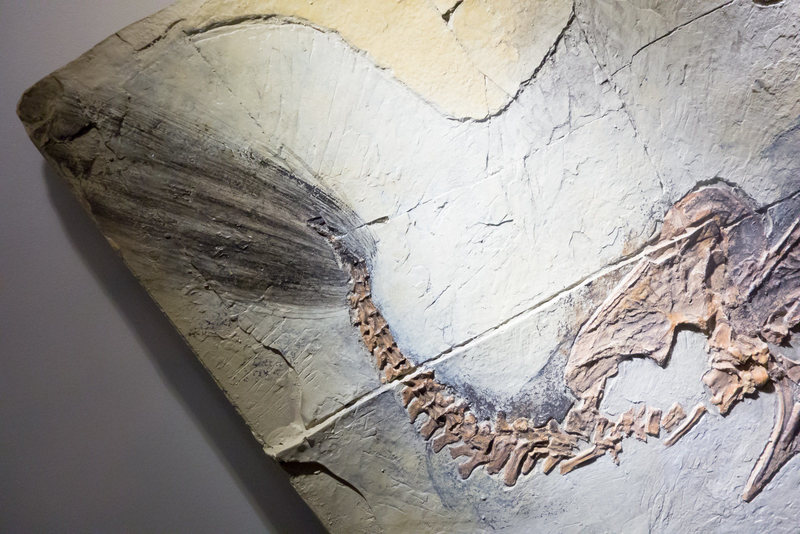 A team led by Baoyu Jiang, a professor of paleontology and stratigraphy at Nanjing University, looked at 14 fossils taken from the ancient lakebed rock layers of the Jehol beds. The researchers found that plenty of the sediments containing fossils were rich in volcanic components, likely representing the animals’ burial in volcanic ash.

They also noted that there appeared to be black streaks on the bones of these animals, as well as intricate cracks. To them, this indicated that the animals had been charred. In fact, they write that this damage was “comparable to features from victims at Pompeii and nearby archaeological sites caught in PDCs from the 79 AD eruption of Mt. Vesuvius.”

The effects of encountering both are usually the same. Anyone hit by these will experience extreme heat shock, leading to rapid organ failure. Their muscles will suddenly contract, putting them in curled up positions known as pugilistic poses. Water in the body will rapidly boil, including in the brain, which can cause the skull to explode. Those not impacted by the heat would asphyxiate due to the cocktail of unleashed toxic gases and clouds of ash. Death is often quick, but gruesome.

Jiang’s team suspects that these lethal flows killed the animals. At the same time, the researchers suggest that the fine-grained volcanic ash formed molds around their remains, encapsulating them and shielding them from scavengers and normal processes of decay. This theory seeks to explain the deaths and preservation quality, but how did so many different types of animals—from birds to salamanders, pterosaurs to dinosaurs—all end up in the lakes? The answer, they suggest, is that the pyroclastic flows were widespread enough to sweep up not just life living alongside the lake, but life far from its edges.

Their theory, which they tentatively apply to much of the terrestrial Jehol Biota, seemed to elegantly solve several mysteries. A separate team, however, suspected this was a little too good to be true. Writing a year later in Palaeogeography, Palaeoclimatology, Palaeoecology, a different group of researchers, including Mike Benton, professor of vertebrate paleontology at the University of Bristol, took a closer look at one section of the Yixian Formation and came to a very different conclusion. 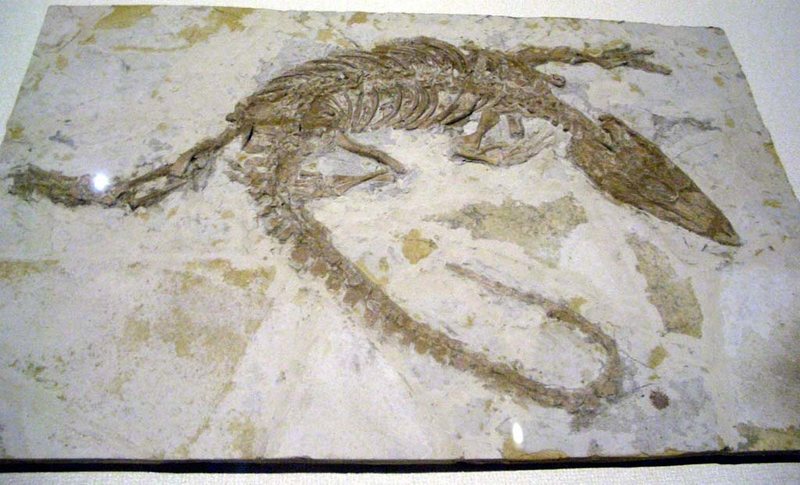 Named after the closest village, the Lujiatun Unit features particularly exceptional fossil preservation. Volcanic material dominates the unit, not lake-borne sediments. This team’s field and laboratory assessment indicated that the unit was in fact the upper part of a floodplain. The sediments here were certainly provided by volcanic eruption features—including lahars, pyroclastic flows, and ash fallout—but intense rainfall generated flooding that moved them around after they were initially deposited.

These multiple, colossal, gloopy, sheet-like floods were able to transport and preserve—and possibly kill—the creatures found trapped and fossilized inside the unit. There isn’t necessarily any evidence that volcanic eruptions, or pyroclastic flows, were directly involved here in the fossilization process here.

Sure, it’s likely that a handful of deaths in the area back then would be linked to volcanic events, from PDCs to lahars. Lujiatun is also just one unit, and so cannot be directly compared to the other fossil-rich lakebed units looked at by Jiang’s team in the 2014 paper. Indeed, Jiang says that he stands by his study’s conclusions: He doesn’t doubt that the Lujiatun Unit represents volcanic debris flows, but that’s quite different from the lakebed deposits that they focused on.

In any case, the 2015 study underscores the importance of very carefully examining the sediment record at each site throughout the Jehol rock layers—a necessity before any sweeping statements about ancient Pompeii-style apocalypses can be made. 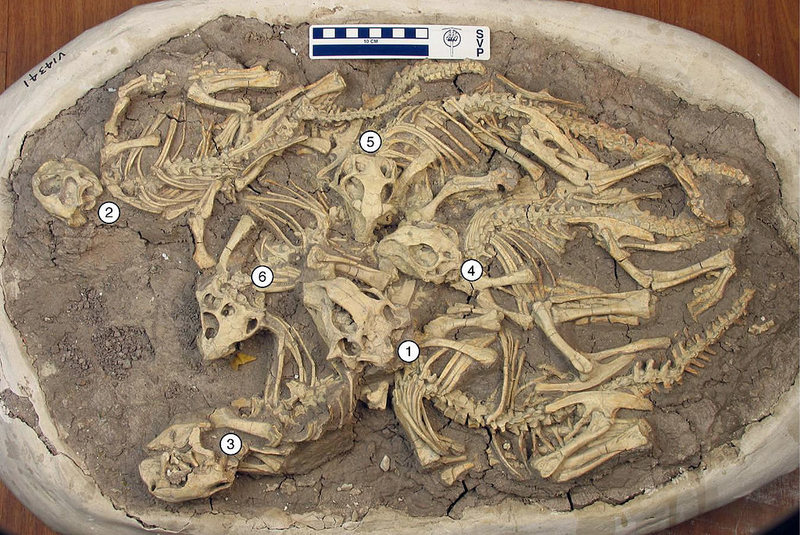 “I don’t think the Pompeii-like model is rejected, but we would certainly argue it is unlikely for a couple of reasons,” Benton says. He notes that there’s no convincing evidence in his team’s paper or any other that shows the specimens in any of the layers were scorched by hot ash. If they were, it’s hard to explain why so much organic material of even delicate creatures, such as insects, remained intact. At the same time, the victims of the real Pompeii were indeed buried and preserved, but they weren’t transported.

Pierre-Olivier Antoine, a paleontologist at the University of Montpellier, says both papers can’t be generalized to fit the entire site. Lujiatun can’t be said to represent what always happened throughout the 10 million year time period, and neither can the lakebed deposits.

He is nevertheless “more comfortable” with the 2015 study, which implicates a “wider array of volcano-related events” rather than a solitary type of killer. Asphyxiation through volcanic gas, charring from hot ash, transport from pyroclastic density currents, and flood-driven sediment flows could all be involved.

As of 2018, the question of preservation remains open for debate. The specifics remain uncertain, but as Brusatte notes, “it all seems to be down to the volcanoes.” These creatures, going about their everyday business, were quickly killed and preserved in much the way the humans of that ancient Roman metropolis were, he says.

“It wasn’t exactly a Pompeii-style scenario,” he says, “but it wasn’t too far off.”

Paleontologists in Argentina have identified...

Unless you’ve been living on Isla Nublar or...

Dinosaur fossils worth millions of dollars...

Paleontologists have unearthed fossils of a...

The Engineering Work of Ants Can Influence Paleoclimatic Studies

A study  has now revealed that the...