Tens of millions of years ago, after most land-roaming dinosaurs died out in the Cretaceous Period, a hodgepodge of ancient animals started to fill the landscapes the dinos left behind. One such group was the embrithopods: hoofed mammals, now extinct, whose name means “heavy-footed.”

But because of a patchy fossil record, scientists haven’t been sure whether Embrithopoda originated in Africa or Eurasia. Now, the oldest-ever embrithopod fossil has been discovered in Morocco, rooting the animal’s origins in Africa. The new research was published today in Current Biology. 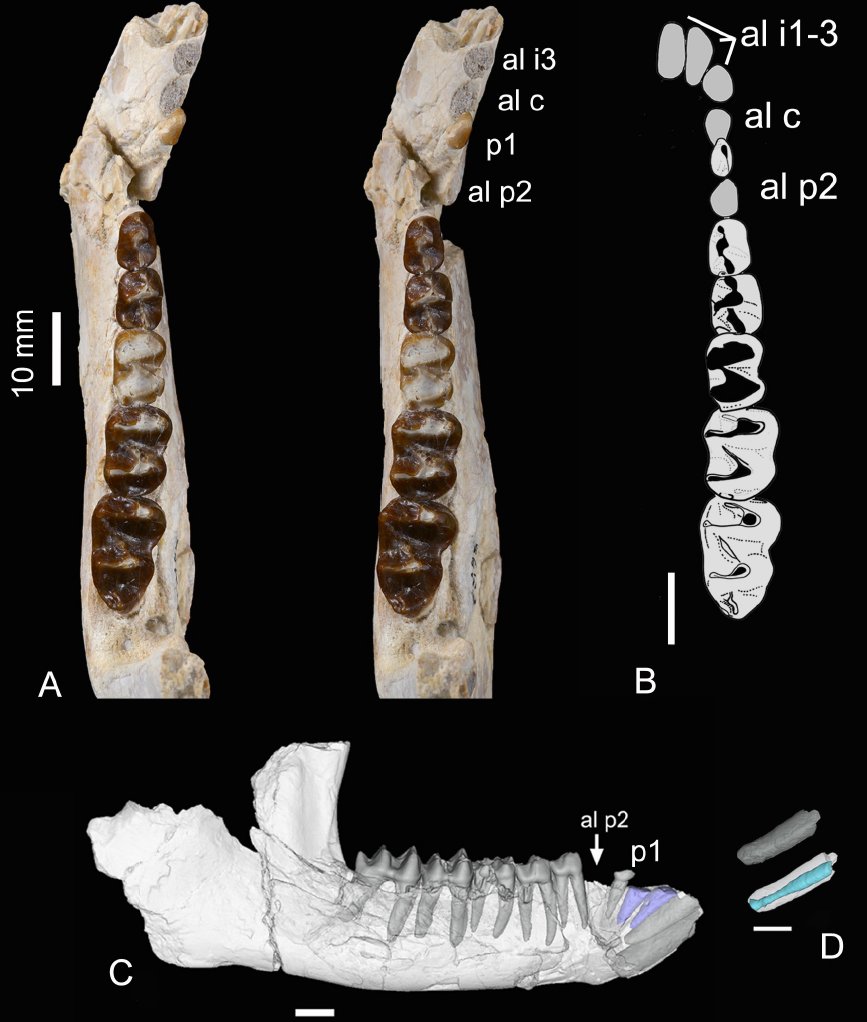 “It’s very exciting to see fossils so old,” said William Sanders, a paleontologist at the University of Michigan who wasn’t involved with the new work. “This maintains the integrity of the group as a true African phenomenon.”

The newly discovered fossil, which consists of a jaw and a collection of teeth found in a Moroccan quarry, indicates the presence of two embrithopod species dating back to 55 million years ago. The researchers classified these species into a genus called Stylolophus.

Other embrithopods have been uncovered in the past, the most famous one being the arsinoithere, a plant-eating mammal that would have been larger than a rhinoceros and boasted two large horns on its snout.

Fossils show the arsinoithere lived between 35 million and 24 million years ago in Africa and Arabia. But before then, fossils from 48 million years ago revealed that smaller embrithopods lived in both Africa and what is now Turkey, making their origins pretty hazy. Stylolophus changes that.

“The discovery of Stylolophus shows that the ancestry of all embrithopods was probably an African event,” Sanders told Gizmodo.

Embrithopods were pretty thick and sturdy, according to their fossil record. The smaller Stylolophus species was probably about the size of a sheep, but much denser and heavier, Sanders said. He speculated it may have even looked like a miniature arsinoithere.

Though many embrithopods probably looked a bit like rhinoceroses, they were most closely related to the animals that evolved into elephants and sea cows. Hyraxes, foot-long, stout, thickly furred mammals, are also at home in this family tree, and genetics show they are more related to elephants, sea cows, and embrithopods than they are to rodents.

All of these mammal groups—in addition to animals like aardvarks, tenrecs, and elephant shrews—are members of a large group called afrotheria, meaning they all originated from a common ancestor in Africa. It makes sense to classify embrithopods as afrotheres, too, with their proposed close relation to elephants and sea cows and newly solidified African birthplace.

“This evidence brings all of these groups way back in time into Africa,” Erik Seiffert, a paleontologist at the University of Southern California who wasn’t involved in the new study, told Gizmodo. “It strongly supports that there actually is an ancient African group that had a common origin.”

Heat up those cloning machines! ...

After back-to-back early earthquakes in...

"Jurassic World" is Getting a 'POKÉMON GO'-Style Game With Dinosaurs

The country's first gallery on robotic...

Fossils of two amphibians that lived within...