“The findings suggest that early whales lost their teeth before the evolutionary origin of comb-like baleen.”

“Baleen works much like a sieve, allowing modern baleen whales to filter huge volumes of small prey from seawater in quantities sufficient to support their massive bodies.”

“Filter feeding in baleen whales represents an innovation without precedent among any other mammals, and its origin has been a long-standing question since Darwin.” 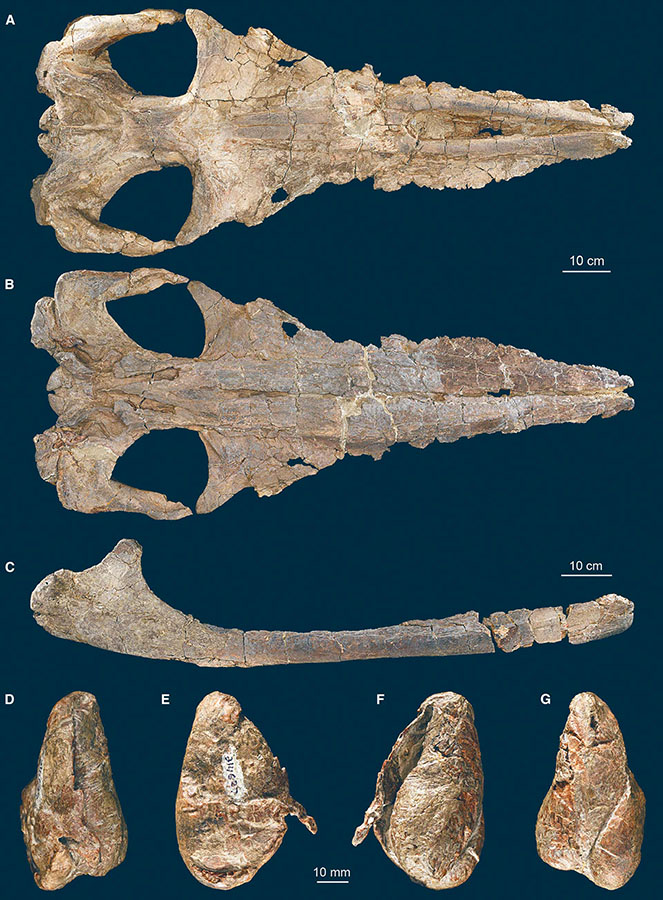 At 33 million years old, Maiabalaena nesbittae dates back to a period of massive geological change.

The age and geographic location of Maiabalaena nesbittae suggested to the scientists that it would shed new light on whale evolutionary history.

Their first surprise was the discovery that the species lacked teeth, making it the oldest toothless whale known to science.

But, the real surprise came when they realized that the fossilized specimen showed no evidence for baleen either.

“A living baleen whale has a big, broad roof in its mouth, and it’s also thickened to create attachment sites for the baleen,” Dr. Peredo said.

“Maiabalaena nesbittae does not. We can pretty conclusively tell you this fossil species didn’t have teeth, and it is more likely than not that it didn’t have baleen either.”

Based on Maiabalaena nesbittae’s relationship to other whales, the findings suggest that whales lost teeth first. Baleen only came later.

The results also help to shape paleontologists’ understanding of the evolutionary origin of baleen, which remains one of the most enigmatic and unique structures in mammals.

“While Maiabalaena nesbittae would not have been able to chew or to filter feed, muscle attachments on the bones of its throat indicate it likely had strong cheeks and a retractable tongue. These traits would have enabled it to suck water into its mouth, taking up fish and small squid in the process,” the researchers said.

“The ability to suction feed would have rendered teeth, whose development requires a lot of energy to grow, unnecessary.”

“The loss of teeth, then, appears to have set the evolutionary stage for the baleen, which we estimate arose about 5 to 7 million years later.”

The research is published in the journal Current Biology.

In secret patches of the south-central...

Though he directed the first two...

Many are fascinated with dinosaurs, soaking...

There are actually a number of...

A team led by Ludwig-Maximilians-...