What If a Giant Asteroid Had Not Wiped Out the Dinosaurs? | Paleontology World

What If a Giant Asteroid Had Not Wiped Out the Dinosaurs? 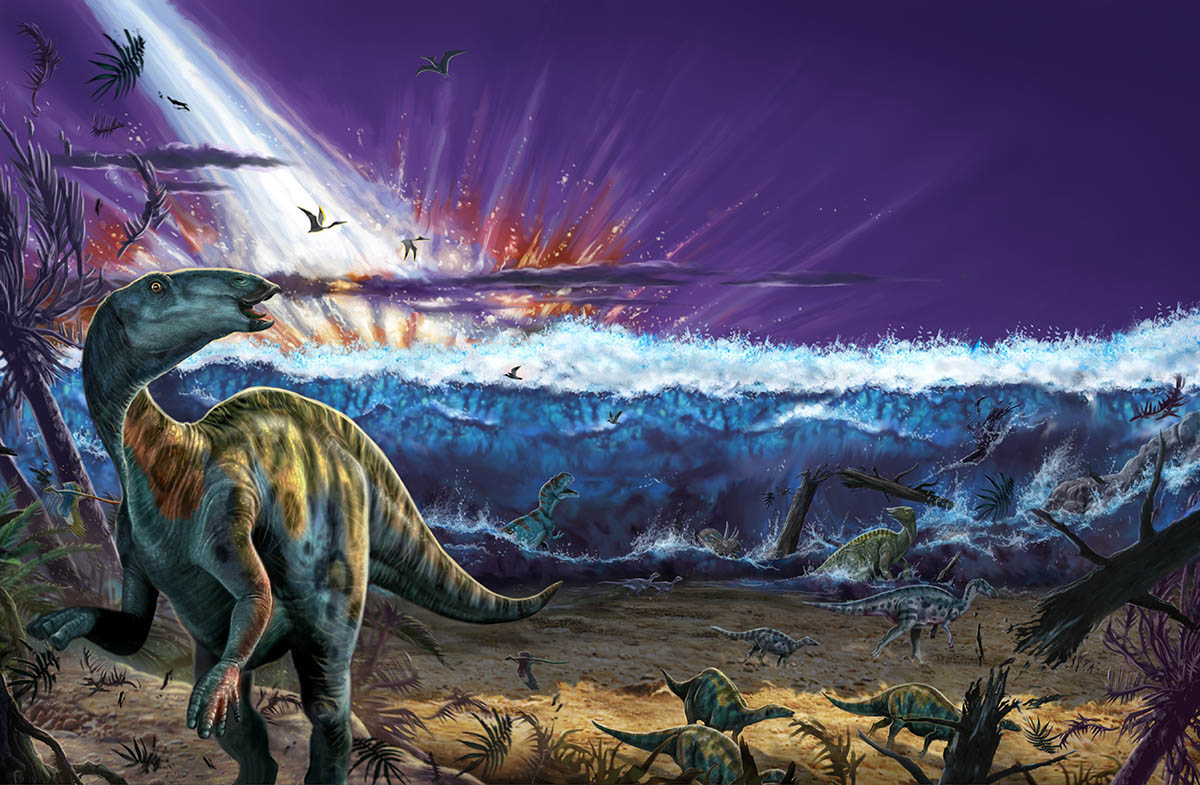 During the new DC Comics Universe series “Flashpoint,” in which a time-traveling supervillain alters the past to warp the present, Life’s Little Mysteries presents a 10-part series that examines what would happen if a major event in the history of the universe had gone just slightly different.

Part 2: What if … a giant asteroid had not killed off the dinosaurs?

Other factors were involved in dinosaurs’ extinction, but the resounding death knell was the impact of a 6-mile-wide asteroid in present-day Mexico’s Yucatan Peninsula 65 million years ago, creating what is known as the 110-mile-wide, 6-mile-deep Chicxulub crater. The event unleashed mega-tsunamis, planetwide wildfires and kicked up enough dust and debris to block the sun and cause a period of global cooling, which killed off many plants. 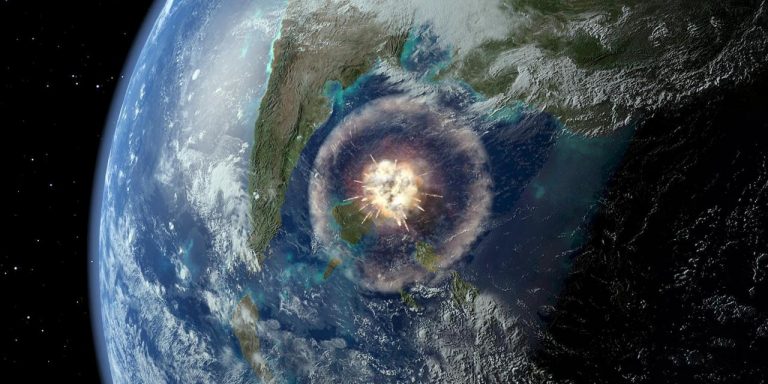 Life would be: Still dinosauric in all likelihood, assuming no other catastrophic, extinction-level events transpired. After all, dinos had a good long run of dominance on land for 160 million years prior, and if that continued, primates like us would not be around, said Damian Nance, a professor of geosciences at Ohio University. Mammals did co-evolve alongside dinosaurs, but they occupied fringe ecological niches and grew no larger than rodents in most cases.

Only with dinosaur plant-devourers gone would there be enough food for mammals to seize the day and eventually give rise to us (knocking out the predators that would eat mammals helped, too). Researchers have speculated that intelligent “dinosauroids” might have evolved in humanity’s place, based on the relatively large brain size of late-emerging trodontid species, which were bird-like predators.

Of course, some of those dinosaurs that have survived into modern day — becoming birds — are quite smart, but not smart enough to have ended up on the other side of the insult “bird-brained.”