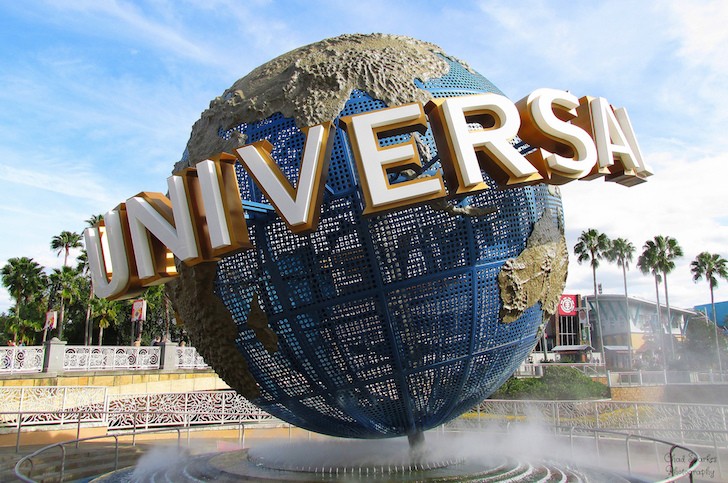 Here in Orlando, there has been plenty of focus on the yet-to-be-announced new theme park that NBC Universal is working on for their upcoming southern campus, but the company's next park to open will be in Beijing.

Slated to open in 2020, Universal has confirmed that the new resort will cost a whopping $6.5 billion, setting a new record for a theme park. While the budget is far beyond what Universal will likely spend in Orlando, the two projects do share other similarities, including being nearly the same size.

We now have new leaks that confirm previously unknown details of the Beijing project, which point to what Universal has planned for Orlando. On the construction message board Theme Parx, a user known as Michael whose profile notes that he is one of the "top investigators" on the site shared various documents that he gathered from exploring Chinese-based, non-English social media platforms and websites.

Then just last week, French-based Disney historian Alan Littaye posted on his site Disney and More other new sitework documents that corroborated the reports originally posted on the Chinese-based sites.

The lushly landscaped resort looks strikingly similar to Universal's current Orlando resort with three hotels, including one that looks like Orlando's Cabana Bay resort and another that seems to have design details of a formerly planned luxury hotel for Orlando.

A waterway links the entire resort complex. Guests not staying on site would park in a surface lot, then cross through a CityWalk-like entertainment complex that looks slightly larger than Orlando's. The Studio's park would be on the right side with a second park that is planned for later located on the left side. On the bottom left of the map shows a Volcano Bay-themed water park.

Over at the Studios park, the entrance would be under a large hotel that looks to be roughly 10 stories tall. Rooms at the hotel would look directly into the park. Other theme parks around the world, including Disneyland Paris and Tokyo DisneySea have similar entrances, but no Orlando parks currently offer hotel rooms that directly overlook the theme park area.

One is strongly rumored for Epcot and the possibility of one for Universal Orlando's new theme park seems very possible, especially considering that these high demand rooms can typically demand higher rates.

When Littaye posted his article he noted that the documents weren't detailed enough to learn about what each land within the new Studios park would include, but what Littaye didn't know at the time was that another document from the project had leaked roughly a week earlier on social news aggregation site Reddit that did provide more details on what the various lands would include.

Altogether, the more than a dozen multiple maps and renderings from the new park that have leaked over the past four weeks provide us with a detailed look at the new resort and Studios park.

Inside the Universal Studios Beijing park, we see a mix of Universal's biggest hit attractions. Guests will enter through a Hollywood-inspired Main Street-like corridor. Like Universal Studios Japan and Singapore, this entrance street has a large glass like cover.

At the end of the street will be a large central lagoon. On the left side of the entrance street is an outdoor performance venue that looks nearly identical to the one located in Universal Studios Florida. Just beyond that is a clone of Orlando's Hulk roller coaster but here it is themed to Transformers. This Transformers-based land will also include a clone of the screen-based Transformers indoor ride.

Moving into the back of the park, guests will enter Universal's first fully enclosed permanent land. Themed to Kung Fu Panda, the new area will have three carnival-style flat rides and what looks to be a large signature dark ride. Kung Fu Panda has been strongly rumored for Universal Orlando's new theme park, as part of a large DreamWorks-focused area that may also include other DreamWorks properties such as Trolls, Shrek, and How To Train Your Dragon.

If Kung Fu Panda does come to the Orlando park, the same dark ride seen in Beijing plans will likely be included in the new land.

Leaving the Kung Fun Panda land guests then enter a small land themed to the blockbuster film more WaterWorld. While the film is known as one of the biggest blockbuster flops in history, Universal has seen massive success with a water-based stunt show based on the franchise. Opening at Universal Studios Hollywood alongside the film's opening in theaters the stunt show quickly garnered a cult-like following and is still a must do for most visitors at the park. It was an opening attraction at both Universal Studios Japan and Singapore, leaving Orlando as the only Universal resort in the world to not feature the stunt show. With the Sinbad stunt show, which has some of the same stunts, closing at Orlando's Islands of Adventure, new rumors of WaterWorld coming to Orlando have cropped up but with extensive pyrotechnics and a finale that includes a seaplane crashing into the performance pool the show may be too loud for the existing Orlando parks that have residential areas nearby. The name WaterWorld also aligns with the strongly rumored "Fantastic Worlds" name for the new Orlando park. A small dining option also looks to be part of the Beijing mini-land.

Next to the WaterWorld mini-land is Jurassic World. An exposed steel coaster anchors the land along with a water ride and an indoor ride, rumored to be themed to the gyro-sphere attraction seen in the first Jurassic World movie.

Some have speculated that Universal might bring Jurassic World to the new Orlando park, but with government documents seeming to point towards a new family attraction in the works for the Jurassic Park area at Islands of Adventure, it seems unlikely a separate Jurassic World themed land would also be the works for Orlando.

In the Islands of Adventure land, the new family attraction doesn't seem to align with anything we see in the Beijing park documents. The expansion plot in Orlando's Jurassic Park area was filled in with the Kong attraction a few years ago, so it is unlikely the gyro-sphere ride from Beijing is brought to Orlando. A rumored update to the Jurassic Park Visitor's Center in Orlando will likely include some of the same exhibits found in the Beijing park version.

In the front right corner of the Beijing park sits Hogsmeade, with the Forbidden Journey ride, the Flight of the Hippogriff family coaster, and a retail street. An expansion plot beside Hogsmeade looks to be roughly the size and shape of Orlando's Diagon Alley.

The final land found at Universal Studios Beijing will be Minion Land, which will be anchored by a copy of the simulator ride found at other Universal parks, including Universal Studios Florida. A secondary family attraction and an indoor play area are also located in the land. An expansion plot will allow the land to eventually nearly double in size.

Back here in Orlando Despicable Me has become more and more a part of Universal Orlando with Minions now being regularly featured in marketing.

The Despicable Me ride in Orlando has a much lower capacity than its counterparts in Hollywood and Japan. At Universal Studios Hollywood the Minions have a mini-land that also includes a spinner ride, similar to Orlando's Simpsons based Kang & Kodos' Twirl 'n' Hurl. In Japan, part of the former San Francisco area was recently transformed into Minion Park where both the simulator and a whip style flat ride, similar to the Alien Swirling Saucers found at Disney's Hollywood Studios.

There have been rumors of a Despicable Me mini-land coming to Orlando, with a second trackless dark ride replacing Shrek, but more recently those plans seem to have been put on hold. One possible explanation for the delay is Universal may be looking at possibly moving Despicable Me to the new South Campus theme park. That would allow Universal to use the current ride building at Universal Studios Florida for a new attraction while also addressing the low capacity of the current attraction.

One notable attraction missing from the leaked Beijing plans is Fast and Furious. As the only attraction Universal has announced for the new park its absence comes as a surprise but after the failure of the attraction at Universal Studios Florida it seems logical for Universal to pull the plug on it. Fast and Furious was to be set in a New York-themed section of the park that was to also have a live Bollywood style musical stage show. In the leaked documents, that show is set in a theater in the Hollywood themed entrance area.

As the Beijing development moves from concept to construction, some of the Beijing team seem to be shifting to the upcoming Orlando park, which Universal has until now mostly relied on third-party creative firms to help develop.

We should learn more about the Orlando plans in the coming months as Universal begins filing government documents that are required to be public in nature. Until then our best indication of what Universal Creative is capable of is Beijing.