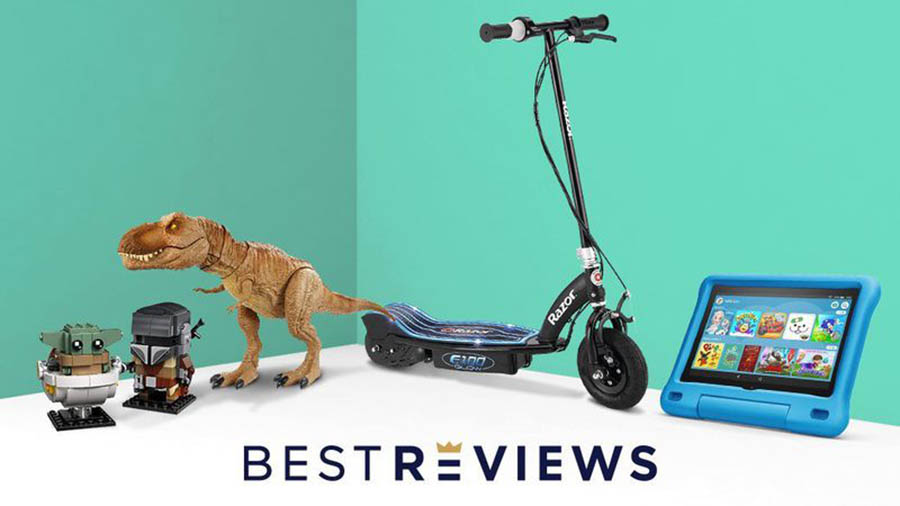 The peak shopping season is upon us, with the holidays right around the corner. That means it’s time to fill out your gift list with this year’s most popular and innovative toys — the ones kids will be excited to receive.

We rounded up some hot new items as well as some enduring old favorites that you won’t want to miss. There’s something for everyone here, with engaging gifts for toddlers and toys that spotlight adolescents’ favorite characters and movies. Even adults will have fun with some of these picks. Read on for all the gift inspiration you’ll need this year.

A kid-friendly tablet that promises endless engagement and activity for the young ones in your life. This edition by Amazon features a durable, colorful case and a free year of Amazon Kids, which offers countless books, shows, and games that entertain and educate. Also available at Best Buy.

The iconic board game Monopoly has endured for decades across various iterations. One of our favorites is this Disney villain-inspired version featuring details and references for both casual and longtime fans. Also available at Best Buy and Macy's.

Inspire a young one in your life to get creative! This tracing pad from Crayola features 100 drawings and a variety of color and design options for kids ages 6 and up.

LEGO BrickHeadz Star Wars The Mandalorian & The Child: $43.99 at Amazon

It's hard to get enough of Baby Yoda. These Brickheadz LEGO toys are delightfully cute. The Mandalorian comes with his blasters, while The Child is presented in his hoverpram so they both can be conveniently displayed. Also available at Kohl's.

If you’re shopping for a little one, check out this popular and captivating toy by Playskool. Suitable for kids age 9 months and up, this toy pops out balls that they can chase around the room or simply watch and enjoy.

A compact and less-expensive alternative to the Nintendo Switch is the Lite. While it's only a portable console and supports games compatible with handheld mode, it's convenient for those who want to play on the go, and it comes in a variety of colors. Also available at Best Buy.

It's one of the most popular games for Nintendo Switch, and for good reason. This farming simulation offers gamers a chance to build a colorful, creative, and cute sanctuary while engaging with others online. Also available at Best Buy.

We're high on the upgrades made to this pogo stick by Flybar, offering safe activity both inside and outdoors. The foam base supports children and doesn't leave any marks, and the stick comes in a variety of colors. Also available at Kohl's and Bed Bath & Beyond.

LEGO Creator toys deliver versatile and clever creations in every box. We love this set that features three mythical and fantastic creatures to build, including a menacing fire dragon. Also available at Kohl's.

This quick and fun card game is as silly as it sounds. With colorful and cute pictures and a straightforward objective, this matching game provides a lot of fun, and some tricks, for all ages. Also available at Kohl's.

Whether you call him "The Child" or "Baby Yoda," there's no debating how cute and loveable he is. This 11-inch toy, inspired by the popular Disney+ series "The Mandalorian," is soft enough to cuddle. Young Star Wars fans will love him. Also available at Kohl's.

We love this interactive children’s book that engages kids as they learn about the worldâs animals. Colorful sights and curious sounds are sure to hold young ones’ attention, and the book offers lessons in both English and Spanish.

For older kids, this electric scooter is a fun, efficient, and safe way to ride around the neighborhood. It reaches speeds up to 10 mph and its battery lasts 40 minutes per charge. Also available at Dick's Sporting Goods.

Many of us are partial to lightsabers, but what about wielding a darksaber? Inspired by "The Clone Wars," this toy darksaber that lights up and makes sounds as kids battle across the Galaxy. Also available at Kohl's and Best Buy.

Inspired by the animated series "Jurassic World Camp Cretaceous" comes this T-Rex that roars, shakes, and moves. This toy is sure to show kids why the Tyrannosaurus was among the most fearsome predators that ever lived. Also available at Best Buy and Macy's.

One of our favorite Avengers, Captain America, is featured in an adorable Funko Pop! This version of the noble leader is inspired by “Avengers: Endgame,” holding a broken shield and (spoiler alert!) the mighty hammer of Thor.

We welcome a less-ferocious T-Rex toy to our list this year, with this adorable figurine coming as part of a fun Paw Patrol set. It features a motorized vehicle and Chase leading the Dino Patrol, ready to wrangle and return the T-Rex home. Also available at Kohl's.

It doesn't matter that Spider-Man rarely hops on a motorcycle because this cute ride will enthrall all his young fans. Safely designed for ages 18 to 30 months, this battery-powered motorcycle will enchant your toddler throughout the day. Also available at Dick's Sporting Goods.

For video game enthusiasts who want to take their "Fortnite" love to the real world, we recommend this NERF blaster inspired by the hit multiplayer game. It's safe and lightweight, and it makes a fun addition to any NERF lineup. Also available at Kohl's, Best Buy, and Macy's.

Disney Pixar’s much-anticipated film”Soul” hits Disney+ in December and tells the story of a musician and teacher seeking inspiration. We love this cute and cuddly plush of Joe’s soul that provides lights and sounds for a truly uplifting experience.

We can't get enough of this exuberant and silly card game that finds players trying to avoid the dreaded Exploding Kitten card. This family-friendly version welcomes ages seven and up and makes for a lively and quick game, especially during the holidays. Also available at Best Buy and Kohl's.

Now for something a little odd. This lively plush flamingo chats, sings, wiggles, eats, and fairly often, goes to the bathroom. He comes with his own toilet, and he’ll be sure to let the kids know when he’s gotta go!

This is no ordinary puzzle. From a trusted name in quality puzzles and games comes this 3D offering, which provides a creative activity and a practical reward upon completion. This sneaker puzzle welcomes ages eight and up.

This holiday-inspired version of Wonder Woman is both fierce and adorable: She’s bundled up and ready to brave the cold, her Lasso of Truth replaced with one made of Christmas lights that do, in fact, light up. Season’s greetings!

We may earn a commission if you purchase a product through one of our links.