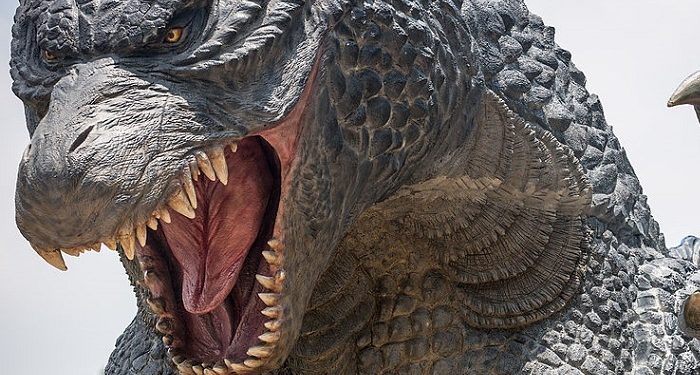 If dinosaur fever was going to reheat amidst the rash of reboots, it had to be through Jurassic Park. Its critical caliber towers over the genre like its unmistakable Tyrannosaurus silhouette.

That dominance is almost, if only a little bit, unfair. There have been a handful or two of other respectable cinematic takes on prehistoric herps.

But enter “dinosaur” in an Internet Movie Database search, and the top three matches come from the Jurassic Park franchise. All five of the completed installments comprise half of the top 10.

In fact, those five are the only IMDB top-10 “dinosaur” films where such animals are a focal point. Several more heavily involve cavemen (hardly surprising), and others center on robots (less likely).

There are also plenty of unremarkable productions (Prehysteria!, anyone?). Then there is the occasional Razzie-caliber dud (e.g. Theodore Rex). But channel a pinch of your inner paleontologist, and you will find more bona fide and well-received dinosaur flicks. Solid sound and visual effects often make a crucial difference.

None have matched the overall legacy of the Jurassic Park movies, but the following have made the most valiant pushes. All dates and award details can be found on IMDB.

T-10. Journey to the Center of the Earth (2008)*
This was one project technically qualifying as a dinosaur movie. The creatures are not central to the plot, but arguably more involved than in others that would loosely pass for the category.

At any rate, this was a BMI winner for film music and a nominee for the Teen Choice Awards’ top action or adventure summer release.

T-10. Land of the Lost (2009)*
Yes, the Teen Choice panel did consider this full-length adaptation of a classic TV series for choice comedy. But the majority of the recognition came through a rash of Razzies.

The visual effects earned recognition from the Australian Academy of Cinema and Television Arts (AACTA) Awards. In addition, the sound-mixing crew was nominated for a Cinema Audio Society award.

8. The Great Valley Adventure (1994)
Of the 13 direct-to-video follow-ups on The Land Before Time, the first was the only one to make a critical splash.

That splash was a single drop, but a nonallergenic one at that. The Great Valley Adventure was up for the title of best animated video production at the 1995 Annies.

7. Godzilla (1954)
The original Japanese take on the iconic T-Rexian leviathan is an embodiment of delayed gratification.

Together with its ensuing sequels, it nabbed a 2007 Saturn for best DVD classic film release. One year later, it was up for similar recognition from the same specialized academy.

6. The Land Before Time (1988)
One of the earliest specimens of the pop-culture dinosaur renaissance, this kids’ cartoon found its way to the Saturns. The guild specializing in sci-fi, fantasy and horror nominated it for best fantasy film.

Among other competitors, it was up against Big and Scrooged for that title. It ultimately lost to Who FramedRoger Rabbit. But as noted, starting six years later, it generated a slew of sequels plus a TV series.

As a bonus, for casting child actors to voice the young protagonists, The Land Before Time earned consideration for best family animation from the Youth in Film Awards.

5. Godzilla (2014)
Granted, the Golden Schmoes signified the adaptation’s letdown from its promotions. It was nominated for both “most overrated” and “biggest disappointment” of 2014.

But not everyone passed it by for praise. The Saturns considered Godzilla for best science-fiction film and best music. The visual effects were also singled out for a Gold Derby nomination.

4. Dinosaur (2000)
Disney’s summer blockbuster from the last year of the previous millennium brought dinosaurs back to the Saturns. Like The Land Before Time, it was up for that academy’s best fantasy film title. In addition, its music arguably carried it and was on the Saturn ballot in that category.

Moreover, the Annies had Dinosaur on five lists of finalists, ranging from storyboarding to directing. Less mainstream guilds worldwide combined for a host of other favorable recognitions, including a best-sound victory at the 2001 Satellites.

3. Ice Age: Dawn of the Dinosaurs (2009)
The third of five Ice Age films disregarded scientific consensus on the timeline of prehistoric species. That and other nitpicks aside, the mammal-centered saga cultivated its share of noteworthy accolades upon integrating terrible lizards.

The voice acting and music in Dawn of the Dinosaurs both earned Annie consideration. As a whole, the project was up for best animated film at the Saturns and favorite family movie at the People’s Choice Awards.

2. The Good Dinosaur (2015)
Coming out prior to Thanksgiving, five months after Inside Out, The Good Dinosaur was arguably overshadowed by a fellow Pixar release. With that said, it performed well among some of its best bets for accolades.

With outstanding achievement for animation effects, it prevailed in one of its nine Annie nominations. The Annies, Saturns and even the Golden Globes accounted for its high-profile nominations for best animated film.

At the latter all-encompassing show, The Good Dinosaur brooked no disgrace by losing to its Pixar contemporary.

As a TV movie, this two-and-a-half-hour production was eligible for Emmys. In 2003, it would appear on the prestigious primetime ballot for both its music composition and visual effects.

Across the Atlantic, The Lost World’s visual, sound and music teams were all up for a BAFTA in 2002. It thus garnered esteem for finding the keys to translating a time one can only imagine to a motion picture.

Fossils of ancient arthropods discovered in...

A museum in Brabant is to be the first in...

A new study by a former University of...

A team of researchers said Wednesday that a fossilized non-avian dinosaur egg, discovered in western Japan in a stratum dating back...

The cervical rib of a long-necked dinosaur from northwest China provides the oldest known evidence to date that early mammals fed on...

After a months-long delay, Sam Neill will finally get to suit up for...

A collaboration led by the Royal Ontario Museum (ROM) and McMaster University has led to the discovery and diagnosis of an aggressive...

Jurassic Park: What Happened To The Girl At The Start Of The Lost World

Young Cathy (Camilla Belle) has a terrifying encounter with some Compys at the start of...

The Famous Google Dinosaur is Hidden in Android in QR Codes

Google Chrome adds a new function with its latest version that generates QR codes decorated with the popular dinosaur....

Samuel L. Jackson had a small but memorable role In Jurassic Park. Here's what became of his character, the chain-smoking chief...

A new genus and species of owl that lived 55 million years ago (...