Jurassic World Evolution Troodon – How to Get the Troodon | Paleontology World

Jurassic World Evolution Troodon – How to Get the Troodon 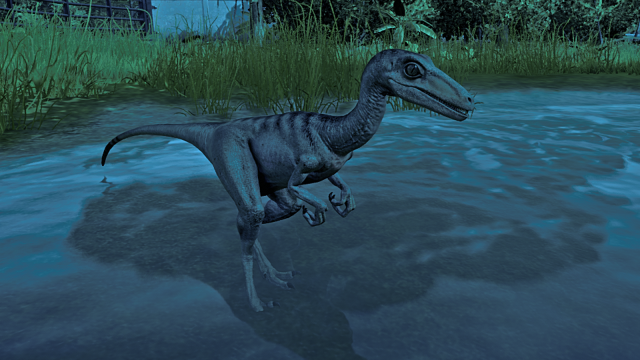 The first expansion for Jurassic Park management sim JURASSIC WORLD EVOLUTION, Secrets of Dr Wu, is now here. As the biggest piece of Jurassic World Evolution DLC to date, the expansion adds new missions, new island locations, and especially new dinosaurs. The most significant of these is perhaps the JURASSIC WORLD EVOLUTION TROODON, a venomous carnivore. But how do you get the Troodon, and has it been in the Jurassic Park franchise before now? We’ve got the answers.

How to Get the Jurassic World Evolution Troodon

After buying Secrets of Dr. Wu, to get the Troodon you’ll first need to travel to the new island location, Muerta East. You’ll need to get four stars on Isla Muerta, the game’s second island, to unlock it. After that’s done, you’ll get a call from Dr. Wu inviting you to the new location.

Once on Muerta East, start building your park and completing Contract missions. To get the Troodon, you’ll especially need to concentrate on Security Contracts. Complete these and get your Security reputation score to around 40%, at which point you’ll receive the special Security mission, which begins with incubating and releasing a Troodon. You’ll now have access to the Troodon, but you’ll have to get its genome to 50% by sending teams to gather fossils first. You’ll find Troodon fossils at three digsites in the US, including one in Alaska.

Has the Troodon Been in the Jurassic Park Movies or Games Before?

The Troodon is mentioned briefly in Michael Crichton’s Jurassic Park sequel novel The Lost World, but they have not appeared in the movies as of yet (and probably never will after the apocalyptic events of Jurassic World Fallen Kingdom). They have had sporadic appearances in games such as LEGO Jurassic World, but they did play a starring role in Telltale’s Jurassic Park: The Game for PC, Xbox 360 and PS3, where they were introduced as the big new threat hunting down the characters.

Why reading about paleontology will make you want to go...

The footprints, first detected in Yanqing in...

World's Largest Dinosaur in Drumheller is Getting a $300,000 Makeover

14 Most Unusual Dinosaurs That Lived in What is Now Russia

5 Cool Dinosaurs Discovered After You Were a Kid

There are probably more paleontologists out...

Utahraptor Rips Way Through Senate Toward Becoming the State Dinosaur